My 6 year old son, 4-1/2 year old daughter and I had stopped at a local establishment for lunch. My son got out of the car and closed the door not noticing that his younger sister was also on the way out his door. She wasn't injured physically but was hurt by the insult of having the door slammed on her. She began to cry and cry and at first my son wanted to cast the blame on her and tell her that she shouldn't have come out his door, etc.

I stopped him by saying, “She's really upset. Let's just listen to her have her feelings about what happened right now.” I put an arm around her and he came close and we both just gave her our attention while she cried. When she finished my son apologized to her instead of offering the lecture he initially wanted to offer. I think the listening to her cry helped him too!

She readily accepted his apology, which she won't typically do when she's hurting. They walked arm and arm into the restaurant while my son gently reminded his little sister that she should let him know when she's coming out his door so that won't happen again. This is an especially powerful example for me of how listening to someone who is hurt can make way for clearer thinking, compassion, understanding and love on both parts. I wish my children got along that beautifully all of the time but I'll take the moments when I can get them!

—A mother from Maine 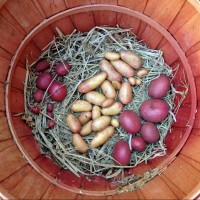