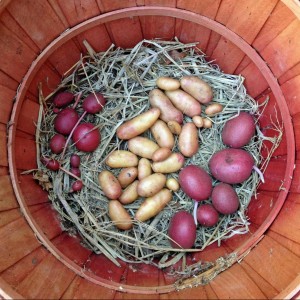 My son had been really anxious about going to school.  He was having a tough time getting along with the kids in his kindergarten class.  One morning, in the car on the way to school, he was telling me that his stomach hurt and he couldn't go to school and I put on my very best warm and confident voice and I told him, “You're a good person and I know you can get along with the other kids.  You can do it.”

Good thing I had taken a Hand in Hand class. When I could get a word in, I told him he was a good person,  that he has a good heart, that he can get along with other kids and that he didn't deserve to have anything bad happen to him.  He actually begged me to stop telling him he is a good person.  The feelings just poured out.  It was an amazing and humbling thing to see so much raw feeling bursting out of that small person.

Turning around to make eye contact and speaking warmly and softly and reminding him that I love him and his dad loves him and giving examples of when he has acted kind or generous or thoughtful all seemed to make things “worse”—because more feelings kept pouring out.

It was hard for me to see him hitting himself and screaming awful things about himself.  But I didn’t want to do anything to interrupt the outpouring of feelings and miss the opportunity for him to share them and get them off his chest.  It was very helpful to gain that insight into how my son felt about himself that morning and how far those feelings went back in his own history.

I now take more opportunities to try to give him concrete examples of the positive attributes he displays.  I felt totally blessed to have that information about the divorce and in the following weeks I arranged some indirect communication with my son that allowed me to reiterate the fact that it’s never the child’s fault when parents divorce.

Now my son is gaining confidence and is doing much better socially with his classmates.  He no longer complains of a stomach ache every morning before school.  He still needs to melt down and voice his doubts about whether he is a good person or not on occasion, but, overall, we are all feeling much better!

— A Parent from Ohio