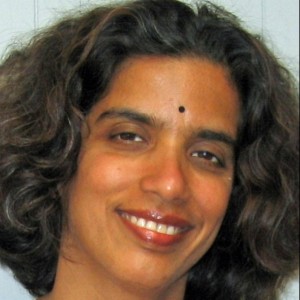 Intense Emotions and Solid Engagement – With the Magic Number Fifteen

Fifteen minutes of staylistening followed by fifteen minutes of hanging out (aka Special Time) turned out to be the magic formula for my then fifteen-year old daughter on this particular Sunday evening.

My daughter was in a crabby mood. She had just started a class in political science at the local community college, having signed up for it because she cares deeply about social and environmental justice. But the thought of having to do homework must have been nagging her and weighing her down. In the afternoon she had sung with her choir group in a wonderful performance and the music was still reverberating in her mind (and mine). There was no space in her mind to focus on homework. Yet, it had to be done. She had to read her textbook and then do an online quiz.

Finally, she started reading the required material. And then it happened. The tears started pouring down. The material in the textbook had moved her and allowed her to release her pent-up emotions. All of the crabbiness was a layer that eventually gave way to real feelings that had been waiting to come out. She was convinced that nothing anyone could do on this planet could ever set right all the wrongs done by humanity, both to humanity in general and to the planet at large. “Human beings have destroyed this planet. The rich get richer. How can they be so greedy? How can they do this knowing that so many people are suffering? Why are they destroying everything around them and the human race itself?”

There were intense emotions. It all came pouring out. It was now late in the night and I was tired. She needed to wake up very early the next day for another class. I was feeling the pressure of her needing to get some sleep. But I knew from past experience that if I focused on her sleep rather than on her feelings, then neither would get addressed! So, despite my own tiredness, I fortunately managed to listen to her feelings. I didn't tell her that things would get better, which I sometimes do. Instead of reassuring her, I simply gave her my full attention with love, just listened to her, and shared the sorrow about the amount of injustice in the world. I found myself crying too, though I didn’t want her to be distracted by my tears. Thank goodness my tears didn’t seem to interfere with her emotional process. Perhaps she even found it supportive to know that I felt the injustice too.

After about fifteen minutes of this, when I asked if she wanted to go out and get some fresh air, she came out willingly. Although I had suggested the idea, the rest of the time definitely felt like Special Time, because I let her direct the walk around the neighborhood. The air was cool and invigorating. She noticed a tree that neither of us had noticed before that had fruit that neither of us recognized. She skipped with a lighthearted gait. I just enjoyed watching her and being with her. She noticed a little toddler going for a walk with her mother. We were both captivated by the daughter's cute and determined footsteps, so we crossed the street to say Hi. And I delighted in how my daughter interacted with the toddler. Apparently the mother had tried all sorts of ways to get her daughter to eat her dinner, but had finally resorted to taking her for a walk while trying to feed her at the same time! We soon continued on our walk. There was more light-hearted skipping and talking. For a short while, my daughter’s mood shifted again and became a bit heavy, but she shook it off. The outside air sure did help with that. And after fifteen minutes of walking, we were back home again.

Shortly after that she took a quick shower and came back down to finish reading the assigned chapters in the book. She asked me about Ponzi schemes, hedge funds, and other economic and financial matters mentioned in her textbook. I was pleased that her mind was re-engaging in the material and gladly discussed it all with her. Now that she had managed to release those yucky feelings, she was finally able to think straight! Soon she disappeared into her room again to finish reading the text. She came down shortly after that again and told me confidently that she was ready to take the assigned online quiz. It took her fifteen minutes to do the quiz and she aced it!  She felt so pleased with herself and I was so glad for that.

Of course, she still needed to wake up very early the next morning and I worried that she was not getting enough sleep. But she went to bed with a clear mind and a light heart. And I couldn't have been more pleased about that!

—Certified Parenting by Connection Instructor  Usha Sangam.  You can connect with Usha in her next Building Emotional Understanding class.

Usha is a former Hand in Hand Parenting Instructor.