My 7-year-old daughter, M, returned home from trick-or-treating this Halloween with a bag of candy that weighed at least 5 pounds. In past years, she would eat a few pieces of candy Halloween night, we would put the bag up away from the dogs, and then she could choose a piece each night after dinner. She would forget it was there after a couple of nights, and then we’d bring the rest into work for the office candy bowl. It didn’t quite work that way this year though.

My 7-year-old daughter, M, returned home from trick-or-treating this Halloween with a bag of candy that weighed at least 5 pounds. In past years, she would eat a few pieces of candy Halloween night, we would put the bag up away from the dogs, and then she could choose a piece each night after dinner.  She would forget it was there after a couple of nights, and then we’d bring the rest into work for the office candy bowl. It didn’t quite work that way this year though. 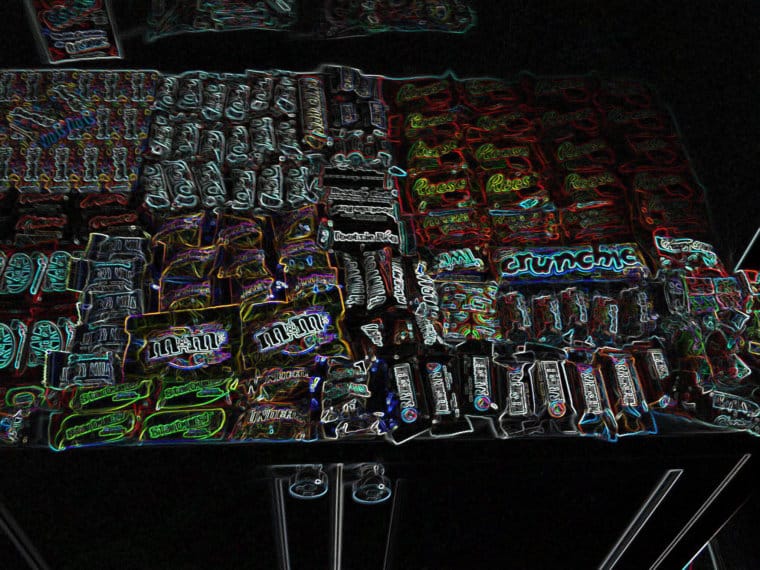 On Halloween night, she and her trick-or-treating buddy dumped out their haul, sorted it and swapped some, and then bagged it up in little baggies to take home, with plans to eat as much of it as possible whenever they could.  We instituted the same rule about one piece a night, and thought it might fade out over time. Instead, there was persistent questioning and negotiating every day, sometimes starting in the morning at breakfast, about when and what kind of candy she would be eating: Could she pick out her piece before dinner? Could she take a piece to school for a friend? Could she have two pieces if they were on the small side? Could she eat more if we shared them? Could she earn a piece for doing chores? What if she ate more at dinner?

But the big question was, could she eat as much as she wanted if it was Special Time? We had been doing some Special Times where she was allowed to eat whatever she wanted, but this was before the arrival of the Big Bag of Candy. I found myself not wanting to schedule Special Time because I had visions of her just gorging herself on candy and then being super wound up all night. I tried to figure out how much she could possibly eat if maybe I just did a 2 minute Special Time. I also was getting irritated with the incessant questioning about the candy every day and it was starting to dominate our interactions. It was clear that she was going to remain focused on it as long as it was in the house, and I didn’t think it made sense for her to eat candy every day for the foreseeable future.

The Big Bag of Candy became an out-sized presence in our family life – a frequent topic of conversation, conflict, and limit setting. For me, the most obvious effect was that I was not setting up Special Time for my daughter, which she had been making such good use of for a long time. But I wasn’t sure how to change the situation in a way that didn’t feel punitive or shaming. I spent a bunch of listening time on my feelings about the candy (my irritation that it was getting in the way of wanting to do Special Time, my frustration with a cultural tradition that encourages anyone to eat so much candy, wanting to eat some myself and finding it distracting when I was trying to improve my own diet, etc.)

Inspired by a friend of mine, I decided that I would let M trade in her candy (to me) for a game or a toy. I announced this plan to her and said that by Thanksgiving we would make the trade and we could get on the internet and research possible games she might want to get in exchange. She protested a bit, and really pressed me on what I’d be doing with the candy once she traded it in. A few days before the trade-in date she asked if she could start having two pieces a night. So we said she could. I started to have some feelings about the trade too. I felt bad about taking something away from her that she was so excited about having gotten for herself. So, more listening time for me. I spent one listening time just talking and laughing a lot about how yummy candy is, what it tastes like, what my favorite kinds are, how much would I eat if I could, etc. At one point, it became clear to me that it was fine for my daughter to really like the candy, and she didn’t also need to eat it all.

So, I decided that on the night of the trade-in, we would have a ‘Love Your Candy Party’, so she could fully enjoy having her candy and then let it go. I told her that she could spread the whole bag out on the table, look through it all, and eventually pick two to eat before we’d pack it up and order her game. She was super excited about this idea and totally ran with it. We both looked through her candy, talked about all the kinds, ranked them by yumminess, and sorted them by kind.  She went back and forth deciding which two she was ultimately going to eat. Then she went about eating them, and it was truly a Love Your Candy event! She announced with glee “Watch, this is how I eat my candy!” and proceeded to dance and sing and take long extended bites where the caramel would stretch out in long tendrils. She rolled around on the floor with her lollipop singing about candy and inserting break-dancing moves here and there. I was laughing and really enjoying seeing her complete enthusiasm and enjoyment.

When it was time to pack everything up, she matter-of-factly put all the little baggies of sorted candy into her big bag and we got onto the computer and ordered her game. I am amazed to say that there has been no more attention going towards the candy since that night. We’ve had lots of fun together playing with her new game, and most importantly, I’ve been excited to set up frequent and regular Special Times again!

~ Maya Coleman is a Clinical Psychologist in private practice in Washington, DC, and a Certified Parenting by Connection Instructor. She can be reached by phone at (202) 413-6853 or by e-mail. You can also visit Maya's website.