How can I help my child stop hitting his siblings? 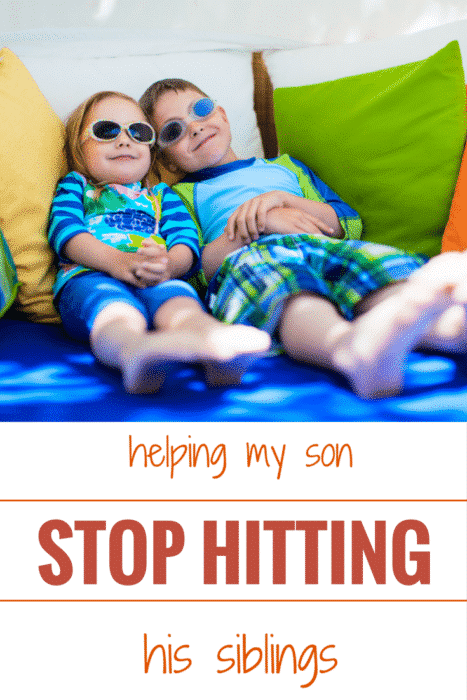 Q: Over the past few years my 6-year-old son has become more and more aggressive with me, my husband and, most concerning, his 3-year-old sister and his older brother. I don't know how to get him to stop the aggression. We can't spank him as this is ineffective. He won't stay in a time-out and if we put him in his room, or any other room, he destroys everything in sight and it only makes him more angry. We also try holding him but he fights and wants to be let go. The strange thing is, he is an angel at school and never mean or aggressive with anyone outside of our family.

If his siblings don't play with him or give him something when he wants it he attacks them. Or if they are sitting too close, or in his space, he starts a fight. I live my life playing referee with him and his aggression.

Sometimes I can pinpoint a trigger like hunger or sleepiness. Other times I don't know when he's going to snap. We are tired of walking on eggshells and worrying about him really hurting his sister. How can I help him stop hurting his siblings?

A: It sounds like you're in a difficult spot and I'm glad you reached out. It's incredibly frustrating to feel like you've tried everything you can think of but nothing has helped. As you mentioned, most traditional parenting approaches that focus on controlling a behavior- yelling, time out, spanking, etc., often make things worse even though they occasionally stop the behavior for a little while. Parenting by Connection is different. When you focus on strengthening the sense of connection between you and your child, he will feel the safety he needs to work through what's troubling him. When you help him work on the difficult feelings that give rise to the offtrack behavior in the first place he'll come out on the other side more relaxed, cooperative, and comfortable with himself and others.

It can be helpful to look at aggression as a call for help. An aggressive child is a scared child. When he lashes out he literally can't think. He doesn't want to hurt you or his siblings and, even if you can't tell, feels even worse each time he does. He needs you to intervene, stop the behavior, and stay with him so that he can release the painful feelings that weigh so heavily on him. It sounds like he's been carrying these feelings for a long time so you most likely have an emotional project ahead of you. The good news is that you haven't given up. There's nothing wrong with your son, or with you, and there are tools that will help.

The first thing to do is to start regular Special Time. Special Time is a wonderful way to help your son feel your love for him and establish the safety he'll need to work through his big feelings. Let your son know that for a given amount of time (10 minutes is a good place to start) you're going to give him all of your attention and he can choose to do whatever he wants with you. Schedule it in advance so he can look forward to it and set a timer so you're not the one ending it. During Special Time be as pleased with him as you can, whatever he shows you. Focus on your love for him, be extra enthusiastic, take the less powerful role, notice how he uses his time with you, and notice how you feel.

One thing to be aware of is that the ending of Special Time can stir up feelings of desperate need for you. This gives you the perfect opportunity to help him work through separation fears. These fears land on every young child as no parent can be there each time a child wants them. In some children who have faced challenges like a difficult birth, early hospitalization, separation from caregivers, significant anger or stress in their families, etc., these fears can be significant and pop up in all sorts of ways. If your son gets upset when the timer goes off move in close and listen. If he's comfortable enough he'll show you how hard it feels to ‘lose' you. Remember that you don't have to fix anything as you give him space to feel his feelings. If he cries try to be as present as you can, an emotional anchor in his storm, and let him keep crying. Tell him that you love to be with him and that you're looking forward to the next Special Time, but Special Time is over now. This is called Staylistening.

As you begin to focus on strengthening connection with Special Time and helping him offload fears with Staylistening it will be important to keep close watch on the aggression. It sounds like you know that he tends to be aggressive with his siblings in certain situations. When you have a sense that it's likely to happen, stay close and be ready to intervene. If he moves toward his brother or sister be close enough that you can gently wrap an arm around him or hold the hand that's about to hit. Instead of getting mad at him, pull him close and calmly tell him ‘I'm here to help. I'm not going to let you hurt your sister. Your support when he's feeling overwhelmed will probably open the floodgates. He may burst into tears or turn his anger on you. Either way, be with him and Staylisten. His outpouring of feeling is part of a healing process and he needs you right there with him so he can feel your love and support as the hurt comes pouring out. If he fights with you make sure to keep both of you safe. You might need to hold swinging arms or put a pillow or wrestling mat between you so he can fight against it rather than you.

You mentioned that when you hold him he fights for you to let go. If you let go and he continues to be aggressive, he's communicating that he needs you to stop him.You can calmly tell him you don't want to hold him but it's important to keep everyone safe. As he fights against you remember that the real fight is an effort to heal the feelings of powerlessness or fear that landed on him at a different time. Remind yourself that he's fighting for himself and you're right there with him to help. In order for your closeness to be helpful you have to be sure that you're feeling calm and supportive. His limbic system is tuned into the nonverbal clues you're sending his way and if you're angry he'll know it, even if you don't say a word. If you're in the right frame of mind stay with him. If not, don't. Find some other way through. Holding him when you're angry will likely make things worse.

This is hard to do! Being with a child who directs intense anger and/or aggression at you is a major challenge for any parent as it stirs up our own feelings of fear and helplessness. Even in the best situations parenting is deeply emotional work and all parents need emotional support to be with our children in the ways we aspire to. When you're dealing with a long term emotional project support for yourself becomes even more important. Building a few regular Listening Partnerships will help. It's difficult to explain how much you gain from having someone to listen to what's going on for you without judgement, advice, or interruptions. You can search for anecdotes that describe how it works on the Hand in Hand blog or check out the self guided class, Building a Listening Partnership.

You can stop walking on eggshells. Know that he's carrying difficult feelings that result in aggression towards you, his dad, and his siblings and know that you can help him through. He doesn't want to hit. He's trying hard and looking to you to help him offload the feelings that give rise to the aggression in the first place.

Good for you for working so hard to find a way to get through to him.

What drives your child's challenging behaviors?

In this free class you'll learn what drives kids hard-to-handle behaviors, and you'll get practical, science-backed tools to use with defiance, tantrums, separation anxiety, crying and more, so you can calmly parent with confidence in a way that actually supports your child.

Watch now or later! Book a time to watch that's most convenient for you. 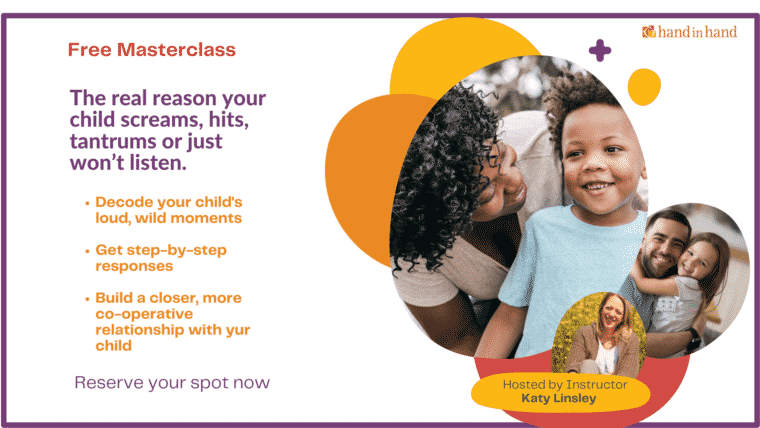 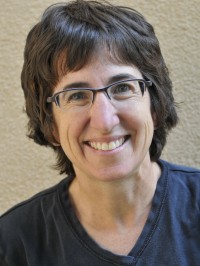