Getting Support As You Raise Siblings

When our children hurt each other, we need help ourselves

Seeing one sibling hurt another is one of the most trying times in our lives as parents. It makes us feel like we aren’t succeeding at the really important part of parenting. And often, it sets us up to be harsh toward the child who did the hurting, even though we love that child deeply.

Sometimes, when the hurting has become frequent, almost habitual, sibling troubles infect the way all the members of the family feel all of the time. As hard as these times are for us, we need to keep the perspective that they happen in just about every family.

Perhaps we’ll come to a time in human history when life is so gentle that sibling aggression is rarer, but we’re not there yet. One difficulty we have in finding good ways out of sibling tangles, little or big, is that we parents generally haven’t seen parents handle sibling difficulties without harshness. It feels like harshness is necessary, even justified, to get the aggression to stop. But if we reason things through, it’s hard to see how harshness from a grownup could beget love and tenderness between children. There must be a better answer.

And there is, but it’s not easy. I think the most effective answer lies off the beaten path of a parent’s life. Since it works so well, here goes.

Support Yourself As You Support Them

When our children begin to fight and it creates upset in the family, it’s time for the parent looking for a solution to find a listener. Parents with fighting siblings get upset. Upset people don’t solve people problems well. 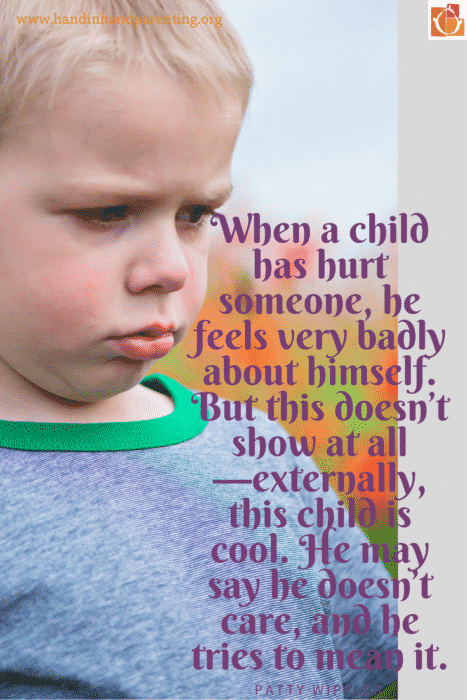 We have to be able to win the hearts of our children back to us, before they can love each other well again. And to win a child’s heart, a grownup needs to shed his doubts about the goodness of the child. When our children fight, it’s easy to lose sight of the fact that they are good children.

When they fight, at least one of them is experiencing a blackout in his thinking. He hasn’t stopped being a good person, he’s just stopped thinking. It happens to us every day too. For example, when our children fight, we often stop thinking.

So a good first move is to find someone who can, without interruption, judgment, or advice, listen to you talk about the child who gets lost in upset.

Talk Through Your Triggers:

Telling someone about each of these threads of experience and feeling will help. If you can show some of the feelings that arise, all the better. The feelings are sitting there, waiting for release.

Sometimes, it helps to talk about the situation several times. Don’ make your children listen to the stories you have. They are best saved for other adults.

When One Child Has Hurt Another 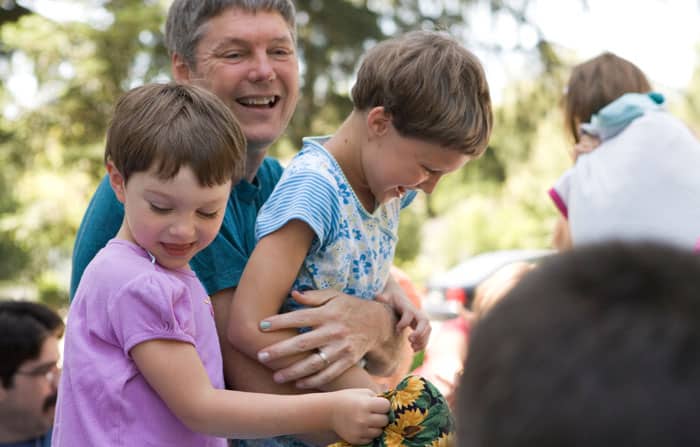 When you haven’t been able to get to your children in time to prevent blows from falling, you usually have one who is hurt and crying, and one who seems remote, uncaring, and defensive. And, truth be told, you usually have at least one really angry parent on hand, too!

First, make sure no more harm can come. Separate the warring parties, so kicks can’t land and pinches flail in the air. You don’t have to move them into separate rooms, just put a foot or two of space between them.

Second, odd as it may seem, apologize. “I’m sorry I didn’t get here sooner. I didn’t know you were getting upset,” goes a long way toward thawing out the child who did the hurting.

When a child has hurt someone, he feels very badly about himself. But this doesn’t show at all—externally, this child is cool. He may say he doesn’t care, and he tries to mean it.

But actually, children don’t really want to hurt anyone. They are as mystified as you are about what makes them do these things. They feel guilty, and guilt paves over a person’s ability to feel anything. Guilt is like a heavy cement cover on the sadness and fears underneath the surface.

When you apologize for not getting there in time to prevent harm, it helps move the guilt away from the aggressor child. With less guilt sitting on him, he'll be able to cry with you much sooner about the underlying feelings that drove him toward such hurtful behavior. 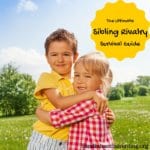 Are your children fighting with eachother? Get your Ultimate Sibling Rivalry Survival Guide to help keep the peace. 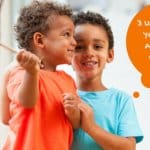 Are you looking for some more ideas on how to end aggressive behavior?Get your free video tips now.