Helping My Toddler with Her Fear of Dogs

After the incident, my daughter refused to go out of the house for the next couple of days. She would start screaming as soon as I would open the door. I took her gently in my arms and showed her out the window that the dog was in the kennel now and then we went outside. She wouldn’t let go, she stayed in my arms. The next day again we went back outside, and I called the dog to let her see that the dog couldn't get out of the run. 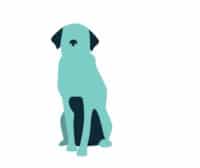 One day, at the end of May, my daughter went out of the house to play in the yard. She went before me and I stayed behind to tie my shoes. Ten seconds later I heard her screaming like crazy, but I thought she was screaming because I didn’t come out sooner. I tied my shoes and went 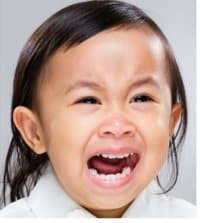 out to find her petrified, crying and obviously afraid of something. I took her in my arms and told her I had arrived she could stop crying, but she signaled me (she was 20-months old at the time) to go back inside. I didn’t want to at first, because I didn’t understand what was happening. Then all of a sudden our big, black dog came from behind the house, looked at us and went back. As soon as she saw the dog she clung to me even harder, tried to lift her feet up and let out a scream that pierced my ears.

At this point I did understand. My husband forgot to put the dog back into her kennel in the morning when he left for work. When my daughter went out the dog came to her, sniffed her (as she usually does in such cases) and went back to what she was doing. Taken by surprise, my daughter got really scared by the proximity of the big, black animal and started screaming. She had never interacted with the dog out of its run. We usually only let the animal out during the night, since it had previously nipped at a few kids just because they were too close to mine. She is a Cane Corso, which is a very protective and possessive kind of dog. She never bit any of my children and she used to play all the time with my son, when he was a baby.

After the incident, my daughter refused to go out of the house for the next couple of days. She would start screaming as soon as I would open the door. I took her gently in my arms and showed her out the window that the dog was in the kennel now and then we went outside. She wouldn’t let go, she stayed in my arms. The next day again we went back outside, and I called the dog to let her see that the dog couldn't get out of the run.

After a few days she was able to go outside without me. However, she was terrified of our dog and of any dog, as I would notice on several occasions.

A month later she started having tantrums during which she would want me to bend over and she would climb on my back until she would be able to stop crying. I didn’t make the connection with the incident until months later, but now I can say that was the first step. A few weeks later she asked to play horsey during Special Time. I would be the horse and she would ride me around the living room for as much as half an hour. After a few days she started climbing on my back with her feet and trying to balance. It was as if she was saying, “I’m stronger than you. Look at me what I can do!” This was our Special Time every day for weeks.

After a while she found a baby doll that she would want us to take for a walk during Special Time. By that time, I noticed she was OK going close to the dog’s kennel and even insisted to bring the bottle of water to where I would pour it into the dog’s bowl. Then she wanted to take a white toy dog along with the baby doll for walks during Special Time. We would just walk around the living room with her holding the two toys. After a few of these Special Times she asked to feed our dog through the fence as she saw me doing. I let her, even though she was still edgy around the animal. I think the dog sensed it too, and maybe she sensed the struggle in my daughter’s heart. The dog would come out just for a few seconds and then go back into her house and wait until my daughter finished putting the food into her bowl.

My daughter wanted to randomly play horsey or walking the two toys around the house for a month, or maybe a month and a half. Then one evening, at the end of September, during Special Time, she took me and the two toys (the baby doll and the white dog) into my room. We just gazed outside the window, counted the cars from the street and watched the sunset. All of a sudden she took a toy cup and asked me to pretend to give her tea. I did it. She then took the cup herself and gave tea first to the baby doll and then to the dog. She did this a number of times and gave me some tea too. Then at the end of Special Time she just left the toys on the window sill and left the room.

The next day, the first thing she did was to go to the dog, put her hand through the fence and caress the head of the big, black dog. I realised at that moment that having tea together meant that the girl and the dog were now friends. She has never played with those toys since. She is now able to play with our dog in the yard. She likes to go to dogs she sees in the park or on the street. She is happy to see dogs and even seeks their company. She turned two on the last day of October. 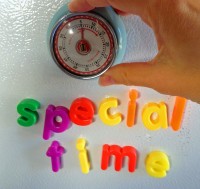 So we are talking about a child under the age of two, who managed to go from complete fear of dogs to seeking and loving their company by using, to her best knowledge, the amazing tool called Special Time!!!

I only realised what she had done the day she caressed the dog. In that moment all the Special Time we had flashed through my mind and finally it made sense! I don’t need anything else to understand that Parenting by Connection is the way to go with any child. 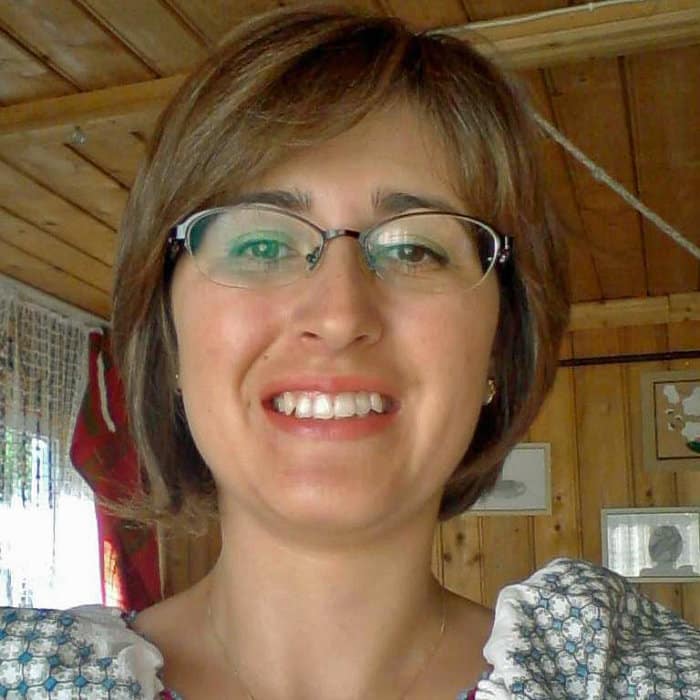 Irina Nichifiriuc is from Romania and is in the Hand In Hand Instructor Certification Program.

Learn more about doing Special Time with your child.