How Children Heal Fear Through Play

Our parenting will never be perfect. Our children will inherit some hurts and fears from us. But play is a wonderful way children can make sense of their world, and tell stories. When we can play with them we can pick up on what makes them laugh, and help them release fear and upset. 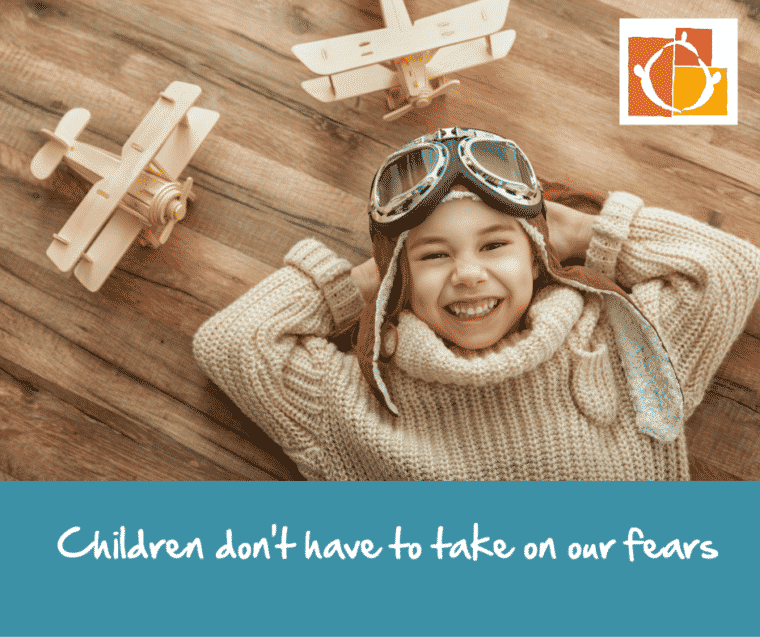 This Christmas we flew to Scotland and as the plane landed it was pretty windy. The plane was descending bumpily, and rapidly, which to me as a nervous flyer felt as if we suddenly falling out of the sky!  My daughter was sitting next to me, and caught sight of my nervous face. “Lets hold hands,” she said.

I knew instantly that I’d made her feel afraid. Up to that point she’d been enjoying the journey, and had never shown any fear of flying before. We flew a couple more times that holiday and everything was fine.

Then today, we were doing Special Time, and her Sylvanian families were flying. We each had a book which we were pretending were planes. Then my daughter said, ”this is when the plane has a rough landing,” so I would role play a sudden landing with everyone falling off. I suddenly knew where this idea of a rough landing had come from, that my daughter was trying to work through some of the fear she felt when we flew.

When we do role play we have a crazy sheep that often does silly things, so when we set off in the plane again I would have the sheep sing, ”a few lumps and bumps on the way down,” and have my plane bounce up and down a lot. She laughed at this. Then I would have the sheep, bump into her plane by mistake or do zig zags, or even stop and try to have a conversation with the passengers on the other plane. She found all of this really funny.

I would add some commentary like, “Um, excuse me sheep. I don’t think we should be stopping for a conversation in mid air!” My daughter found this hilarious. Then I would try to think up other silly scenarios, like sheep’s friends who were not invited on the holiday would hide on the plane and then they would all take a detour to the ‘soup swimming pool.’ (I was cooking soup at the time). She would chase after the plane, to try and stop them from diving into the soup.

Our parenting will never be perfect. Our children will inherit some hurts and fears from us. But play is a wonderful way children can make sense of their world, and tell stories. When we can play with them we can pick up on what makes them laugh, and help them release fear and upset. And as we listen to the stories we tell, we get an idea of where we need to heal as well. I think it’s probably time I had some listening time about my fear of flying!

Want to try Special Time at your house? Use our free video series to learn more. 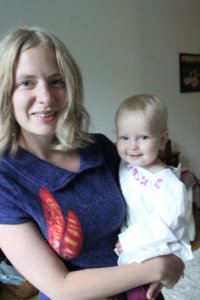 You can learn more about Kate, and her upcoming book Tears Heal, on her blog.