Three Steps to Setting Effective Limits With Your Kids

Most approaches to discipline assume that the adult has the intelligence and judgment, and the child must be trained. He’s seen as essentially uncivilized. It’s the child’s job to obey quickly; it’s the parent’s job to meet uncivil acts with negative responses. That means setting limits.

Many modern parents have a somewhat more generous outlook on their children’s nature and intelligence. Still, their patience runs out, too. By the time our children reach middle school, we parents are weary. We’re on the cusp of a challenging stage of parenting, but thousands of struggles over limits have sapped our energy, with no clear progress to show for it all.

It’s time to change the assumptions about our children’s intelligence. You will avoid a tremendous amount of work and confusion if you assume that your child has an inborn sense of love, a strong desire to cooperate, and a keen sense of justice.

Our children know right from wrong—often, they detect our tones of disrespect or anger before we do! Uncooperative or unloving behavior isn’t part of a child’s “uncivilized nature.” It is behavior that’s fueled by disconnection and hurt feelings. When you make this more generous assumption, a whole lot of work falls away. Instead of teaching your child right from wrong, worried that he might not “get it,” you can pay more attention to connecting with him.

When to Set Limits

Your child tells you very clearly when it’s time to set a limit. When you don’t read the signal, he’ll send another, and if still you can’t respond, he’ll send signals that he’s sure will trigger you. Your child wasn’t designed to tolerate an irrational state of mind. So when he feels disconnected and hurt, he’d rather have you come at him with irritation than not have you come at all. He needs your attention that badly. While his thinking mind is flooded with upset, he can’t love you or anyone else. He can’t remember that you’re on his side. Not much computes. But he is keenly aware of your emotional state, and of how you feel about him. That does register, and it goes deep.

Signs That It's Time To Set a Limit

Here are a few signs, for some children, that often precede truly difficult behavior warranting limits. They give you advance warning that your child is feeling disconnected:

A child who feels disconnected can’t think, so he has little flexibility. Earnestly trying to get him to do things differently provokes protest and unhappy feelings.

You’ll want to set limits as a way of connecting, not as punishment or payback, and not as proof that you are in charge. To be successful at setting limits, you don’t have to be at your glowing best, but things won’t work well if you’re consumed with upset.

We often think of Setting Limits as a means of enforcing rules. Conventional wisdom has it that children, like puppies, need parents to be clear and consistent with them. But children are not puppies. It’s much more reassuring and instructive to a child to have a parent who thinks well than one who insists that rules always be followed. It’s important that we have standards and policies about important things like bedtime, cleanliness, and treating one another well. But there will occasionally be good reasons for a parent to say “No” to something that’s usually allowed, and “Yes” to something that’s usually off limits. Your setting limits shows your good judgment and caring that will make your child feel secure.  Sticking inflexibly to every rule, just because it’s a rule, or because an expert ‘says so', won’t allow your fine intelligence to operate fully. Parenting flows more sweetly when we move from being an enforcer to a first responder. So first off, scan the scene. Is someone’s safety at stake? If not, then you can take a moment to decide whether or not a limit makes sense.

There’s no need for harshness. Instead of yelling, issuing an order, or scolding your child for bad behavior, simply put yourself between your child and the nutty thing he’s doing. Instead of the town crier, you’re going to be the action hero as you set limits. Most parents say or yell the limit. “Stop pulling Sissie’s hair!” or “Don’t you dare throw that shoe!” But standing there and talking brings only frustration because your child can’t process anything you say. He can’t control his own behavior. If he could, he wouldn’t be pulling hair or throwing shoes. Instead, bring the limit. Move in. Make swift but respectful physical contact. For example, put your hand over your child’s, and slowly pry his fingers from Sissie’s hair. Or put your hand on his arm so he can’t hurl the shoe. If the shoe has already flown, you might gently grasp his wrists so he can’t throw another one. Slice through his misbehavior with a physical limit and as little emotional static as possible. 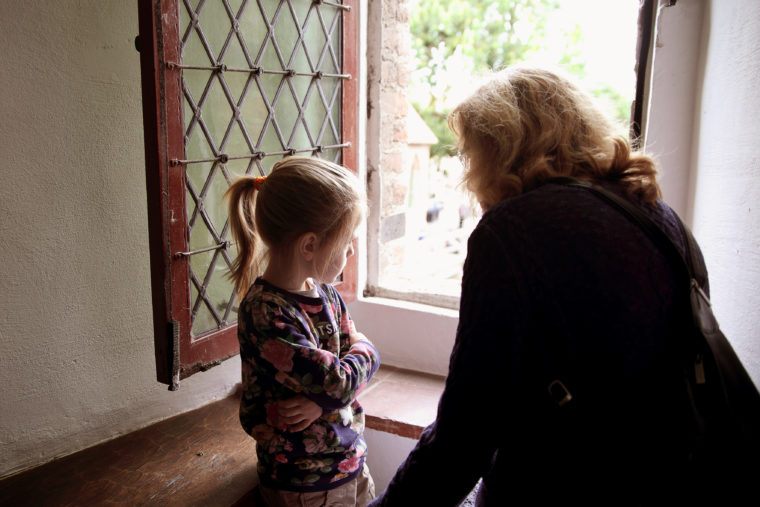 This is the crown jewel of the three steps. Once you have brought the limit, listening to your child’s upset will allow him to recover from whatever hurt him. Don’t expect your child to return to a better perspective quickly. If he has flipped out because his sister marked up his drawing paper, be glad for this opportunity to let him offload feelings. Your limit—keeping him two feet from her so he can’t pound on her in fury—and all the sweating and crying he does while you Staylisten, can save the two of them from many future altercations. It seems to me that children sometimes use a small upset to test the waters.

You’ll set a seemingly ordinary limit, unaware that your child has an industrial-sized upset stashed away. He’ll move into working on that bigger issue if you handle those first five or ten minutes of his cry thoughtfully.

Get Set To Setting Limits

The most common mistake we make in setting limits is to hope against hope that the upset we see brewing right in front of us will go away. Ignoring a mound of evidence, we tend to hope that our kids won’t kick each other under the table tonight, like they have nightly for the past six weeks! So we tense up in advance of dinner, expect a miracle, and feel terribly discouraged and angry when their kicking begins.

Setting limits well is at least fifty percent planning! When you connect with your child at the first whiff of upset, you’ll be warmer and more flexible, and so will your child. A few minutes of cuddling, hanging out, or horsing around the minute things start to head south can change the whole day. He would much rather be in touch with you than on his way to battle. But to pull off this smooth move, you’ll have to lay plans to meet the problems that crop up regularly with limits before your child signals you more than once.

Limits are the Kindest “No” 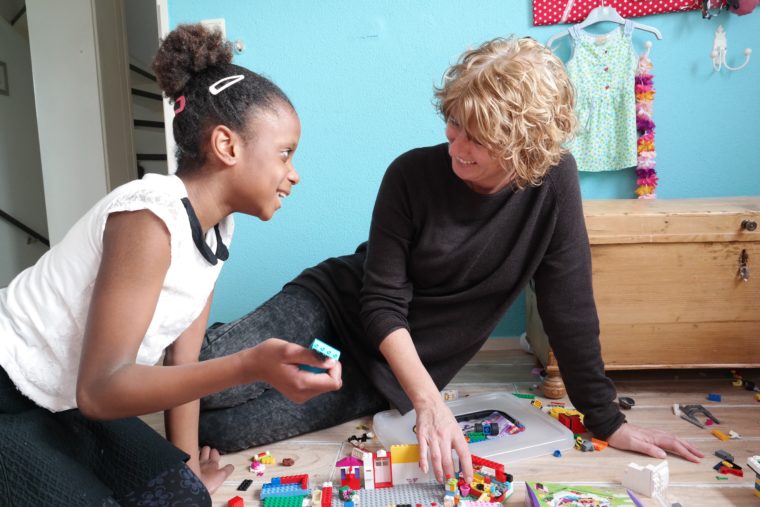 Our children are primed for love, respect, and justice. The thoughtful limits we set, and the listening we do afterwards, give them exactly what they need. But this approach to setting limits takes time, especially at first, because children’s emotional memories are usually cluttered with emotion that’s had little outlet.

You may have to postpone some items on your to-do list while you work with your child to whittle down the backlog. But the time you spend listening and setting limits will yield freedom from trouble in the future. Your child will become closer to you, freer of hurt, and more soundly secure.

Read day four in this series: How Does Crying Help You and Your Child?

Using the Hand in Hand tools? Struggling to get the results you want? Have questions?

The Parent Club is for you. With private group moderated by instructors, weekly call-in live sessions, and a lively community you can get the support you need to be the parent you want to be.

See everything included in your Hand in Hand's Parent Club membership.