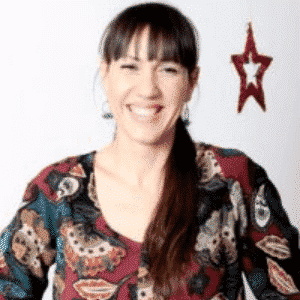 There are days when it is very hard for Sophia to say goodbye when I leave home. Since I have realized this, I will often spend the morning spending lots of time with her to build a connection. Even so, Sophia still has big feelings sometimes when it is time for me to leave.

Begging For Food Can Be A Sign of Disconnection

One afternoon, while I was at the door she asked for food. She said she was hungry and that she wanted chocolate – not any other food, just chocolate! We’d just had lunch so I actually knew that she wasn’t hungry. I thought it was more to do with an emotional need to distract herself.

I got down at her level and said, “No sweetie, you can’t have chocolate now.”

She started yelling that she wanted chocolate, but I gently set the limit “No sweetie. Not now.”

Holding the Limit Allows the Feelings

She started to cry, and then she asked for a cartoon. Again, I said “No”.

She started yelling harder that she wanted a cartoon. She had already watched that day, and so again I held the limit, gently telling her that I couldn't let her watch a cartoon but that I was right there with her.

She stomped into the other room and yelled at me to go away.

I stayed. I told her that I wasn't going anywhere right at that minute. I told her “I’m right here.” I kept the tone of voice very soft and talked as little as possible.

She still insisted that I go away, her pitch increasing. I stayed near her. She asked for the cartoon again, and I held the limit, telling her softly, “No.”

Sophia yelled again and tried to hit me with her foot. I moved a bit so she couldn’t hit me. She kept crying asking me for either the TV or the chocolate. I gently reiterated “Not now, sweetie…”

She cried and yelled a bit longer and then came into my arms. As I held her, she cried and cried. Then she started to yawn and her crying slowed, softening as it came to a stop. Her “release” about me leaving took about 10 minutes in total.

If the idea of embracing a tantrum like this is new to you, you can read more here on the science behind why crying can be useful for children's emotional growth.

Soon after she stopped crying, Sophia announced she needed to nap and I agreed. She asked me to read a story to her before going to sleep and she wanted her nanny to join us too.

We sat on the couch and she asked us to sit really close to her while I read the story, then she got into bed by herself. Her eyes shone with happiness at this moment of closeness between the three of us.

She gave me a kiss and got into bed. In a few minutes and she calmly and peacefully drifted off. She was fine now to let me go.

Why Limits Help Our Children When they Whine 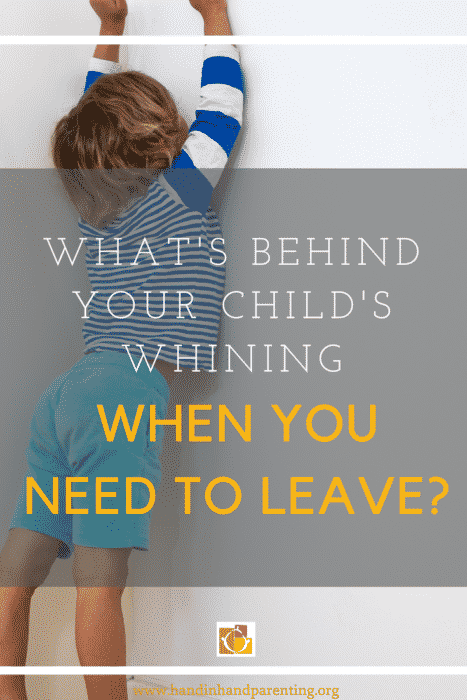 I knew that her whining and begging for chocolate and the TV was really her response to my leaving for work. We know that often our actions will trigger an emotional memory or feeling in our children. Something about my leaving that day made her feel uncertain, and a little fearful.

Setting that limit helped Sophia feel the feelings she had about me leaving, rather than distracting her from them through chocolate or TV. Kate Orson shares some great insights here about when children use TV to distract themselves, and how to notice it.

Since I was there to listen to those feelings, she had the time and space with me listening to really let them go. In working through those feelings together she regained confidence in our connection and in her own ability to be ok when I am gone.

If your child tries to “slow you down,” from leaving it could be because, like Sophia, they have feelings about you leaving. This may be because they have had difficulty with separations in the past, or it could stem from some other uncertainty or trauma they've felt. You can set a limit to help those feelings come to the surface. Setting a limit doesn't have to sound harsh if you can recognise the real feelings driving the behavior and you schedule in time to listen to them.

Expect it: If your child has ever had separation issues or has been through some times of change and upheaval recently, you may expect them to have big feelings about your going.

Reframe separation anxiety: A common image of separation anxiety is a child wrestling with your leg as you aim for the door, but it doesn't always look like this. Whinging, rigid behavior, or even fighting with a sibling could all signal that they are finding you leaving upsetting.

Embrace it: When you have factored in a child's feelings about separation you can embrace it. If a child is whining you can set a limit in five words or less on what they want or if they are hellbent on pulling the cat's tail you can gently stop them. When you lean in and do this warmly you give them the kind attention they need to release all the feelings they have about you going.

Let go of the guilt: We have busy lives and you can't be there every second of every day. When you embrace your child's feelings about you leaving, you empathize. It's hard, yes, but you anchor them too. You let them know that you respect their feelings and you show them that it's ok to tell you, and that you'll be back soon. Letting go of the guilt helps you focus on being there for them in the moment. If you do have trouble letting go of the guilt it may be a good subject to work on in your listening time.

More Tools to Help With Separation and Setting Limits

What can you do to help when you come home to a cranky toddler?

When you need to create boundaries around screentime, this audio will help you learn how to set limits calmly and warmly.

Are power struggles with your child leaving you annoyed or exhausted? Our Setting Limits and Building Co-operation Class gives you proven ways to set warm, firm limits in a way that connects you and your child. It's free with your Parent Club membership.

Georgiana Bucatariu is a Certified Hand in Hand Instructor, and Clinical Psychologist. She lives with her daughter in Constanta, Romania. You can read more about her here.