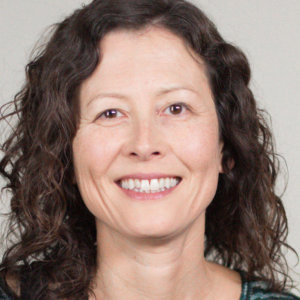 Pet Euthanasia: How We Navigated Death And Loss In Our Family Using the Hand in Hand Tools

“She was really the best cat.” That’s what my husband and our two daughters (aged 6 and 13) kept saying in the days leading up to Izzi’s death.

Our nearly 18 year old kitty had been struggling physically for many months, but significant recent decline led us to her veterinarian, who said it might be time to let her go.

Guided by some articles like this I began to consider how to discuss this event, unprecedented in our household, with my children. Of course, I knew that listening to all of their feelings—an essential prerequisite for such conversations—was going to be part of the process.

Once we consulted with the veterinarian about a date for euthanizing, I approached my two girls.

They had known for many months that Izzi might not be alive much longer, however, they had not heard anything about her death being imminent. I broke it to them: we would be saying goodbye to Izzi in a few days' time.

It was the cry of someone in deep grief.

I put my arms around her, and just listened, using the tool that Hand in Hand calls Staylistening. (Read more about why it works here). I didn’t offer consolation, like that Izzi’s suffering would end. I just listened to her outpouring of feelings, which lasted a few minutes.

My teen, who had heard more of the adult conversations, was teary-eyed, too, and so was I. We all hugged one another.

We want to be there: My kids chose to be present for the death

Several months before, we had moved out of town, about an hour away, and my mother-in-law had moved into our former home. We had decided then that keeping Izzi in the yard she knew, with my mother-in-law’s TLC, was better than moving her to our new home—a known coyote country.

So, we visited her when we could, and planned to spend time with her before the vet’s arrival during our final goodbye visit.

On the drive out, we shared many memories of Izzi, like the time she showed our older daughter “a lesson” when she was a toddler by biting her after her tail was pulled, and the times she brought in half-alive lizard gifts for us. We talked about how she’d go on dog walks with us, and how she became the feline queen of the neighborhood.

When we reached Izzi, we sat in a circle around her, petted her, fed her tuna, and brushed her.

We rained down love and attention before the vet arrived

The girls collected wildflowers and herbs from the garden to place around her. We rained our love and attention on our sweet, dear Izzi.

The veterinarian, who was incredibly compassionate, arrived. The first thing she did was to assure us that we were doing that right thing; she could see physical signs that Izzi was in pain and struggling.

With care, she explained the process, and we were all there, hands on Izzi and still surrounding her with our love, as she eventually, peacefully died.

The vet placed our Izzi in a lovely blanket and the girls tucked the flowers and herbs around her.

Before Izzi’s last moments, the vet had also shaved off a couple tufts of fur from Izzi, and gave them to the girls to keep, and they keep in special satchels.

I hardly remember the veterinarian leaving us.

The four of us stood together, hugging each other and crying. We were there in the moment together, feeling the loss of a beloved family member.

On our way home, we reminisced more about Izzi. I told them about the time that she would disappear for whole afternoons, and I finally learned that she would sit for hours, day after day, on the lap of a homebound neighbor, who was on oxygen for emphysema, while he played online poker.

My girls have told me that I’ve told that story countless times!

Since that day, my six-year-old brings up Izzi every now and again; sometimes she cries a little, but mostly now, it’s just expressing that she misses her. Once, she couldn’t find her satchel of fur, and had a big meltdown.

I listened to her cries and then we eventually found the bag.

Even before this, my six-year-old had been processing a lot about life and death—mainly she seemed to spend time fearing the loss of me or her father.

Before Izzi’s euthanasia, I was concerned that witnessing her cat’s death might stoke some new fears in her. But instead, I think her involvement in the peaceful sequence of events and the many conversations, as well as having the space and support for her grief, added a healthy layer to her understanding of life, death, and loss.

Last night, as she was getting ready for bed, she said to me, “Mommy, when we die, can we have flowers and sage around us, just like we did with Izzi?”

Susan Derby is a Parenting by Connection Instructor based in Los Angeles, California. You can connect with Susan via her website.