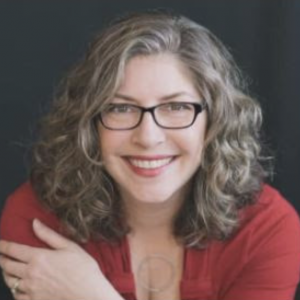 You Don’t Need To Know What Causes A Tantrum. Here’s Why.

You don’t need to know what causes a tantrum

Tantrums are strong emotions that come out in a large explosion. All these feelings are acceptable. All feelings are valid—sadness and grief, frustration, anger, and rage. Small hurts, fears, and worries can build up. I often dwell on, what’s this tantrum all about? However, looking for what causes tantrums, I find, only distracts me from being fully present with my upset child. When I check my judgments of rude, unreasonable, and out-of-proportion, I can do a better job guiding him through his difficult feelings.

Sometimes, the hurt or fear from a challenging circumstance we think our child has handled well will come out in a seemingly unrelated tantrum. One morning when Josh was about five, he woke up on the wrong side of the bed. Out of the clear blue, he asked me about a specific kind of fruit snack that I had once bought him.

Why it helps to keep your voice gentle and open

As I stretched and woke up, he continued to ask me about the snack. It took me a minute to catch on that he was cooking up quite an upset. I had not bought him this fruit snack, and boy, did he want it.

“I know which fruit snacks you mean. The twisty ones?”

“Yeah, those twisty red ones—I want one right NOW! You have to get them for me,” he demanded in a wound-up, cranky tone.

“No,” I said, keeping my voice gentle and low, and not mentioning his rudeness at all, “We’re not going to have those.”

He lost it. He thrashed his body around the bed, trying to kick me and growling with rage. I held a pillow between us and told him I needed to keep my body safe from his kicks. He cried and wailed and kept kicking. I kept myself clear of his impact and didn’t argue with him. I observed his body and breathing and kept us both safe.

I did not shame him for losing control. I didn’t get mad that he was making an unreasonable request at 6:30 in the morning or freaking out about being told no. My mantra was: He has big feelings and they will be done when they are done. I imagined how powerless he must have felt in the dentist’s chair earlier that week. After the appointment he’d said it, “hurt more than a little,” yet had not shed any tears. I poured my attention where he must have needed it. After a few more minutes of him crying, trembling, and sweating I said,

“Yeah,” he said, crawling over.

He got in my lap and cried hard for a few more minutes. Then he tensed up and demanded the fruit snack again. After I told him no, he went back to struggling.

Moving on: staying with the feelings

“Hey, I have an idea,” I said, a few minutes later. “You’re having  a lot of angry feelings. Why don’t we go into the other room and use a blanket to help you get through them?”

He agreed and we walked down the hall together.

“I’ll roll you up in this blanket, and you can fight your way out. It will be like a giant swaddle.” He agreed and I rolled him up in the blanket—snugly and safely. He grunted and fought, and finally popped his arms up and wiggled his way out.

He did it three times and then he wanted me to try it. I pretended it was really hard to get out and asked him to help me. When I finally got out, I acted so tired, like I could barely move.

“Do you want to do it one more time?” I asked. He did. After that, I suggested we go downstairs to have breakfast and get ready for school. He followed my lead without a shred of resistance.

Don't worry. You don't indulge a tantrum by handling it this way.

It might seem like a lot of work (and highly indulgent) to permit kicking and yelling and loud, messy feelings. But, here’s the payoff—my child then felt calm, centered, and ready for his day.

It took all of twenty minutes, and the fruit snack topic disappeared completely.

It wasn’t important that I figured his upset was probably about the dental visit. Sure, getting a cavity filled is no fun and that may have been the cause. But what was most important was my ability to stay present and calm while he moved through his emotions.

When I did that for my son, he could move forward knowing that these feelings, and the expression of them, were accepted by the adults in his life. Then he felt accepted and safe in the world again.

Mission accomplished, until the next opportunity for skill-building arises. 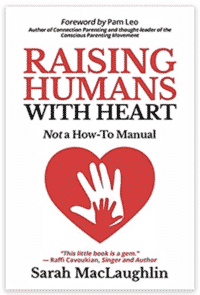 This post is excerpted from Sarah's newest book, Raising Humans With Heart: A How Not-To Manual. Available now at all good bookstores, including Indiebound, Barnes & Noble, and Amazon.

For more on getting present with your children read Mindful Play: How to be Present When You Play With Your Child

Sarah MacLaughlin is a social worker, parent educator, and author of the award-winning, bestselling book, What Not to Say: Tools for Talking with Young Children and the newly released, Raising Humans With Heart: Not a How-To Manual. She writes the “Parenting Toolbox” column for Portland, Maine’s Parent & Family and her writing has been featured on The Huffington Post. She is a San Francisco Bay Area native who now lives in the woods of Maine with her family, including a teenaged son who gives her plenty of opportunities to take her own advice.