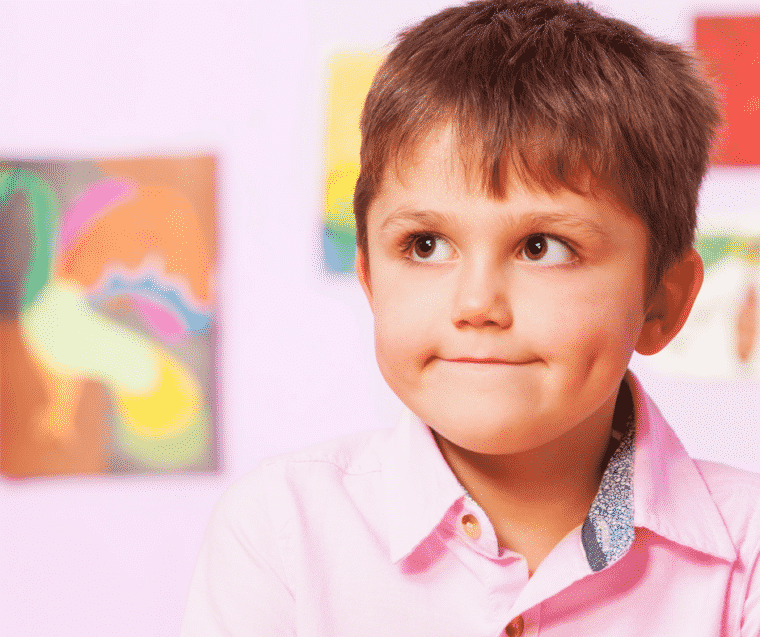 Q. What should I do about my 5-yr-old lying? He’s a bright boy. Sometimes the lies he tells now are imaginative, but more frequently it’s just denying that he did something by saying it was the ghost who lives with us. How can I get him to accept the consequences when he won’t admit he’s done it? Sometimes I try just saying “Oh look! The shampoo’s spilled all over the floor! Here, you take this towel and I’ll take this one and let’s clean it up.”

Other times I ignore the lie coming out of his mouth and go on based on what I can see: He says he put his books away, but they’re still out, so we don’t leave for the park. I don’t think I give the impression that I believe his lies. I just don’t want to have to deal with it.

A. You’ve done a good bit of experimenting with your responses, and that’s smart. It helps when we parents can notice a difficulty, and instead of stomping on it hard, we try this, and try that, and watch what seems to help and what doesn’t. Experimentation is the sign of a good learner! I think I may be able to add a bit of perspective, and a suggestion or two.

First, every lie a child tells has a truth behind it, and different lies signal different truths.

The “tall tales” lies. One mom I know has a daughter who loves to spin tall tales when she meets adults she knows in town. She talks about the long trips she has taken, or the five pets she has at home, at great length and in detail. She works hard to captivate her audience. In listening to her Mom, and thinking about her life, we made a guess that she didn’t want to be left out of the adult conversation. The truth here is that the child badly wants positive attention.

The “I’m OK” or “I’m better than you” lies. Most children carry a fear of being found to be less than, or are in contact with others who are highly competitive. Competition means that someone has to be judged as less than, and this is always, always hard on children. So some lies are designed to make sure that the child will be seen as adequate. “I have five Barbie dolls at my house!” or “I know how to drive now!” are boasts that ward off humiliation. The truth is, the child wants to be seen as adequate, as good.

The “I don’t want to do it” lies. Children will lie when you ask them to report on completing a task. If they don’t want to do the task, but feel that it’s not safe for them to have their opinion about that task, they will just tell you they did it, hoping not to have to face either their big feelings about not wanting to, or your big feelings about their “failure.” Children want to be good, want to cooperate, but they also need times and places where they can say that they don’t feel like cooperating. When there is no such time or place, a lie occurs. The truth here is “I don’t want to, but I can’t tell that anyone will love me if I say that.”

The “I’m going to sneak to get what I want” lies. These are pretty similar to the “I don’t want to do it” lies—there’s something that the child wants, and he’s pretty sure that no one reads how powerfully these desires drive him. So, rather than face his feelings of need, he goes about silently getting the desired thing. (We grownups do this all the time! We sneak M&M’s when we diet, we sneak a few more minutes drinking a cup of tea before taking the children to day care, making ourselves speed through the city instead.) The truth here is, “I want! And it doesn’t look like there’s any room to have what I want, or to show how badly I want.”

The “I am not bad” lies. These are probably the most common, and the hardest for grownups to deal with. We see that our child has done something that’s beyond reasonable limits. We know who did it, and want the child to admit it. But he won’t. We want the child to take responsibility, but he keeps lying.

This is, for most parents, infuriating and frightening. We begin to worry about our child, and the kind of person he will be when he grows up! The truth behind this lie is an important one. We are big, children are little, and they depend—depend for their lives—upon our love and approval.

They won’t threaten their lifeline to us by saying something that will make us more distant from them, or angry at them, or harsh toward them. They can’t (and perhaps shouldn’t be expected to) cut their own lifeline to love that way. It’s a terrible thing to be humiliated. It’s a terrible thing to face an adult’s anger, or an adult’s punishment, when you are a quarter of their size and fully dependent on their approval.

Punishment and blame eat like acid at a child’s sense of security and hope. The truth behind this kind of lie is, “I have no idea why I misbehaved. All I know is that my life depends on my Mom and Dad’s approval.”

What will help a child who lies?
A good first step for a parent is to think about the bigger picture. Yes, honey has been spilled all over the floor, and the child is standing there with sticky hands, saying she didn’t do it. The lie may be infuriating, but it sends a clear message. “I need you to love me!” We’ve been taught very sternly that a child must tell the truth to a parent. It’s important to take a step back and notice that our own adult standards of truth are actually quite inconsistent.

All of us tell social lies: “Oh, I’m sorry I can’t make it to your gathering—I have a previous engagement.” Or, “I love the paté.” And we cover for our own faults, for the same reasons our children do. “I forgot to wash the shirts, honey! I’m sorry!” when the truth was, we remembered, but just felt too exhausted to do one more thing. We don’t want the hassle of disapproval or a lecture or the cold shoulder. At one time or another, we will lie for love, too!

What helps children who tell tales or lie is a stronger sense of closeness with his or her parents. This means, in general, some regular times when it’s Special Time, and it’s OK to do whatever they want (with the parent keeping things safe), with their parents’ approval and undivided attention.

These times don’t need to be long, but they do need to be regular. This helps children to feel the love we offer them more directly, and to feel that they can depend on our attention. And as you may have noticed, most lies children tell reveal a truth about wanting and needing love and closeness. Special Time helps you deliver what your child craves and needs.

Children also need firm limits, set with warmth, rather than sternness. “I know you want another piece of Halloween candy, but I’m not going to let you have one until tomorrow,” when said with disapproval, shuts down a child’s ability to show how big feelings of need. Those feelings are then likely to drive him to sneak some, because there was no room for anyone to see and accept (but not give in to) his desires.

When you say the same thing while drawing a child onto your lap and accepting the tantrum about wanting the candy, you’re allowing a child to unload those big feelings. You don’t give the piece of candy, you give your love and attention. At then end of a cry, he’ll feel better, and his obsession with his candy will most likely be worked through, at least for awhile.

He got it out on the table, you heard it all. Those desires shrivel to nothing, like a balloon that’s flown around the room wildly, then fallen to the ground. Relieved of those desires, he can figure out other ways to be happy. We call this Staylistening. It has the effect of allowing children’s emotional truths to have their moment (or their hour, depending on how long the truth has been kept under lock and key).

The last idea that might be helpful is this: don’t pretend ignorance. If you know the answer to the question of “Who did this?” or “Did you complete this task?” don’t ask it. Don’t expect your child to tattle on himself when you are all set to get angry. Asking this kind of question will only make you disappointed, because, backed into an impossible corner, a child has to lie. The truth is, he can’t please you either way. You’ll be angry if he tells the truth, and angry if he doesn’t.

Instead, go and look to see if his room is picked up, or if the garbage has been taken out. If not, then go to him, get down on his level, and say, “I see that you haven’t picked up your room. “ He doesn’t need to lie, because you have the truth in hand.

Sooner or later, the effort to connect will pay off. He’ll feel better understood. You’ll have escaped being harsh and angry. Most likely, he’ll feel safer, more loved, and more likely to come to you when he feels things are hard, rather than having to lie about how he feels and what has happened.

Get more tips on what to do when your kids lash out, handling tantrums and helping your child's sleep confidence in our top 5 podcasts