Our Parents Did Their Best

Almost all of us can remember hurtful things our parents did. But they did their best. The human instinct to love is at its most powerful when we become parents. Your parents and mine wanted to love us with all they had. Just as we, too, were born to love our children with all we’ve got. When our parents couldn’t manage to get their love across, powerful forces may have stacked the deck against them.

My parents went through so many struggles while we were growing up, I really don’t know how they managed. They loved us dearly but I can’t imagine what it took for them to parent six of us. I can’t imagine navigating through one heartbreaking family crisis after another. I can’t fathom all the cleaning, cooking, folding, shepherding, homework help, and worry. The hundreds of times they were up in the night with a sick child. For my father, the long, punishing workweeks. For my mother, the physical pain that shot through most of her days.

The conventional parenting tools of their day gave my folks nothing to work with but rewards and punishments—the carrot and, very literally, the stick. Judging from my own parenting, I’d bet they experienced a deep ache when they used these tactics, but I think they were too worn and pressed to think about it. They were scrambling for survival. Feelings didn’t show up on their radar as something to examine or change. Emotions either fueled an explosion, or got packed away, to become an invisible burden that derailed some of the powerful gifts of love they intended to give.

Looking back, I think that our hard times as a family weren’t all bad. Adversity can forge strength and determination, especially when you have the chance to face it with someone by your side, someone in your corner. But when there is too little support, and parents feel too alone, they can’t think through a course of action. All they can do is react. That’s when hearts break. With too little support, parents and children can lose their way back to each other. And even when life eases up, the connections have frayed. Trust has eroded. Both children and parents need help to recover closeness.

Almost all of us can remember hurtful things our parents did. But they did their best. The human instinct to love is at its most powerful when we become parents. Your parents and mine wanted to love us with all they had. Just as we, too, were born to love our children with all we’ve got. When our parents couldn’t manage to get their love across, powerful forces may have stacked the deck against them. Poverty, racism, social catastrophe, poor health, addiction, severe isolation, or a history of mistreatment can traumatize a child, and, years later, that trauma can anesthetize a parent’s love. Caring listeners and a supportive community can heal the damage, but in our parents’ day, where would they have found help like that?

Any time we interact with our children and we feel a troubling upset instead of caring and compassion, good support is in order. We need a chance to tell someone what pressures we’re under—what feelings, words or deeds leap out when we suddenly lose our cool. Parenting can get very difficult in situations that somehow resemble times long ago when you yourself experienced harshness or disconnection from your own parents. Our past intrudes on the interaction we are having with our children and, before we are even aware of it, we are struggling with emotions flaring up from the past. That’s why we feel that we have “lost it.” We are losing our connection with the present moment and re-feeling hard times that are in the past.

But it doesn’t have to be this way. A parent support group or a Listening Partnership can make this kind of incident a mere trip-up instead of one more cycle of a life-long pattern of hurt. When we parents trade listening time, in order to offer and also receive a caring, attentive, safe place to share emotions that we couldn’t share at the time we first had them, the power of those old experiences is diminished. We are able to think better and we can then reach for our children and give them the chance to do the same. Connection is restored. Bring on the fun!

Once you’ve experienced how this exchange of warm attention works for yourself, you’ll have a good feel for what was missing for your folks. You may see why they had so little chance to change how emotion drove them when stress was high. Who could they tell their troubles to? Where was that safe place to show how hard things were, sure that they wouldn’t be judged? If they’d seldom been treated with respect and compassion, where was the person who could offer them what they’d missed? Who could bring them tenderness and caring, so that something revolutionary in their interpersonal experience could occur? So that they could have worried less, exploded less, or withdrawn less, and understood us better?

We can’t fix the parenting we received, but we can help one another heal. And as we do, our power to love and understand both our children and our parents will grow. Our parents did their very best. We do our very best. Listen to any parent. You’ll feel the goodness there!

Here’s how listening can work to mend connections: 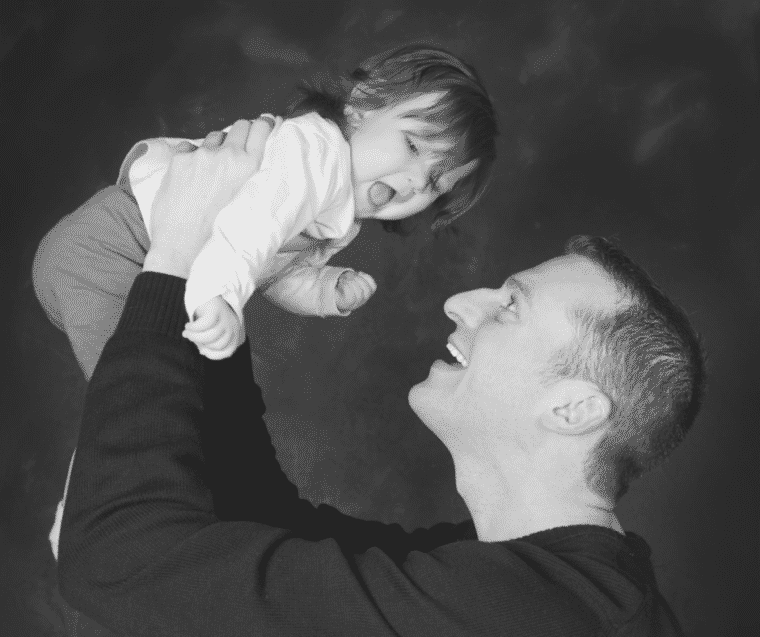 Between my Dad and me, there’s a long history of me sharing an idea or a plan with him, and immediately finding myself faced with an angry and explosive man. My idea was wrong, wrong, wrong, wrong, wrong. And he was red-hot about it, yelling, pounding the table, or waving his arms, very nearly out of control. In every instance, I was sure that our shared values made my idea or decision a no-brainer, and that he would be happy that I had figured it out. His reaction was frightening to me—he had spanked us kids with fury often, so all it took was that look in his eye to trigger a load of fear in me.

One time, after I’d been doing Listening Partnerships for a good while, the pattern we were caught in changed. I had been regularly offloading the fears I had carried forward from my childhood. I was finding that I now could often notice when I was triggered, put an emotional bookmark at that spot, then take the feeling to my Listening Partnership, where I could tell what happened, and actually shed the emotion in tears and even, sometimes, in trembling. I was becoming less reactive in my present day to day. I was more playful, and my parenting was going better. I had a new measure of emotional ballast that kept my boat steadier in stormy seas.

One weekend on a visit to my parents, I told my father about an important decision I had made about how I would handle my finances. My income was small and I was becoming a divorced mother, so I had done careful research about how I could support my children and myself. I was sure my Dad would be pleased with the decision I’d made.

I outlined my plan at breakfast, and he became furious. He yelled at me. He waved his arms. I felt the usual fears running through my system, but I decided to try to listen to him, something I’d never had the presence of mind to do before. There was a lot of rage, and he peppered me with insults. “Why did you do this! What is the matter with you! You just don’t think straight! How can you be so stupid!” I listened and kept eye contact with him, but had no clue as to why he was upset. I didn’t try to argue or defend myself. After about ten minutes, he switched from hurling insults to yelling about some of the scary things he’d been through as a young boy.

Aha! His anger was actually fear, that fear had a root, an early root, and he was telling me about it! I kept listening, much more encouraged than before. I didn’t understand the connection between these childhood incidents and my plan. But if he could feel listened to, he wouldn’t feel so isolated, and perhaps his fear would find a drainpipe at last!

My dad didn’t feel better when he simmered down. He was clearly discouraged and deeply disappointed in me. He decided to go outside and chop wood, as he couldn’t really stand to be around me after I’d taken what he saw as a wrong turn. But I felt encouraged somehow. I walked with him across the yard, put my hand on his shoulder, and told him that maybe we could find some way to see eye to eye, even though things looked so bleak at this moment. He didn’t say anything—he wanted to be alone.

After chopping wood for most of the day, he came back inside, and said to me simply, “Why didn’t you come to me for help?” That was his issue! There was love at the bottom of it all!

I don’t know how much fear he actually unloaded, but for me to hang in there with him through an explosion, for him to show me what fueled it, and for him to be able to articulate his caring in the end—all this was new for us, and very, very good. I think that listening to him, and the several years of Listening Partnerships I’d done so that I could, allowed us this moment of grace and connection. We found one another again.