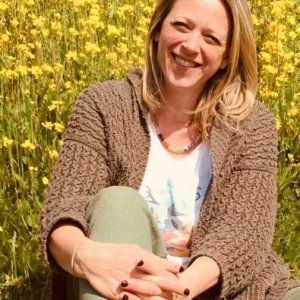 How To Play Your Way Out Of Sibling Rivalry

Having two boys is great and wonderful. And simultaneously, one of the hardest things I’ve ever done.

As a childminder I look after 3 toddlers every day, but having two of my own children feels like working at a different level. Maybe because child care and parenting are very different jobs.

The arguments, the competitiveness, the relentless refereeing, the vying for your attention? Hello sibling rivalry!

Caring for others’ children; helping them get along, play nicely, be kind and caring, speak nicely, sit to eat, put their coats and shoes on.  To me, that's all very manageable.

Get two of my own children to play alongside each other nicely? Well, that's seemingly impossible!

I once got chatting to a grandma I’d met at a playground. She shared that she too had two boys, all grown up now. I’ll never forget how she described that they had never gotten along.  British small talk dictated that I cheerfully guess aloud that as adults they probably got on just fine. But no, she continued “they still argue and fight, compete and antagonise each other, they rarely spend time together.”

It was as if they were so different in personality that it could never have been any other way.

I came away scared.  My siblings and I had argued, squabbled, and annoyed the hell out of each other as kids, but it was water under the bridge now.  As adults we enjoyed each other’s company, cared for each other, provided support when it was needed.

It scared me to think that my boys might grow up to actively dislike each other.

Thinking that my actions now, as they grew up, were important, I sought out books and found helpful tips and tricks and principles that are now embedded in our family values, but it wasn’t until I discovered Hand in Hand Parenting that things for my boys shifted consistently.

All of the Hand in Hand tools work together and are now woven into the fabric of our family, and Playlistening has become our go-to for in-the-moment outbreaks of sibling rivalry.

This weekend my youngest in particular had something going on (I still have no idea exactly what it was).  We all felt his rigidity and angst, but it was mostly aimed at his big brother, displayed in his favourite lunging-with-a-growl-on-his-face, which, understandably, was antagonising his brother.

We were planning a family walk which, with the current sibling mood, would have been disastrous. When I described the vibe to my husband he didn’t hesitate.

He called down the stairs “Boys, I need you up here!” The tone was instantly recognisable to them. Like a pheromone they could smell.

It meant “I need some boys to wrestle with.”

Both shot up the stairs, and spent the next 10 minutes being thrown off a bed, getting thrown onto a bed and attempting to get on and stay on the bed, whilst getting their father off it.  The finale was the youngest boy battling to victory as he pushed, pulled and dragged his father off the bed. It had been hard fought. And he had WON.

It was a very different child leaping around in the forest, challenging himself to climb crags, calling to and encouraging his brother to do the same.

The next day it was my turn. The boys had screen time and history told me they would come off feeling disconnected and grouchy with each other. As I told them their time was coming to an end, I casually threw it out there that I was going to go upstairs to lay down and have a relaxing five minutes, and how I hoped I would not be disturbed by any children. My youngest, once again, read the playful tone but checked in with me none-the-less. “You mean you DO want to be disturbed?” I winked and said again “I hope I can have some peace and quiet in my bed.”

Within 30 seconds both boys were laughing and giggling as I pretended to be mightily confused as to why my bed was so uncomfortable with child-shaped lumps. We spent a happy 10 minutes wrestling and laughing their disconnection away.

My boys are accustomed to what they get out of Playlistening now. They know that it feels better if they are working together against me or their dad, rather than in competition with each other. They might take turns to battle me, if they are wanting to test their own strength, but they know a pillow fight often needs to be THEM against ME if one of them is feeling tetchy.

They know how to instruct me on how much effort to put in, whether I should try my hardest or be my blundering, slow-witted comic best. They feel this kind of play lift them and make them feel better, like medicine would clear blocked nose.

And I know that 10 minutes roughhousing and Playlistening might just buy me a Sunday afternoon without bickering and one-upmanship.

Yes. I call that a bonus.

The real gold is in how they respond to one another. They still have their moments at loggerheads; loud, passionate and deeply felt. But they also generously compliment each other, they happily praise the others’ skills, they choose to spend time together, roar with laughter, help one another, and comfort each other when they’re hurt.

It’s not always peaceful, in fact, it's often noisy, chaotic and messy.  It can feel like hard work at times because our household isn’t a fantasy movie family, but the payoff is real, long-term connection. When I keep that in mind it feels worth it. I see them enjoy each other now, and I have high hopes this bond will continue long after they have grown.

Would you like to connect with your children through fun and laughter? Join Katy for a free zoom call to learn how Hand in Hand Parenting's tools can help siblings get on, right in time for the holidays. Click here for details and to save your spot. 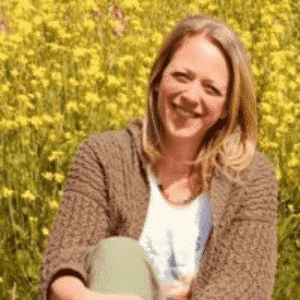 Katy Linsley is a certified Hand in Hand Instructor, and a registered childminder. She uses the tools to help with separation anxiety; sleep issues; general anxieties; sibling relations; aggressive behaviour; and parental frustrations, and is keen to take the tools into schools and learning settings.

Katy lives in the north west of England, with her two boys and their Dad.

Katy Linsey lives in Lancaster, England, with her 2 boys and their dad. She is a registered childminder and certified Hand in Hand instructor. Katy loves teaching the Hand in Hand tools, and helping parents and childcare professionals figure out how they can turn challenging behavior around. Connect with Katy at www.katylinsleyhandinhandparenting.com/.