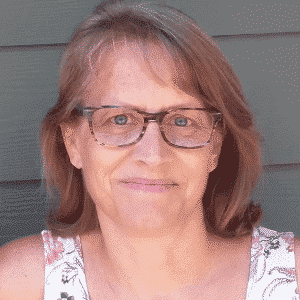 Removing a Splinter and an Old Hurt

My seven-year-old had a splinter in his hand that needed to be removed. I told him we’d have to take it out and that we’d probably have to use a needle.

Throughout the day he kept asking questions about the ‘procedure’. What kind of needle would we use? Would it hurt? How much? Would it bleed? How long would it hurt? Why did we need to use a needle? What does infected mean? Why did it get infected? Etc.

I tried to answer all his questions clearly, honestly and thoroughly. I told him it might hurt some, but not as much as it would hurt if it continued to get infected and that taking it out would make it get better quicker. I reassured him that it was the best thing to do for his body and that he could cry as much as he needed to.

He’d ask these questions over and over throughout the day and seemed particularly concerned about if it would hurt and would there be blood. He seemed unsatisfied with my answers and I could tell by his ‘tightness’ about it that he was worried, but wasn’t outwardly expressing any emotions.

That evening I told my husband that we were going to be taking a splinter out of our son's hand and asked if he could hang close with us. We all sat down on the couch. I was ready for big feelings. I held his hand and first tried with tweezers, but couldn't get at the splinter. So I got the needle ready and told him I’d make small hole so the splinter could come out. This time he cried and said, “No, don’t do it!”

Both his dad and I listened warmly to him as he cried, letting him know we were sorry he was scared, but didn’t tell him it wouldn’t hurt. After a while the crying subsided and I told him again I’d make a small hole with the needle for the splinter to come out and touched the needle to his skin. Again he cried and said, “Don’t! It’s gonna hurt.” We listened some more until the tears subsided and then reminded him again, of what we were doing, He cried some more.

We had several rounds of this and then I remembered that he had been bitten by a cat in that exact spot when he was ten months old. Despite a trip to the ER and a shot of antibiotics while being confined in a ‘papoose’ to keep him from squirming, it had gotten infected. They had to consciously sedate him and do an incision to drain the infection. They told me he wouldn’t feel any pain and because he was sedated, he didn’t cry. I remember thinking at the time, ‘What is his body and brain doing with that pain?’ At the time I didn’t have the listening tools that I do today and didn’t know how to help him process the experience other than to comfort him.

I knew now that I should take the splinter thing slowly and let him get as many feelings out as he needed to. I would let him know I was going to get the splinter out, he’d cry for a while, then it would subside and I’d say it again. At one point I said, “I remember when you were in the hospital after the cat bit you and they had to make a cut on your hand to get rid of an infection?”

He stopped crying and looked right at me as if remembering, and then went on crying even harder. A couple of times I mentioned parts of the hospital experience. He’d look at me and listen real intently, then cry hard again. He asked his Dad to stay close (unusual for him and shows me he’s figuring out how to use this process.) I kept remembering that the crying isn’t the hurt; it’s the healing of the hurt.

With each cry his body seemed to relax just a bit more and he protested less. After about 45 minutes of this he said, “Okay, I’m ready. You can take it out now.” He held out his hand completely and was able to watch as I poked and pulled the splinter out. It was actually pretty tough but he was okay with it.

After we got it out and put ointment and a Band-Aid on he bounded off the couch and had a great evening playing with all of us. It seemed to me that by listening to him he got to be in charge of his body during the splinter removal and got to heal some of the old hurt of the cat bite and hospital experience while he was at it.

Kirsten Nottleson is a Hand in Hand Certified Instructor and mom of two boys, living in Austin, Texas. You can read more about her here.