When our grandson was one, and just walking, we convinced his parents to let 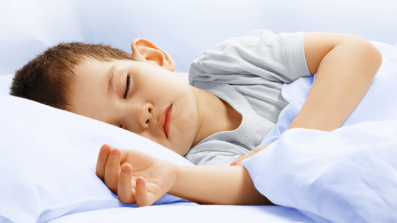 us babysit so they could have a night out.  They were quite nervous because they did not like to hear their son crying.  We told them we could handle it, and promised we would call if things got out of hand. We invited them to keep their phone set on “vibrate” in the movie theatre and restaurant.

About 20 seconds after they left, he began to ask for them. We told him they would be back in a bit.  He began to cry hard, getting his shoes and handing them to his grandpa to put on.  His grandpa said, “You want to go out and get momma and poppa?”  He shook his head yes vigorously and went to get his coat from the hook by the door.  We told him we were going to wait at home for them.

We sat with him by the door with him, he cried and cried.  He rolled himself up in a ball on the floor.  We put our hands on his back and told him we were going to stay right with him until they came back and we were sure they would.  He cried for about an hour.

We kept getting nervous.

Grandpa wanted to give him a bottle (he had less experience at this than I do), and I suggested maybe we just wait a little more, that I did not think he was hungry. I told him I knew that crying was hard to listen to, especially the first few times it happened.  But we were there. We had his back.

And then he stopped.  I am always amazed that they do stop, because the message in my head says things like, “What if he doesn’t stop and his parents come home and they never let us babysit again?!”

We played with his toys and after about 20 minutes he went to the door again and got his coat and shoes, crying for momma and poppa.  This time it lasted about 5 minutes.  It happened several more times.

Fortunately, when his parents came home, he had fallen asleep on top of grandpa on the couch.   Now he is three and has a baby brother.  Once a month we babysit them overnight at their house.  They usually cry for a few minutes, and ask many times during the evening when momma and poppa are coming home, and where they are and what they are doing.

If they get hurt or fight over a toy, they usually want momma and poppa, and cry for them for awhile. We just Staylisten, and assure them that their parents miss them too, and that they will be so happy to see them when they come home.