Listening to Teens Can Get Messy

We were surrounded by foam peanuts. I don't know how anyone can be oblivious to foam peanuts on the floor, but she was! She was talking happily to me about this, that, and the other, with a big smile on her face, when I felt this really strong urge to take some of those peanuts and throw them at her. So, I picked up a bunch of them in my hand and, in slow motion, with some soft dramatic noises, I slowly inched my way toward her with the foam peanuts.

Ever wonder what you can do with those foam peanuts that are used as packaging material for fragile items?  Well, my teen daughter and I found out how we could use them… 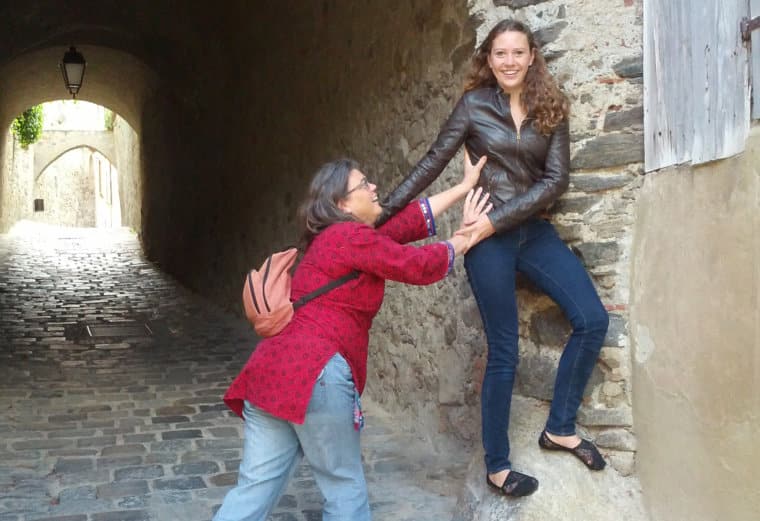 It was just one of those evenings.  My daughter and I were in my study area.  I don't even remember what I said.  All I remember was that I had walked upstairs to the kitchen right after that to get her a bowl of fruit, and a few minutes later I heard a loud yell and heard some noise.  Clearly she was upset.  And I guessed she had thrown something around.  I remember feeling a bit surprised by her reaction, which felt disproportionate to whatever it was that I had said.  But reactions can't always be expected to be proportionate to causal events.  Clearly her disproportionate reaction was a result of built up tension.  I knew that.

There have been many times when my daughter has thrown things around in anger.  On many of those occasions, I have felt myself getting upset inside.  On some of those occasions, the inside upset would manifest outside in some way that was not helpful.  On this particular day, I was very pleasantly surprised to realize that I didn't feel in the least bit upset when I heard the yell and the loud sound.  I also did not feel the need to rush down to find out what the matter was.  I knew she needed just a little bit of time and let it be.  I went about my business in the kitchen, prepared a bowl of raspberries and some other food, and quietly brought the food downstairs to the study.

That's when I realized that the foam peanuts were all over the carpet.  It was a big giant mess… but it was just foam peanuts.  Well, actually, my laptop had also been knocked down to the floor along with it, but it was a short one foot drop, from a chair to the carpet, and I knew it was a sturdy laptop, so I wasn't too worried.  I was very pleasantly surprised to note that I did not have any internal reaction.  She was still fuming though.  I just knew that she wanted to be alone at that time.  From past experiences, I knew that any attempt on my part to reach out with words would've made matters worse.  So without saying a word, I gently and quietly set the food next to her and I went back upstairs.  My body language communicated acceptance.  No judgment.  In a short while, I heard the clanking of the fork against the bowl and I was happy to know that she had chosen to eat the raspberries rather than smash them onto the ground. 🙂

That night I went early to bed, had a real good night's sleep, and woke up the next morning feeling ready for anything.  She was at school and I spent the day working from home, in my study, sitting on a chair, surrounded by foam peanuts on the floor!  I was just way too busy to have time to clean it all up.

Later that evening, when the peanut mess was still around, she came back home after getting a ride back from a rehearsal, walked into the study where I was, sat down near me, and started talking to me about something with great enthusiasm.  I sat down on the floor near her and listened to her with interest.

We were surrounded by foam peanuts.  I don't know how anyone can be oblivious to foam peanuts on the floor, but she was!  She was talking happily to me about this, that, and the other, with a big smile on her face, when I felt this really strong urge to take some of those peanuts and throw them at her.  So, I picked up a bunch of them in my hand and, in slow motion, with some soft dramatic noises, I slowly inched my way toward her with the foam peanuts.  A big smile spread slowly across her face.  And then I threw them at her… and missed!  And threw them at her… and missed!  Those foam peanuts are awfully light!

It was enough to get big laughs out of her!  I kept missing!With eyes focused on me and a big grin on her face, her hands were now getting busy gathering some of those foam peanuts.  And she threw some back at me.  And she managed to get some inside my shirt.  She never missed, but I kept missing.  We went back and forth like this for, oh, probably two minutes at most.  Lots and lots of laughter.  And then she wanted to stop.  I was really paying close attention to how she was feeling, so I knew I could not push it any further.  It was just two minutes of Playlistening, but it was just the right amount.  It was enough to lighten the spirit completely.  When I said to her, “Let's clean this up,” she did not hesitate.  She helped me clean it all up.  By now half her attention was on something she was reading on her smart phone.  Nevertheless, with just half her attention on the cleanup, she totally helped me put them all away.

Two minutes of Playlistening with foam peanuts.  That's all it took!  And, yes, it can be done with a 17-year-old!

Usha Sangam is a Certified Parenting by Connection Instructor.