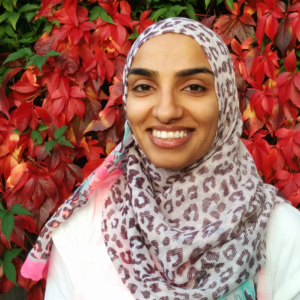 Staylistening Through Swimming and Separation Fears

Shaheen used this approach to help her daughter work through fears around separation and swimming lessons, and return to her cheerful self.

My daughter (just turned 5 years old) had recently begun primary school and had been showing increased separation anxiety after a couple of incidents. Even though she had settled nicely into school after a rocky first week, she was still showing signs of separation anxiety.

She had been doing swimming classes since she was 4 years old and had never had any issues in the pool, happily following instructions and enjoying the lessons. After school began however, she began crying at her swim lesson when it was time for her to get in the pool.

Having recently come across the Hand in Hand tools, I knelt near her and simply listened. She said she wasn’t worried about the swimming class itself, but about me leaving the pool area while she was gone. This fear was immobilising her—preventing her from going into her class, let alone enjoying it.

I acknowledged her fears and stayed with her while she cried, resisting the urge to do what I might have done previously, which was to reason with her (I’m just up there in the viewing area), or bribe her (if you go swimming I’ll give you a sweet after), or even scold her (if you don’t get into the pool I will be very angry). I did reassure her every now and then that I wasn’t going to go. She eventually got in the pool and continued crying and staying close until the lesson was over.

The next week the same thing happened, but by the end of the lesson she was participating in the class, with me still by the pool.

In the following weeks, when the subject of swimming lessons came up at home, I would do the same thing as at lessons. I reassured her that I would be there and not leave, and listened to her fears. I told her that I would even come down to the poolside if she needed me in the beginning, but that I really thought that she would be OK.

The next week, when she was initially a bit nervous and said she didn’t want to go, I told her gently that she did need to go swimming and that I would be there for her. She began walking down the steps to the poolside with me behind her, on the steps…and then she stopped and turned and said, “Actually, you can wait here.”

I said OK, and I waited on the steps as she turned and began going down again. Then she turned again and said, “Actually you can just go there,” pointing to where I used to sit during her swimming lessons before these fears began, in the viewing area. I asked if she was sure, and she nodded happily and said yes and went down to join her class.

She was SO happy that lesson. She was back to her normal confident bubbly self, and she giggled and laughed more in that lesson than ever before! I couldn’t believe the power of Staylistening—I was trembling myself with the after-effects!

I still don’t know what triggered my daughter’s fear at swimming time, but ultimately it doesn’t really matter. What matters is that I kept listening and affirming and helping her release her fears so that she could get back to a secure place once again.

Since that time, those same feelings have come up again; using the tools, we have thankfully been able to help her regain her confidence, and, I hope, also to release some of her fear along the way. That is a far, far better option than the alternative, which would have been to give up swimming altogether!

Shaheen Merali calls herself an international citizen, and for good reason! Born in Dubai to East-African parents with Indian origin, she moved to the US in her teens and then to the UK in her twenties. She has a degree in Psychology and more recently, a diploma in Montessori teaching. Much of her life has been spent working with children, either in a professional capacity or volunteer work in the community. To contact Shaheen on Facebook click here.