Power Struggles Over the Car Seat

The power struggle was on full swing. First, she wouldn’t get in her car seat. Then she wouldn’t latch her seatbelt or let me do it. Then after she was latched in, sometimes within 30 seconds she would take her seatbelt apart again.

My six year old daughter was in a phase of trying to be in control of everything—who sat at the table first, who walked out the door first, who got to the car first, and more. It was a big emotional project caused by hard things that had happened to her. I knew that we all have an instinctual healing process and if I could listen well to her, we could move past her need to control so much. But the place where it really drove me crazy was in the car. 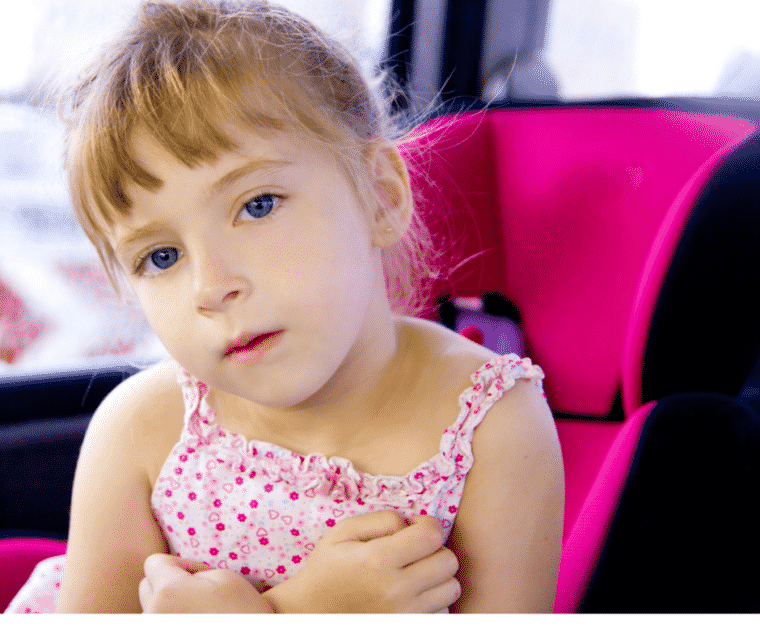 First, she wouldn’t get in her car seat. Then she wouldn’t latch her seatbelt or let me do it. Then after she was latched in, sometimes within 30 seconds she would take her seatbelt apart again. The power struggle was on full swing. I had a couple of occasions where I was forcing her into her seat and threatening her if she unlatched the car seat. I was not proud of these moments, but I also felt helpless. I was at the end of my rope and would try anything at that point. But forcing her and threatening her were only intensifying our power struggles. The clincher was when she started to unbuckle herself when we were driving down the highway at 65 miles per hour. I wanted to scream or something worse.

To begin to make change, I started with myself. I garnered listening support by making appointments with several Listening Partners. I was able to tell them about my struggles with my strong and willful daughter. I sweated as I re-enacted out loud with my Listening Partner my anger and frustration at my daughter’s stubborn and controlling ways. I could tremble as I allowed myself to revisit the times I felt helpless, alone. and controlled as a young child. I cried about the times people would give me the look that meant, “Get control of that child.” I even yelled out, “I don’t know what to do!” My Listening Partners kept believing in me. They told me I would figure it out even though I kept thinking I was doing something wrong and there was something wrong with my daughter. I even laughed about how this situation brought us both to the brink of craziness, but at the same time I was really afraid of what she was turning into.

After a number of sessions with various Listening Partners, I started to notice myself relax a little around this issue and around the oppressive feelings of hurt and anxiety. I also knew that feeling more relaxed would allow me to think better about a solution. My daughter responded really well to Playlistening so I focused on that particular Hand in Hand tool. I came up with a couple of ideas and thought I would try them.

The next time we pulled into my parking spot at home, I grabbed my seat belt buckle and shouted, “Oh, I can’t undo my buckle. I’m stuck!” As I leaned forward pretending to try to get out of my seat belt, I yelled, “Help! Help!”

My daughter instantly laughed and jumped forward to help me. “Phew, I certainly wouldn’t want to be stuck in the car. I would smell rotten after a couple of days.”

The next morning as we were leaving for school a little early and after the kids were buckled into their seats, I sat down and said in a pretend panic, “My buckle isn’t working, I cannot get buckled.”

Again, my daughter laughed, did a lightening-fast unbuckling of her seat belt, and buckled me up.

Without saying a word, she sat down and buckled herself up. Before she was done, I unlatched my seat belt and pretended to get into a tangle with it. “Oh, help, my seat belt came undone and now it’s tangling me up.” I was struggling massively like an octopus was attacking me.

My daughter came to my rescue again with full laughter and delight. She got control of my seatbelt and buckled me up again.

We continued playing several variations of these games over the next couple of days. My daughter never struggled with her seatbelt again. She never took it off when we were driving and buckled up without any issues.

~ Kristen Volk is a Certified Parenting by Connection Instructor. She is a single mother living with her two children in Denver, Colorado.

Connect with Kristen now her Facebook page and read about her experiences of Parenting by Connection in her family on our blog. Or email Kristen directly.

You can also join Kristen online in an upcoming Parenting by Connection Starter Class.