My three-year-old son has a lot of anxiety around getting shots. He gets extremely agitated beforehand. 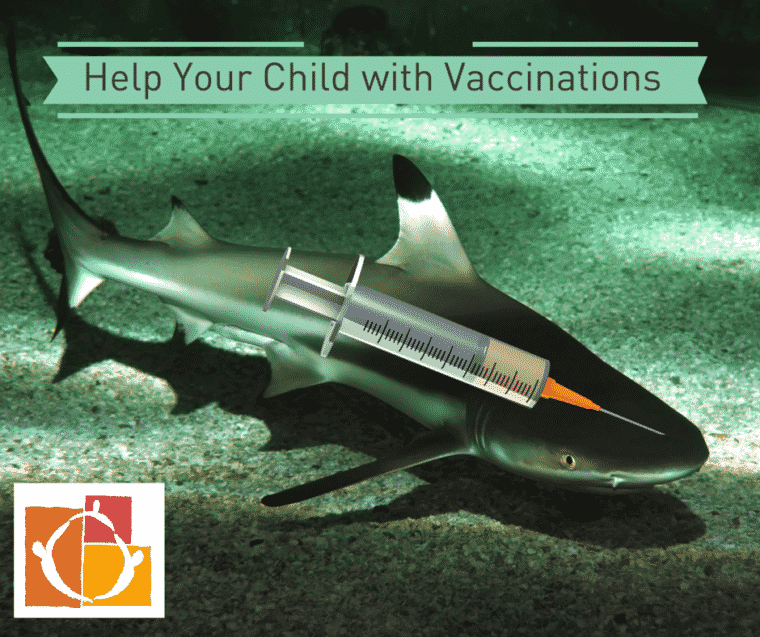 My three-year-old son has a lot of anxiety around getting shots. He gets extremely agitated beforehand. We let him know him that he's going to get his shots a few days before the actual date in order to give him some time to express his feelings about it. We set a warm limit and we do Staylistening with him.

Even so, after my son gets a shot, he still has some feelings to shed. Once, after getting a vaccination, my son and I were doing some Special Time. He was playing with a shark. He placed the shark on top of a box. To “amp up” the excitement and engage in a little Play Listening, I pretended to be really afraid when I saw the shark. With a twinkle in my eye, so my son knew I was playing, I lifted my hands high in the air and said, “Ahhh!!!! Shark!”

My son responded enthusiastically and made his shark “swim” towards me and touch my neck. I made a dramatic attempt to get the shark off of me, but as hard as I tried, I just couldn’t seem to break free of the shark bite! My son laughed and laughed, so I knew I was onto something useful for him. I laid down on the ground, stuck out my tongue, and made convulsions with my body as I said, “Help meeeeeee!”After my son laughed a bit, he came over to me.  He made a little sound as he touched me “Shwwaaa!!!” and he told me that it was healing energy. When I “came back to life”, my son was ready to play again.