…What’s going well for you?

It’s a simple enough question and one that can bring a moment’s lightness when your day feels heavy. It’s also a question we ask a lot at Hand in Hand, and one that we encourage parents to ask each other, because we all know that parenting can be tough and draining.

Think about it now. Is there something, amid the chaos and the craziness of daily life, that isn’t so bad? Something good that maybe makes you smile? It could be how good your coffee smelt this morning. It could be how your child looks tucked up sleeping in bed. 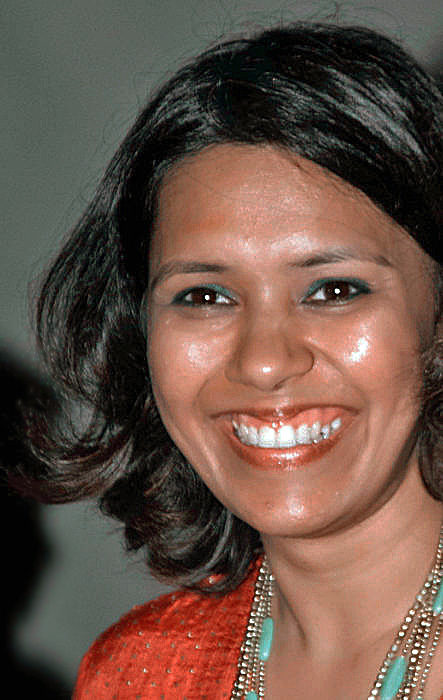 When Megha Mawandia, a Hand in Hand Instructor, asked that question to the 30 or so parents that had gathered one afternoon on a loud, busy street in Mumbai, India, she hit a block.

Not one parent could answer that question.

Megha visits the slum each month, and introduces Hand in Hand’s approach. Many attendants are teenage parents, are regularly beaten, and live in extreme poverty. No room was available that first session, so they sat on the roadside. Life there is bleak.

“We believe in rebirth,” says the instructor. “And so they believe that this life has been given to them as a punishment and they just have to suffer.”

Megha wants something different for them. “I want them to see they don’t have to put up with it,” she says. For her, that starts with recognising that life can hold possibility. That life can be good.

She works in two different slum communities in Mumbai. At Ward M, the poorest in the region, conditions are comparable to Sub-Saharan Africa, Megha says. Slum dwellers live in cramped, dirty shelters with little sanitation. The second is in Cuffe Parade, a younger, upmarket neighbourhood, where the slum lays in shadows next to shining new apartment towers. Under ramshackle roofs inhabitants live in poverty.

Grandmothers care for their grandchildren because parents have passed away, children live adult roles. Some have just turned teenagers and have babies to raise. One mother attending Megha’s sessions is just 13 years old, and is regularly beaten by her husband. “She has no government ID, no-one ever registered her. She’s nobody,” Megha says.

Physical and emotional abuse is a common in slum communities. It’s the way generations have been raised. “They’ll say, ‘If you don’t listen to me, your dad will beat me up. Is that what you want?’” says Megha.

She’d like to see parents listening to their children instead. She’d like to see them play. And she’d like these parents, who have so little else to look forward to, leave her sessions feeling lighter. Feeling heard. “I want them to laugh. To leave feeling good.”

So she tells jokes about the ‘awful’ relationship she has with her mother-in-law and the fights she has with her husband. Stories that sound familiar, and imperfect, something they can all laugh at. She also talks with them about how our brains work and why they are wired to connect.

This has worked surprisingly well because she describes each part of the brain’s function as an animal. “They really relate to animals because a lot of them are from villages and they have close contact with them,” she explains.

And she keeps asking, month after month, “What’s going well? What’s one good thing that has happened?”

On her third month there, a woman told her, “Madam, if you keep asking us this we won’t come anymore.”

When she returned a month later the space was empty. Had they deserted her? To Megha’s relief, slowly the parents dribbled by. And with them came change.

She asked the question. One woman answered, quietly, telling the group about a performing street monkey that she had been feeding. Another mentioned the scent of the fields back home in her village. “I knew then that finally I’d connected with them,” Megha says. “They felt safe enough to share.”

Hand in Hand’s tools are so simple to apply and so effective at bringing change, even when life offers very little hope. Worldwide, many of our instructors, like Megha, work in underprivileged communities, and use the tools to make change.

When Emmy Rainwalker, a social worker, stepped into a local homeless shelter in Boston armed with just the Hand in Hand booklets and some trepidation, she had no idea what to expect.  Shelter life is is hard. Many have partners or family in jail, and many residents have been in jail themselves. At least one commented that shelter life was as bad as prison.

At first, the tools were judged. “With each thing I said, at least one person, sometimes more, disagreed and told me I was wrong,” Emmy says.

But by the end of the 10-week course, Emmy had seen videos of the parents roughhousing with their children. She had heard stories where mothers supported their children through crying. How they began listening instead of hitting. She gave them a support network where parents could talk and be heard.

One mother said, “I never felt so good. So helpful. This class changed my whole life around.”

“Hand in Hand is for people to find their own voices. To raise children how they want to raise them,” says educator Shelley Macy, who works with First Nation tribes in the US. After centuries of oppression, it can be difficult for tribal families to find their voice, Shelley says.

She teaches teachers and caregivers how to apply Hand in Hand’s tools, as well as parents. “There’s always skepticism,” she says, “Until about Week 4, and then the ‘Aha moments’ start coming,” she says.

It’s easy to think that we have nothing in common with teenaged mums in India, or homeless families, but we do, because parenting unites us all. Parents everywhere struggle. Whether they live in a house, an apartment, a trailer—or on the streets. And, rich or poor, they all want one thing. “They all want their children to be happy,” says Megha.

Hand in Hand gives instructors grants and materials to help bring real, workable tools to share in communities like these. Tools that reach through social and racial differences and cross economics and generational gaps. Tools that, universally, help parents and children connect.

Would you like to help make more programs like these possible? Hand in Hand is looking for volunteers to help with our upcoming fundraiser. You can sign up and get more information here, and it’s one extra good thing you can feel great about today. 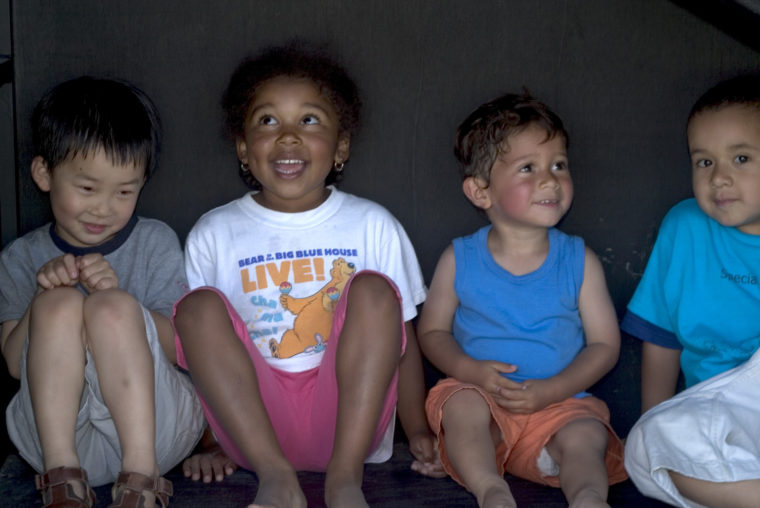