How I Made Peace With My Son’s Gun Play

Do you know that expression “I used to be a perfect parent, then I had kids?” I think that perfectly describes how sure I was that my children would not play with weapons. After all, what better way to keep children safe than to simply ban all toy weapons and weapon play?

Until I had a child who was interested in weapons and  I realized it wouldn’t be that easy. 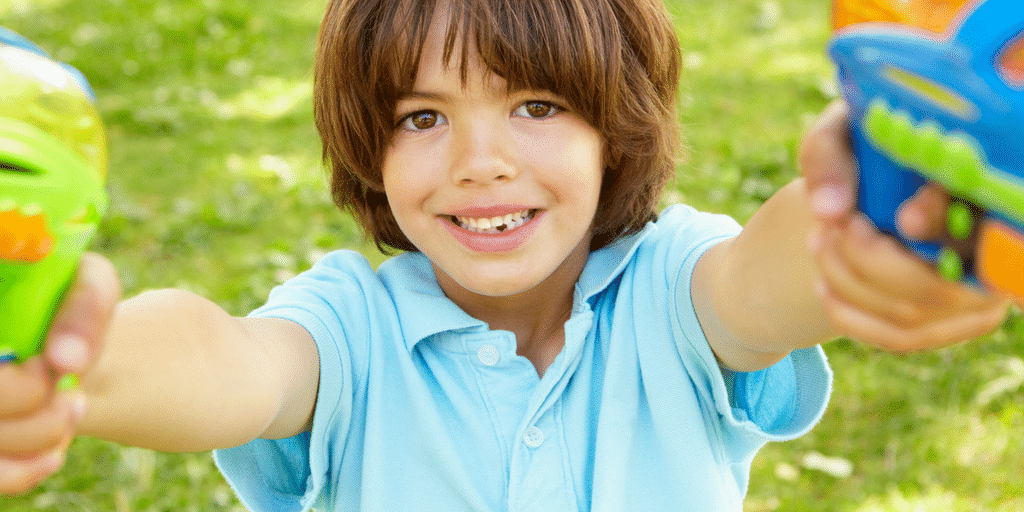 I also started to question whether playing with toy guns was as dangerous as I’d thought it would be. I used many Listening Partnerships to talk about how scared I was of my son getting hurt by a real gun, and to help shed my own feelings about a scary experience I'd had around a gun during my own childhood.

Over time, we built quite a collection of Nerf guns at our house, and had many laughter-filled Nerf gun fights as a family. Sometimes, our son and his friends would play as a team against one or two adults. We were given the smallest guns! We were the sitting ducks, the ones who got shot in the butt, and the ones who always missed and who ran out of darts.

You can read more about why letting your child to help empower them in Playlistening: Play that Lets Children Lead

It began to seem more clear to me that the gun play was about power, not violence. 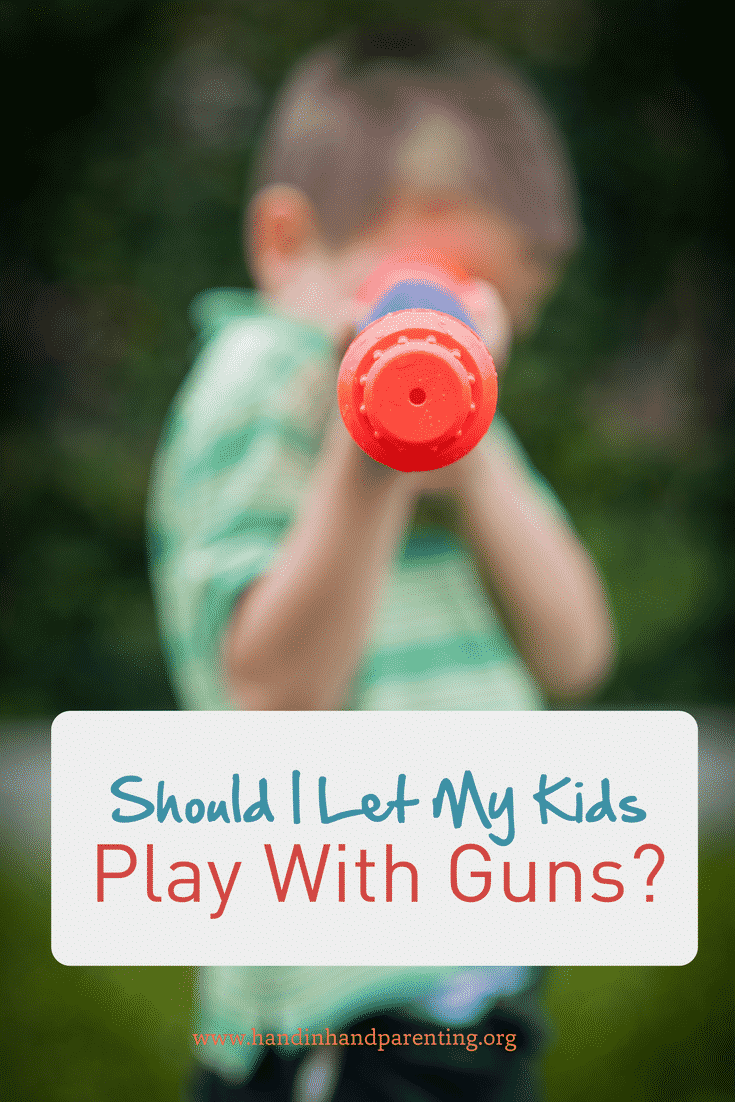 The kids had an easy time with the rule we decided of to always aim below the neck, and sometimes we would have conversations about what to do when we could see on someone’s face that they were not enjoying the play.

My fears that my son wouldn’t be able to separate the dangers of real guns from the fun of gun play soon faded.

And then, when he was in second grade, my son found a gun on the edge of his school playground. Did he pick it up? No. Instead, he went immediately to find an adult to help.

Meanwhile, our family Nerf fights continued for many years.

What are your thoughts on gun play? Do you have a hard time when your child is interested in violent play? How do you deal with it?

Did you know play can help children work through their fears? Read Why My Child Asked to Play Doctor's Office After She Got Scared

Hand in Hand's connected parenting tools can help you get to the root of all your parenting challenges. Get to know the tools in this free guide 5 Revolutionary Ideas That Make Parenting Less Stressful

Does parenting feel hard right now? Join Catherine Fischer for a free live call-in Why Is Parenting Harder So Much Harder Than I Expected? with fellow instructor Ravid Aiseman and get workable tips and strategies to help. Register for the call of replay here.