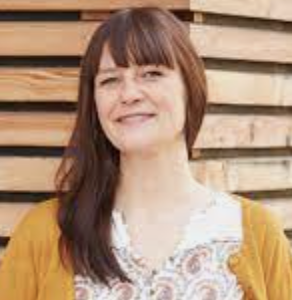 During my Hand In Hand instructor training, I heard about the concept of a love bomb. If you are familiar with Special Time, a love bomb is like an extended Special Time (and not as long as a full-on “Yes” day). When I introduced the idea of a love bomb to my husband he was willing to give it a try.

We agreed on doing a love bomb on the weekend for three hours, in addition to 20 minutes of Special Time every day.

One weekend my daughter, who is 11, spent three hours with my husband while my son, who is 8, got to be with me, and then the following weekend we swapped.

During the love bomb time, we tried to keep to the rules and mood of Special Time, letting our kids take the lead, while we appreciated them.

For the first six weeks we allowed media and very often we sat next to our kids while they watched movies or played computer games.

To me that was a challenge. It was hard to stay happy and joyful with them when I was concerned about whether they would now spend all their time on media or become addicted. I kept imagining them asking for even more media time, and worried that this experiment of allowing the media for three hours was a wrong decision.

But, to my surprise, they didn't often use up their whole time playing or watching. In fact, they only used the full three hours once. Another thing I noticed that surprised me was how often they were very, very balanced afterwards.

They also started to play with each other more and more during the week.

Still, after six weeks we decided to see what would develop if we stopped their media access during the love bomb for the next six sessions.

They accepted it pretty quickly and thought about how they’d spend their time. I believe this is because we’d developed a trust in each other during our earlier love bombs together.

This is how we ended up at archery, acrylic painting, playing roleplay games with figures and buying candy. One time, they even wanted to try wild bucking bronco rides together with us – it was a lot of fun and we all enjoyed it!

So how did our experiment work out?

It’s easy to see that the children are much more affectionate with each other.

They still argue sometimes, and it can get very loud and intense, but we’ve noticed they get over their squabbles easily and are friends again in a very short time.

changing the water of some tadpoles we are raising.

When I came back, I found them in chaos.

They were yelling at each other and looked seconds away from getting physical. I had no idea what was going on and so I  listened.

It turned out that there was very little water left in the tadpole bucket and the argument broke out about how best to move the remaining tadpoles.

They had tried a few ideas that were unsuccessful and then my son had tried collecting the creatures with a small cloth. My daughter, afraid that he would kill them in the process, called him names.

He called her names.

I discovered he had also declared, in all his stress and worry, that he didn't care at all if a tadpole died!

I listened to them for quite a while and every now and then assured my daughter that her brother is good. I told her he had felt stressed and scared but hadn’t wanted to really kill the tadpoles.

At the same time I reminded my son every now and then that his sister really loved him and acted the way she did after becoming scared.

After a few minutes of expressing themselves, things calmed.

My daughter said, “He didn't look like he was scared at all! Is that how it is when someone is scared?”

When I nodded, she looked at me very surprised, the glow of her “aha moment” still bright in her eyes.

They connected again, much, much faster than I was used to, and soon after I heard them talking about how they could solve the situation.

I definitely attribute that recovery and reconnection to regularly doing love bombs. It feels like they’ve really reconnected on a heart level, and that’s amazing to watch!

It’s just such a contrast to before.

Since starting love bombs, their sibling bond seems to remain strong and stable almost the whole week. They play extremely well together and are very cheerful, fun and exuberant. Seeing their strong sense of humour, independence and inner satisfaction develop has been wonderful.

Their whole vibe seems to have realigned.

I am very grateful to have heard about the love bomb concept. It’s made a huge difference for us.

Thinking of trying a love bomb?

I don’t think it’s necessary to schedule a love bomb for three hours per week or even every weekend if you don't have that much time. Just look for a comfortable fit into your particular family and give it a try. Then, experiment. See what works.

Like Special Time, announce the love bomb and set the time when you will do it. If you need to set cash or safety limits, do that too.

When parents ask about screen time limits for Special Time, Hand in Hand instructors recommend saying yes to screens the first 6-12 times while trust in the activity strengthens. We used this thinking when we began doing love bombs and allowed media.

Later, we approached the children and asked them to think of other things to do that did not involve screens.

During your love bomb, let your child lead, admire their choices and appreciate the time you have together. Limit distractions while you are together, and have fun.

Love bombs have allowed us to build deeper connections and that has had positive effects on us all.

I hope you try love bombs in your family and see the same great rewards.

New to Special Time? Get closer to your child in 10 minutes or less a day.

Get your start-up guide here.

Instructor Steffi Weh is a conducive educator and mom to two kids. They live near the Alps in Southern Germany. Steffi's vision is to help spread the Hand in Hand tools and to reach as many families as possible. She is passionate about empowering parents to be the best version of themselves and being supportive in every way she can. You can connect with Steffi here on her website or on Facebook