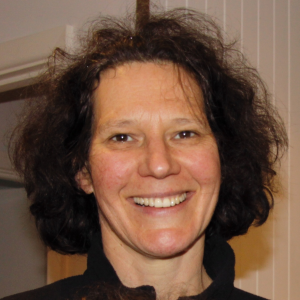 Setting A Connection Plan In Place For The Holidays

Family holidays can be a special challenge for us parents. It's good to spend time together. But often getting to the holiday destination can be stressful, and by definition, everyone is tired and worn out to begin with.

We parents are often really, badly, in need of some down-time.

And at times like these, things don't always go well between our children.

Happy play quickly turns to trouble. What can you do?

On our holiday, I've been sitting pool-side, watching things unfold. Three children – siblings – happily playing, running off the deck into the pool. It's a cheerful, creative, cooperative game. Something about chicken wings (hands tucked under armpits as they jump into the water) that seems to be hilariously funny.

But suddenly, the game turns.

Middle brother is trying to push younger brother off the edge into the pool. His face is locked in a tight, focussed grimace. Younger brother fights back, initially with laughter but as he resists with growing fierceness, it becomes a yell of protest.

He looks frightened. Being smaller, he loses the fight, and ends up in the pool. He surfaces in tears and heads to the other side of the pool to Mum. Middle brother drifts off up to the other end of the pool, carefully not looking in her direction.

It will happen again…

Mum’s attention is pulled away from her phone, and she comforts the younger one, and calls the older one to her. He comes, and they sit together. I presume she is telling him what he did wrong, and he doesn't seem too defensive. Soon after she packs them all up and they leave.

Clearly, everyone has run out of slack. Good to move on. She didn't seem to rouse on the kids too badly, but I can guarantee, it will happen again. And chances are, at some point she will run out of slack herself, and her response may not be so gentle.

What is happening here?

How can children go from happily playing one minute, to bashing each other the next?

I'm not sure there is a clear answer. What I can tell you is that middle brother was not making a rational decision to turn things nasty. In fact, I would say that his “thinking mind” had gone offline altogether.

He became overcome by feelings. A tight knot of feelings welled up and, in the grip of them, he lost his sense of connection.

There may not necessarily be any rhyme or reason for why it happened at just that minute, or at just that point in the play, although if you watch closely, there will probably be a pattern to when the child loses it.

It may be some old grievance. Surprisingly, these hang around, lurking below the surface, liable to be triggered by some small incident or slight. Perhaps they are feelings left over from when his little brother arrived in the world. Or from earlier, his own birth, or some hard time as a very young child. It could be that he is being bullied at school, or he has a memory full of hard feelings directly relating to water play.

Whatever the underlying cause, the important thing is that when it comes up, he can't remember that he loves his brother and wants the best for him. He can’t keep the play on the enjoyable side, where his strength is well matched to his younger brother, and the tussle is more-or-less even.

He is suffering a kind of emotional flooding, where feelings overwhelm his thinking. The part of his brain that governs reasoning and judgement, and which can assess the consequences of his actions and exercises impulse control, is as “off-line” as any computer that has run out of power.

So, overcome by some fierce feeling (which may or may not be about his brother), and having lost his moorings, he hits out at his brother. At this moment, he can't make a different choice. Feeling suddenly victimized, he seeks to feel better by gaining the upper hand.

He can feel a certain satisfaction in doing this. But it doesn't last long. He was feeling bad, so he hit out, but then he feels worse. As well as the feeling that initially overwhelmed him, he probably now also feels guilty and defensive as well, scared he will get caught, or get into trouble.

Is there another way? I know from experience there is. But it requires that someone helps him through the difficult, troublesome feelings, and helps him to reconnect.

And in the medium to longer term, it requires we be organised to work with our children over time to increase their overall sense of connection.

Doing both these things can be hard work. Especially when what we really need is a holiday!

But if your children are running low on connection, as they most probably are at the end of the school term, you probably won't get all that much of a holiday due to the bickering and upsets anyway.

Developing a Connection Plan for the holidays is helpful.

A good sense of connection helps your child through times when big feelings are getting in the way of their ability to think, or their ability to make workable decisions, or stay out of trouble.

If you think of having a “Relationship Bank Account” with each of your children, connection is the thing which builds credit in the account – the thing that keeps it from going “into the red” or into deficit.

When you need to set a limit, you use up Connection Credits, so for things to run smoothly, it’s good to keep the Relationship Bank Account topped up.

A Connection Plan should take account of the things which are likely to drain the Bank Account. You can probably predict the times when Connection Credits might get low. These are times like the end of the day, the end of the school term, the challenges of packing and travelling, illness – any numbers of stressors on your child, yourself, or your family.

Look out for Part 2 of this article which explains a key Listening Tool – Special Time – that will help you periodically top up your Relationship Bank Account to help stop your children from getting into fights with one another in the first place.

After that, Part 3 will talk about how you can intervene to and set limits once they are in trouble with one another.

Madeleine Winter is a Parent Coach, Certified Hand in Hand Parenting Instructor and Consultant. She's been working with parents using the Hand in Hand approach for over 30 years and she loves to help. Why not book a Free 20-Minute Consultationand she can help direct you to the best resources and support.