My three-year-old and I had a Special Time during my older son’s piano lesson.  When it ended and was time to pick my older son up, my younger son asked if he could get stickers also.  His brother gets stickers at the end of a piano lesson.  I said casually, “Okay let's go in and ask the teacher.” 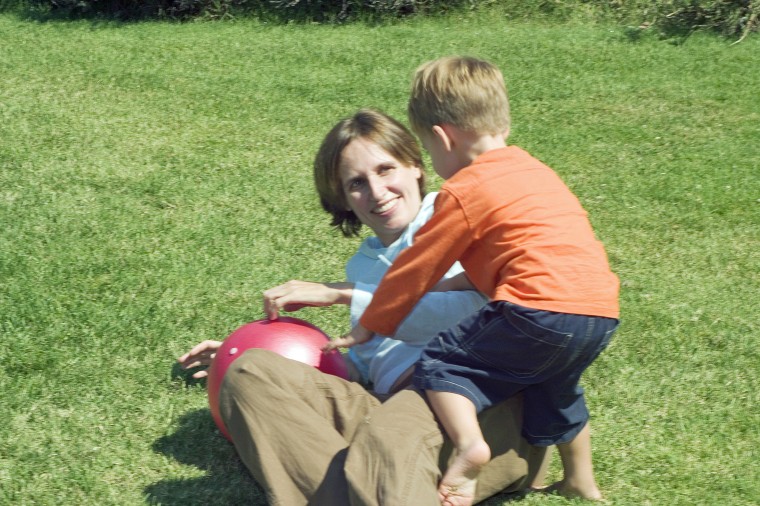 So we went inside the piano teacher’s house.  We asked and the teacher said yes.  She gave my older son a sticker, and also generously gave my younger son one, a different sticker.  But he didn’t want his.  Instead, he wanted his brother’s.  “I want that one!” he whined.

The piano teacher in her seventies told my younger son harshly, “This is your brother’s, not yours.”  Hearing this, he started crying, and fell down on the floor.  Seeing a three-year-old throw a tantrum, the piano teacher shook her head, waved her hands and told us that he was not welcome at her house anymore from then on.

Deeply embarrassed, I said good-bye to the teacher thanking her for the lesson and the stickers, took both boys out and managed to bring my crying son in my car.  I was triggered by the upset the piano teacher aimed at us so it took quite an effort stay as calm as I could.

Inside the car, I Staylistened for about 40 minutes.  My older son was waiting in his seat, peacefully, humming and tapping on an imaginary piano.  I sat in the back seat, Staylistening to my younger son as much as I could.  It became really hard for me to continue to listen a few times as I started thinking resentfully about what the piano teacher told us.  I took deep breaths now and then.  Then I went back to more Staylistening.  My younger son was frantic.  He asked, “Let's go back and get the sticker!”  I replied, “No, we are not going to go back in.  We’ll stay here in a car for now.”  It took a long time, but he finally finished crying.

To my delight, my older son, who was sitting quietly next to us, looked up as soon as his brother finished crying, and offered a toy dinosaur, which was a special dinosaur he had received that day at school, something he would not share earlier.  It was very sweetly done and let me realize that I was not alone in my listening. My older son was also compassionately attending to my younger son's crying.  The brothers were happy together all evening after this incident.

Later, after I had stopped the lessons from this piano teacher, I heard that there were others who had stopped too, due to her occasional harshness.

Staylistening and Special Time are two of Hand in Hand's five listening tools. Read about how they can transform your parenting.

Get monthly help and advice on parenting with calm and connection.