When Your Child Hurts Another: Working Through Upset

When my daughter was just under two years old, we were playing one day with a friend and her one-year old son. 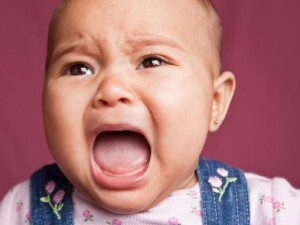 While gently nuzzling the leg of the younger boy, my daughter suddenly took his thigh in her mouth and bit down, HARD.

He immediately started screaming and crying. My daughter lurched away, looking startled, but she was frozen and not able to cry.

It wasn’t clear if she had been trying to hurt him, or just trying something out (she looked more curious than aggressive). I went to my daughter and held her, reminding her that we have to be gentle with babies. None of what I said seemed to go in; she was frozen and not listening.

Shortly after, both children seemed over the upset and were back to playing.

Some month or six weeks later, while attending a mommy/toddler class together, a slightly older toddler bit my daughter on the arm. My daughter cried briefly, but stopped when the teacher arrived with a band aid. I realized that this classroom wasn’t going to be the environment to allow her to offload her feelings, and I hoped the feelings would come up later to be worked out.

Later that day, I was crouching down to get something out of the refrigerator and my daughter came up behind the door and pushed it closed (bumping it gently into me).

I lost balance and stood up to avoid falling. Leah looked startled and immediately started crying really hard. I realized that she thought I had been hurt, and I assured her I was okay. I sat on the kitchen floor for a good twenty minutes while she stood and cried, a loud “whah!” kind of cry with lots of sweat.  I stayed close and spoke tenderly to her.

Throughout the twenty minutes of her cry I thought she was releasing stress over the upset earlier in the day from having been bitten by the other child. But after crying for about twenty minutes, and through big sobs, she managed to say, “I don’t want to ever bite baby Malcolm again!” Then she cried and cried some more while I said things to her like, “You are so good, you are so good, even when you make a mistake, you are so good. It’s really okay. You are good and Malcolm is just fine. You get to make mistakes sometimes.”

After twenty-five or thirty minutes she finished her cry and cheerfully reached for my hand, ready to move on and into the afternoon.

I was moved by what I saw as the connection between getting bitten earlier in the day and her memory of having been the child who bit another. At the time when she bit Malcolm, she wasn’t able to release any feelings about it, but she had clearly carried that memory—and the emotional pain of having hurt another child—and it was ready to be released when the right circumstances brought it up again.

Read this article, What to do when toddlers bite for advice and strategies to deal with biting.

Are you looking for some more ideas on how to end aggressive behavior? Get your free video tips now.