Conquering the ABCs through Staylistening

One afternoon, as I returned from work, I found my 9-year-old son and his grandmother writing out the English alphabet with beautiful coloured pens in his English class notebook. They were about to finish, when his grandmother asked him to say the English names for all the letters. My son started with enthusiasm, however, he got stuck at letter H. He could just not remember the English name for it. So he started to close his book and declared that it was not part of the homework to say the alphabet out loud.

I know how ambivalent he is about learning and what a struggle it has been for him—he has been diagnosed with learning difficulties—and I decided to help him along a bit. So I said softly, “No, darling. Let's do it! I know you can do it. I'll help you.”

Immediately, he burst into tears. “I cannot do it!” he cried. “I can never learn this!” Then, after 30 seconds of crying, he became very angry, and started destroying his notebook. I intervened to save it. He turned to me and declared, “I will hit you then,” and he tried to hit me.

We had been at this point many times before. My son has plenty of anger and fear—for good reasons—and it took me a long time to learn how to be with him at these moments in a way that is helpful for him as well as safe for everybody and everything around us. Generally, at these times, it really helps him if he can struggle against something. So I decided to offer that to him: I stood up and let him struggle against me, making sure he could not hurt me. (Which is tricky: I only really got the hang of it when I realised that I AM stronger and CAN protect myself.)

In the midst of all this, Grandmother was trying hard to sweet-talk him out of this state, in vain. This fight was the thing he needed.

After struggling and struggling for 3-4 minutes, he suddenly left me, went back to his book, and started to read out the alphabet. The H stumped him again, he burst out crying for a little while, then came back to fight some more with me. This time, it did not take more than 2 minutes for him to turn back to the challenge.

This time he made it through H and I, but got stuck at J. Some more fighting…then back to the notebook.

J was still too much to remember, but this time, he was not coming back for more fighting. Instead, he attempted to say the alphabet from A again. He was really focusing, attempting to say the names of the letters correctly, till finally he could get over both J and K, and then the rest. At that point, he closed his book, and started some other activity.

By giving him the opportunity to release his feelings, and staylistening to him and giving space instead of trying to talk him out of his fight, I had allowed him to get back to focusing on the challenge and eventually overcoming it.

P.S. When I asked my son whether I could write up this experience on our Hungarian blog, where many people who know him personally can read it, he outright refused—even when I offered to change our names. But then I explained, “You know, son, many parents get into a big fight with their kids about homework, because they want to help their children, but do not know how, and then they do not know what to do, and they end up being angry with each other, though they love each other. Maybe they could better help their children, if they read our story.”

“Then you can even put my real name in there” he said.

So here it is: Aron. 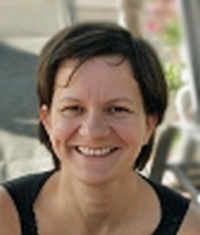