A Playful Response Helps With Whining and Pretend Pain

Our four-year-old daughter had a growing tendency to be very melodramatic around ‘pain'. If she was in a certain kind of mood and just got touched or gently bumped, she would whine and start to cry, repeatedly saying things like ‘Ow! You have to rub it.' At times she had even said that we had to rub it or she would die!

It felt very needy and also very controlling at the same time, and it really bugged me. I made sure I spent some time exploring the issue in my Listening Partnerships and that gave me some headspace to deal with it.

Because it felt like she was getting really stuck in this behaviour, I started taking a moment to assess each time it happened.

It's quite obvious if our daughter is genuinely hurt, in which case we cuddle and I let her know that it's going to be ok until she has finished crying. But if it felt like she was over-reacting I decided to try play and began reacting rather melodramatically. I would say “Hold on! Hold on – let me see…,” and then do a sort of mock-horrified reaction at just how bad it was. This made her laugh a little, but she soon went back to crying and insisting that I rub it.

I gave it some more thought and one day I had a bit of a breakthrough.

I'd been getting lots of listening time and was feeling like I was thinking quite clearly and flexibly, so when my daughter came in to show me her ‘terribly' hurt thumb which had been bashed, I said my usual “Let me see” but then when I looked at it, I covered my eyes and said very exaggeratedly “I can't look – it's too awful, oh! oh! oh! it's terrible – don't show it to me, I can't look!”

She laughed and laughed and, of course, shoved her thumb right back in my face! I kept pretending to take a teeny peek and then exclaimed again about how I couldn't possibly look as it was just too terrible!

We were both laughing and laughing (it was quite hard for me to do the mock horror as we were laughing so much), and then just as suddenly as she had come in, she wandered off quite happily and went back to her play.

Over the next few days, I really noticed that the strained relationship she shared with her older brother seemed a lot more positive. He had been bugging her on purpose, giving her a little shove or a gentle hit (something we also had to work on from his perspective!), but since the ‘thumb horror' he was doing it less. She didn't seem to be noticing his attempts and he just wasn't getting such a fun reaction!

When she did react, we were able to laugh it off together. She stopped ending up in tears, which would have been unheard of a few days before.

I had felt quite stuck in this issue. I wasn't happy with the ‘rub it better' idea. I wanted her to know for herself that she could handle it, and that she was going to be ok.

We'd clearly got a little bit of laughter going with the first “It's awful' idea, but adding the “Don't show me,” action really seemed to tip things in her favor. I think it was because this gave her more control of the situation. She was able to take charge and deal with it in a positive way. You can read more on how this kind of positive play helps children shed their fears and concerns in How to Help Kids Face Their Fears with Play.

At the time, I thought there might be more work to be done on the issue, but we have hardly seen any instances of her needing us to ‘rub it better' in the months since this happened. In fact, now she tends to say “ouch,” but then forget about her injury. Sometimes even laughs about it.

Some bumps and scrapes really hurt our children. At those times, we need to listen to their pain, and take action on physical injuries, however, at other times, our children may experience a minor knock and their reaction seems huge in relation to the event.

All behaviour we see from our children is trying to tell us something. Off-track behaviours (those which seem unreasonable or difficult) are a cry for help.

If our children get a small bump, but aren't able to jump up, dust themselves off, and get going again pretty quickly, we can be sure that they are using the small physical hurt as a pretext to ask for some help in releasing some bigger, underlying emotional hurt. Then it can pay to break that tension, using laughter and play, or in listening to them cry through the hurt, like in this story, Removing a Splinter, and Much More, Through Staylistening and Playlistening.

Get this free guide The Basic Secret for Reducing Parenting Stress and learn how listening partnerships help you explore your parenting challenges so that you have more patience and can react more calmly and creatively.

Join Emilie for her in-person Starter Class and learn the foundations of Hand in Hand Parenting. Find out what drives tantrums, aggressive behaviors, sibling rivalry and other parenting challenges and find ways to handle them calmly and with connection.

Find out the strategy Emilie uses to unblock emotions in her listening partnerships. 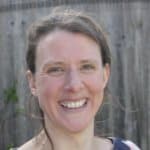 Emilie Leeks lives in Berkshire, UK with her husband and three children. She is a certified Hand in Hand Instructor with additional experience in speech, language, and communication issues.