When Playing Poop was Suddenly “OK” 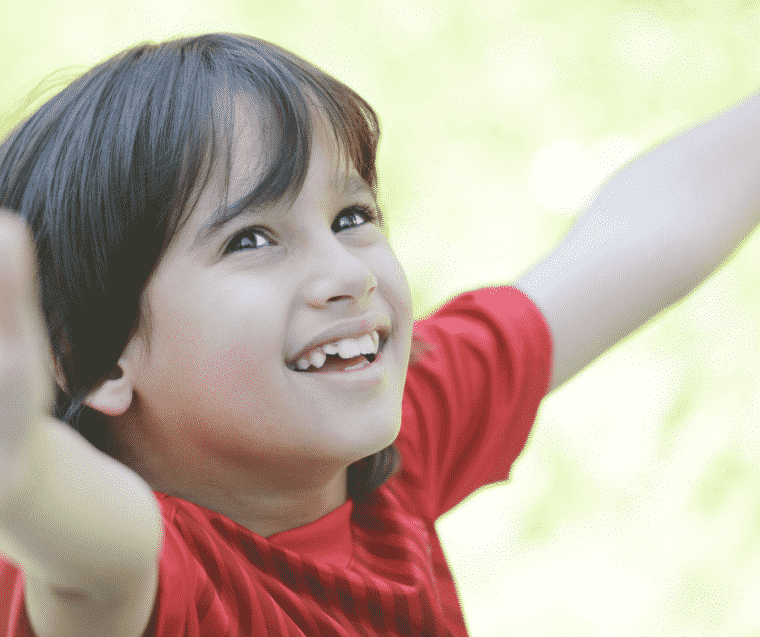 One point of difference between Hand in Hand and other parenting approaches is recognizing laughter and play as a way to relieve tension. So often, play is overlooked as a parenting tool, but here we see the amazing way play brought one parent and a bunch of kids together.

The Day When We Played Around “Poop!”

“One Saturday afternoon, as I went out in our back garden, my 4 and a half-year-old son asked me: “Mom, could you go at the balcony upstairs and drop the quilt on me?”

I got out on the balcony and said playfully, “This quilt has so much dust, I have to shake it off. Out of the way, Alex, I'm afraid I'll accidentally drop it because it's so heavy and I don t want it to fall on you and hurt you.”

“Let it go, mom!” he said excitedly and giggling.

After a few times, he asked me to stop so he could bring his friends too, an older boy and his 2-year-old brother. “Do you want mommy to drop the quilt on you too?” he asked them. Of course, they said yes.

They were enjoying playing so fully. Each time, they pretended to fall on the ground and then had so much fun getting out from underneath it. As soon as the quilt touched their heads they were excited to go for another round.

The Moment Poop Enters the Story…

I don't remember exactly how and who started it, but at some point, they began saying, “We want the quilt and poop!”

“What?!” I asked. “There's poop on this quilt? I don't wanna touch it! You should get out of the way so you don't touch it either, guys.”

They played their part too!

“No, we wanna touch it!” they screamed. “We want the quilt and poop!”

They shouted and laughed as I dropped the cover again.

From then on it was only “Poop, poop, we want the poop,” with me wailing and complaining and asking how they could dare mention this word!

I playacted being surprised that they were interested in poop, and pretended I was dreading having to touch it and then to send it down to them – anything to make them laugh. Before I knew it, more of the neighbors' children joined the boys and everybody, including myself, was so excited, laughing and having so much fun – over poop!

I hold that day in my memory for many reasons. There was something almost magical about the fact that they were together. How the 2-year-old got very bold during this game, how my son was able to bring his friends into the fun, and how they were finally, finally able to shout out “Pooooooop!” without being scolded for it.”

For 29 years, Hand in Hand Parenting has inspired change. Please help us keep that change going. Your gift helps us provide free resources, programs and support to parents in communities that need it most.

Try the Hand in Hand Tools Yourself

Read Playlistening with a Picky Eater