What About Me? Sibling Rivalry When One Child is Sick

Although my 6-year-old and 2-year-old daughters are very close most of the time, the older one has reacted negatively on the few occasions her younger sister has been sick, becoming uncharacteristically resentful or saying things like, “I wish I were the one who was sick!”

Clearly there is jealousy at the attention her little sister gets at these times, even if it just involves administering medicine. 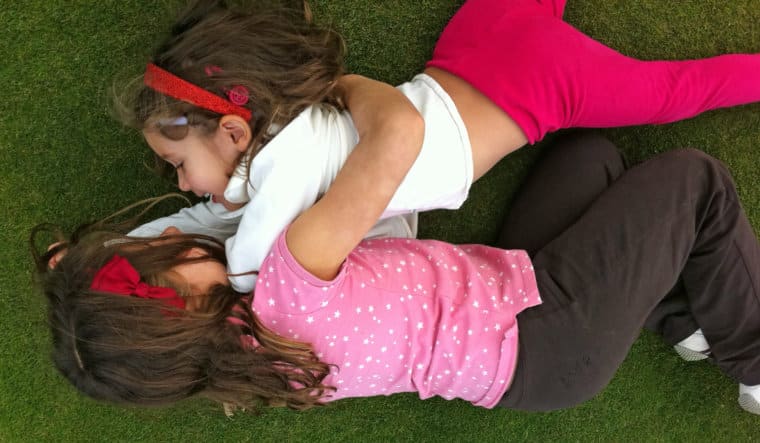 In the past, before I was as involved in Hand in Hand Parenting, my husband and I tried to apply logic to the situation–pointing out the misguidedness of wishing sickness upon yourself, or asking my older daughter how she would like it if we acted mean when she was sick–in a way that conveyed disapproval.

This time when it came up, I was ready to practice Staylistening.

It started when my nanny came home from the park with both girls and informed me that the younger one was running a fever. I started to look for some medicine. My older daughter immediately acted belligerent and ran off to her room to yell and cry. As soon as I had given our nanny the medicine, I followed my oldest to her bed and sat with her for a bit.

She was letting out sharp cries and sweating. Then she ran away to another room. I followed her again, continuing to try to be supportive while she expressed her emotions. Sometimes I kept making those statements in a loving tone, and sometimes I just held her quietly and stroked her hair.

Interestingly, my mother was visiting at the time. She and my oldest have an amazing bond and seem inseparable whenever my mother stays with us, but while my daughter’s tantrum was going on, my mother stayed at a distance, despite hearing all the commotion. Then after a while my mother yelled out from another room, “This is getting tedious!”

Finally, as my daughter began to quiet down, my mother came in and I explained what was going on.

It was interesting to be reminded of how common it is for parents (or grandparents) to have this reaction to a child's tantrum–reflexively acting negatively about the release of emotion without investigating what's going on–and to think back on how my own upsets as a child were handled along these lines. There's more about how to explore family tension in this article, 5 Strategies to Help When You Feel Judged On Your Softer Parenting Style.

Despite being somewhat stunned at my daughter’s vehement emotion, I felt positive about trying to handle it differently this time.

Ultimately, she calmed down and seemed ready to move on to other things. I told her I was blowing up a big love bubble all around her and playfully mimed doing this, which she seemed to appreciate.

Then, within the next 24 hours, she did two surprising things. She made several homemade cards, featuring various drawings, and tied them with a ribbon as a get-well gift to her still-sick sister. And, while her sister had a poor appetite, my daughter arranged a “picnic” on our living room floor with dolls and a blanket and food to “cheer her sister up,” she told me. She actually got her sister to eat a bit!

These were unprecedented acts of caring and generosity while her sister was sick.

– a mom in Los Angeles 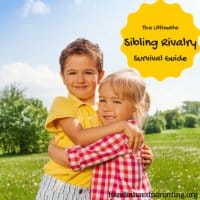 Are you looking for more tips on how to handle sibling rivalry? Get your free copy of the Ultimate Sibling Rivalry Survival Guide and you'll learn what to do when chaos ensues, how to handle the most common sibling struggles, the secret to sibling friendships, and much more! 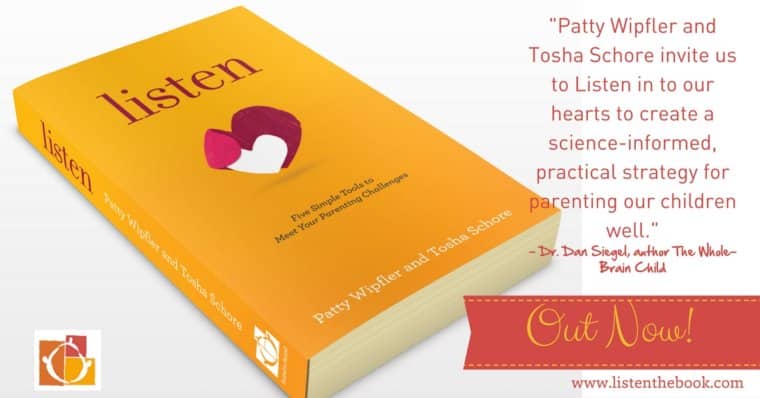