My Child’s Crying Helped With A Major Accident

All in all, it was 8 hours of really hard crying, perspiration, and tears. I could smell his body odor—he worked up a heavy sweat. 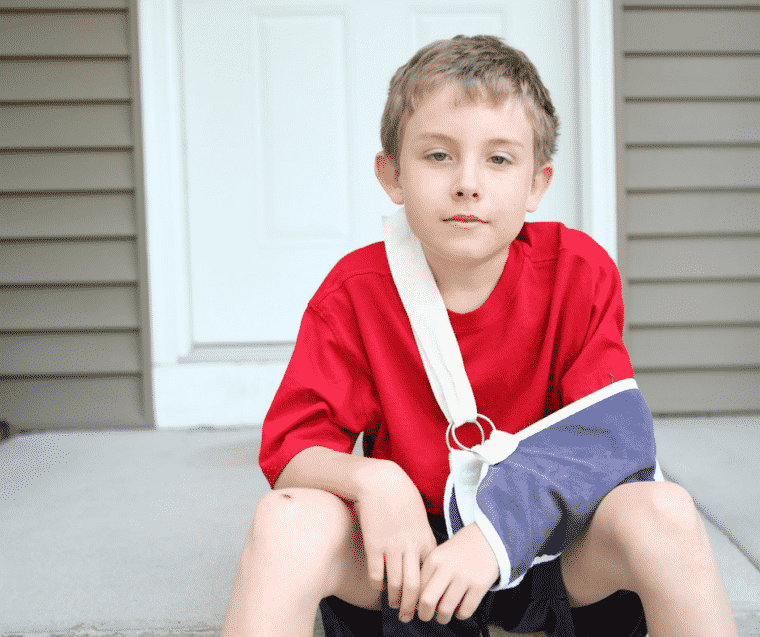 My son is 6 and a half years old. I’ve been listening to his feelings and doing Hand in Hand tools since he was about one and a half years old. He had a rough birth, and has had lots of tension to work through from the beginning. A couple of weeks ago, he had the biggest accident of his life so far.

He was in the playground at school, and fell from the jungle gym to the ground. It was a really bad accident and he broke both bones in his left arm at the wrist.

The school worked hard to reach me, but I was in transit, so it took a full hour before I arrived at his school to take over his care.

He had been crying and screaming inconsolably in the nurses’ office.

They told me that during that time, while crying hard, he had very articulate thoughts and was able to communicate with the adults who were caring for him. He said he wanted people to leave him alone (I think he meant not to touch him), and cried angrily about why I had to be on my way to my daughter’s preschool program right at that time.

He knew he had broken his arm, and that he was going to have to go to the hospital. He cried about what had happened to him, about what was going to happen, and about the fact that I wasn’t there when it happened.

I picked him up from the little nurses’ station, and took him to the pediatrician’s office. He was screaming in pain, but they wouldn’t give him any medication, in case they had to anesthetize him to set the bones. He was screaming that it hurt, that I needed to take him to the emergency room, that it really hurt.

He asked why I wasn’t listening, why I hadn’t been there when the accident happened, and why he had to go to school.

Why I Never Told Him “Stop”

There wasn’t any way I could stop the pain while we were waiting for the doctor, so I sat with him and listened to him scream and cry.

People in the waiting room and the office staff were horrified that I was simply sitting with him, saying, “You can keep telling me about this, I’m right here with you.”

He cried and cried.

Next we had to go to the paediatric orthopedic surgeon’s office. He cried all the way there, the whole time we waited there, and all the way over to the hospital.

He cried and cried on the hospital bed, and a few times, he cried himself to sleep. He sort of dozed off, then woke back up and cried some more.

All in all, it was 8 hours of really hard crying, perspiration, and tears. I could smell his body odor—he worked up a heavy sweat.

For me, it was great to not shut him up, to let him really cry.

There wasn’t anything I could do to make him quiet or to ease his pain, even if I had tried. It was draining, emotionally, but I felt like I really wanted to stand by his right to tell the world how much it hurt.

The principal had tried to get him to be quiet, and lots of others tried too. But he wasn’t going to take it quietly! Not him!

No Need to Grieve After His Accident

By the time they were getting him ready to go into the operating room, he had stopped crying. He was perfectly aware of what needed to happen. He was a little nervous about the anesthesia, a little afraid of going to sleep. He wasn’t wild with fear at all, just a bit nervous, and when he understood that the anesthesia was necessary he was willing. Finally, they put him under for about 10 minutes and set his arm. It was really quick. He didn’t need any surgery.

He had the best sleep of his life in the recovery room! He fell into a deep sleep there, and he was so relaxed he was snoring !

Since then, he has never felt the need to talk about the whole thing or to grieve about the accident. He’s not afraid because of it. This is so interesting to me, because it was a really major accident!

New Beginnings: Broken Bones Did Not Break His Soul

The next day he went to school, he was very proud of his arm, and he was still in pain, but did fine.

Starting from that day, what was amazing was that he could focus more, could read better, and math became easier for him!

School this year has been a real struggle, but it changed markedly after his accident.

I don’t think this is just because he can’t be as active with his cast on. I think that the 8 hours of crying and offloading fear, this purging and expelling all kinds of stress and muck made a big difference. I respected him and supported him through it, and from my point of view, he really did well.

Things are now noticeably easier for me with him at home, and easier for him at school.

I wouldn’t recommend having a child break their arm to get this benefit, but how amazing is that?!

When a child cries long and hard cleans out emotional baggage. To read the science behind this fascinating subject read The Science Behind the Hand in Hand Parenting Tool of Staylistening