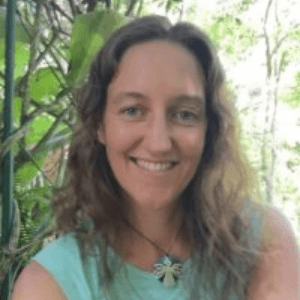 Playing Away My Son’s Aggressive Behaviour

I had to keep a very close watch on my son, and be able to move in fast to protect myself or my daughter when he decided to have a swipe! But as the time went on, these incidents were fewer, and he was laughing more, and including his sister more in the games we were playing. I could sense we were all feeling very close.

My four-year-old son had recently started being quite aggressive in his behaviour toward me and also his younger sister. At every point of frustration he very quickly descended into hitting, pinching, kicking or biting. At first I was quite shocked! He hadn’t been like this before, and it caught me off guard.

I managed to get through a few incidents of his aggression by attempting to set a limit, physically moving in to keep his sister or myself safe, and saying, “I can’t let you do that.” I was attempting to stay and listen after I had moved in with these limits; however, he didn’t appear to let go of any of the tension that I knew was causing this behaviour.  I could also feel myself starting to get frustrated, and a bit angry that he was being so hurtful. I decided to take my feelings about this to my listening partner, which I did one evening. I was able to clear a lot of my reactive feelings related to his behaviour, and noticed I had a lot more empathy for him, which increased my motivation to connect with him, and help him return to his usual loving self.

So, the following day, I was able to set aside a whole morning, just to focus on playing with my son, and also his two year-old-sister. We set up our living room as a “wrestlemania” station! There were pillows and cushions and blankets all over the floor, bean bags, and our swing that hangs from the rafters in the room. I was really excited, and so were my children! My husband and I often play “wrestles” with our two, and they are used to having the upper hand, us letting them be in control and “win” most of the time. I’ve found this kind of play really allows the child to feel you close, and build a strong connection. I knew my son must be feeling disconnected from me in some way, and that’s why he was showing aggression. 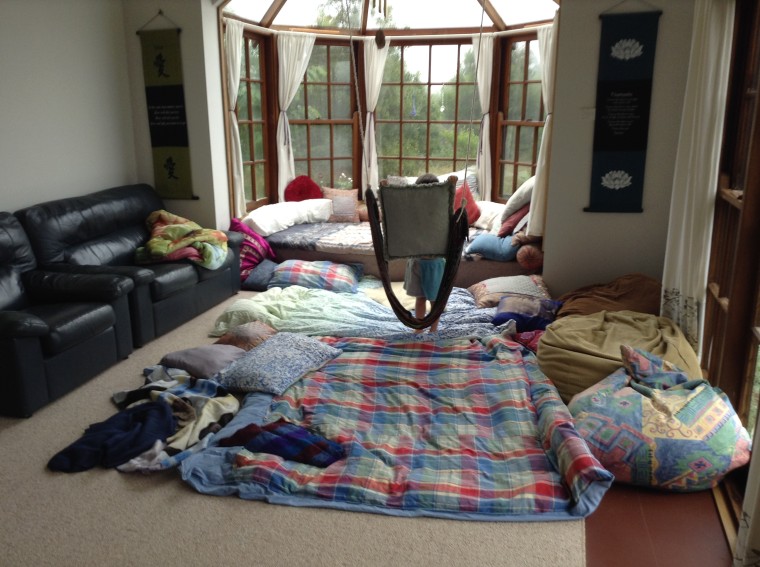 So we started playing, just rolling around on the floor, or my children throwing cushions at me, and me falling over dramatically! It was lots of fun for us all, but after only about five minutes, my son grabbed my arm hard and started pinching me. His whole face had changed in an instant, from relaxed laughter to hard tense and angry. This was my cue to counter that feeling. So I looked him in the eye, and said, “That’s a funny way to ask for a raspberry on your belly!” and tried as best I could to nuzzle in on his belly, while he immediately started laughing again. This “vigorous snuggle” is like tackling his yucky feelings (that were causing him to pinch), head on with my love and enthusiasm and acceptance of him no matter what his attitude.

We kept playing like this for about an hour, with a few drink breaks! The flow of it was directed by my son, I followed his lead, and also tuned in to what made him and my daughter laugh, and did more of that. Every time there was a show of aggression – and this did happen quite a lot – I was able to do more of the “vigorous snuggle” variations, or playfully set a limit, for example lightly saying, “what are these hitting hands doing?” while playfully trying to grab them. It was a workout for me! I had to keep a very close watch on my son, and be able to move in fast to protect myself or my daughter when he decided to have a swipe! But as the time went on, these incidents were fewer, and he was laughing more, and including his sister more in the games we were playing. I could sense we were all feeling very close, and we naturally moved on to doing other things in our day. For the remainder of the day, there was not one single show of aggression from my son. He was loving, thoughtful and very relaxed. What a change from the past few days! Over the following week there continued to be very few aggressive moments from my son, and when he did go to hit or pinch, I could easily connect with him through a vigorous snuggle or a playful limit, and his tension dissolved much more quickly.

Lyra L'Estrange, Certified Instructor in QLD, Australia. You can connect with Lyra on Facebook