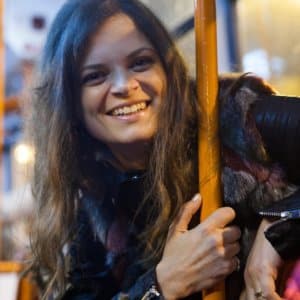 When Crying Just Needs to Stop

Most of us are taught to hush children when they cry, but parents using Hand in Hand's approach learn how valuable crying can be for a child's emotional health. When crying is supported with a parent's warm support and attention, crying can be a unique way for children to unblock fears and uncertainties, but there are times when emotional release gets too much and occasions when the crying just needs to stop, as mom of three Raluca Dobre recently found out. 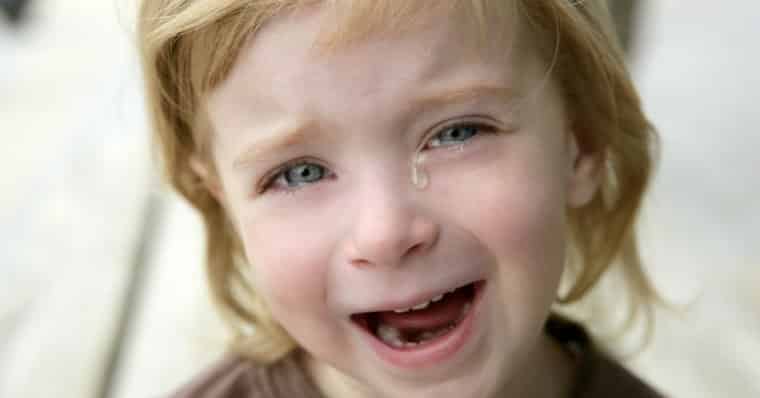 “For the last two weeks, my almost 3-year-old daughter had been off school with a cough and occasional fever.

During that time, my husband was away a lot on various business trips and my daughter was visibly more tired than usually, not only from the sickness, but because I had to wake her up early to drive my 6 and 4-year-old sons to school every morning.

Understandably, she was cranky a lot and cried for the tiniest reason.

One morning, it was 7:45 when I arrived with my three kids and parked the car in front of their school. My sons had gotten out of the car and were waiting for me to accompany them to class.

My daughter refused to get out of the car. I talked to her for a while trying to convince her to come out of the car, but she was in a rigid physical position and refused eye contact. I glanced back at my sons. It was chilly outside and cars were coming and going. I decided that my sons’ safety was my first priority and that I needed to get them away from the busy street.

Taking Hold of A Toddler Mid-Tantrum

I gently but firmly took my daughter in my arms, closed the car and walked inside the school. My daughter was screaming and fighting to get down from my arms, but I held her while focusing on saying my good-byes to my sons. I also focussed on walking slowly, because I know that I tend to lose my cool and enter a state of emergency when I move my body quickly. I felt that my kids, especially my daughter, needed me to keep calm to make constructive decisions.

After my sons went into class, I started thinking of where I could sit with my daughter to listen to her troubles. The possibilities were limited. Initially, I wanted to stay with her 2-3 more minutes in the school, but she was in rage and I felt that further lingering would do more harm than good to her. Classes were also starting. Outside it was cold, and not helpful for her sickness. I considered our car, but it's crammed with stuff and so I didn’t feel ready to staylisten to her there.

I decided to drive home.

I went to the car, sat her in her car seat and started driving, telling her in as few words as possible that I was listening to her, and that we were going home so I could listen to her some more.

At some point, she found her toy phone, threw it towards me, and immediately cried even harder for me to give her the toy back. Luckily, she missed and I was not hurt. The day before this incident, I had had a big listening time with a friend, so I had felt that I had huge amounts of emotional resources for my family. I kept calm and supportive.

I did want to avoid her throwing toys at me while I was driving, so I didn’t give her the toy back. When she cried about that, I told her that I heard she wanted the toy and that'd I would give it back to her later.

She cried hard all the way home. I told her every now and then that I was listening to her and when I stopped the car at the red lights, I turned and made eye contact with her, holding out my hand to her. When the light turned green and I turned back and started driving again. She cried even harder and I told her again that I could hear her and was listening.

Why Speaking Helps When You Are Driving

When one of my kids is releasing emotions while I am driving, I have learned to speak more than I usually do during regular staylistening. Because the kids are in their car seats and I’m in the driver’s seat, i’m not able to make much eye contact or be physically supportive, so my only way of letting them know that I care is to tell them that I’m listening to what they are “telling” me.

When we arrived home, I took her in my arms, entered the house and gently lay her on the ground because she was screaming for me to put her down.

All of a sudden, she started pulling her sweatshirt and screaming in panic for me to take it off of her.

That same instant, she started coughing hard, gasping for air and she looked like she could not breathe. I didn’t hesitate. It was clear for me that emotional release was secondary then to her safety, so I decided that my priority was to help her stop from crying so she could breathe properly.

I knew that is she needed to release something more then she would find a way to let me know later. I quickly removed her sweatshirt, took her in my arms, looked for her gave the toy phone back to her.

She quieted down and leaned her head on my shoulder. In that moment, I felt I had been helpful to her. I had remained calm throughout the entire episode, and I believed that I had made wise decisions given the limitations of the situation, that when her emotional release had become overwhelming for her frail health, I had helped her to calm down.

I felt joyful and grateful that I had had the inner balance and knowledge to be there for her.

I lay on a couch with her on my chest and pulled a blanket over us. She soon fell into a deep sleep and when she woke, she was her friendly, cooperative self again.

In the following days, she was less cranky and didn't become as upset so often. It seemed that she too had rediscovered her inner center.

Do you let your child cry? Find out why it can be helpful for them to release in Staylistening: How Does Crying Help You and Your Child?

Get Secrets to Transforming Tantrums here, and learn how to hear beyond the tears.

Our book Listen: Five Simple Tools to Meet Your Everyday Parenting Challenges gives you five listening tools and 100s of real-life anecdotes about using them.