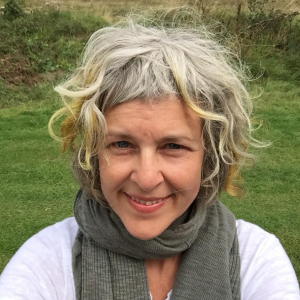 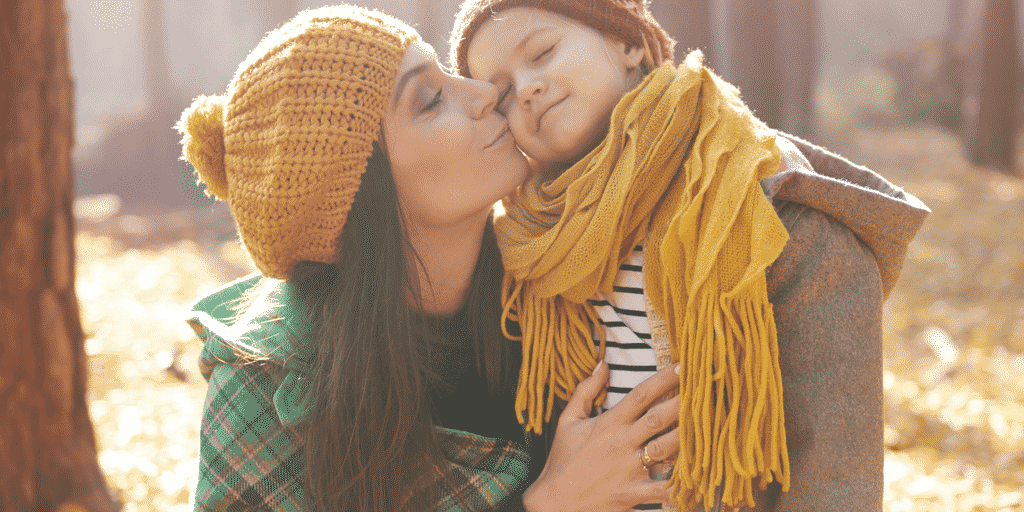 When my husband and I chose parenthood through adoption, I knew that I would be mothering a child who carried deep hurt. These days, children are generally removed due to adversity in their birth families, so trauma is inevitable. I did the reading and training in readiness for being the mum I wanted to be.

Trying to parent the effects of these early hurts is something else. And it isn’t just parents of adopted children that see aggression coming from their children. Any child that has stuffed down feelings left over from experiences that were frightening or overwhelming can react to moments of stress with aggressive behavior. And many of us find that aggressive behavior difficult to handle calmly.

I truly thought I would be able to handle aggressive outbursts (after all, I’d done the reading!) but in those first few years, it was a super struggle for me to stay calm and contained in the way that was needed. I desperately Googled for help. I desperately needed to know how to be the warm, loving, connected mum I’d read about. A mum who could meet her child in the midst of lashing out wildly, or kicking and hitting or, as it was in my daughter's case, through verbal attacks.

When thankfully I stumbled on Hand in Hand Parenting, I learned three key things that helped me trust I could be that mum. These days, I have confidence I can be there for my daughter when she leans to aggression.

Here are the three things I’ve come to understand about aggressive behaviour and how I can respond calmly.

Understanding 1: Learning Where the Aggression Came From

My daughter was only 2 when she arrived in our family, chock full of what I interpreted as grief. But it flowed out, not as tears, but as angry defiance and meltdowns. I could not understand why there were no tears. I mean, isn’t that what sadness looks like? Lots of tears? Why were there such volatile outbursts in someone so small?

I am a trained psychotherapist, but taking Hand in Hand Parenting’s Starter Class enhanced my awareness and understanding of children’s emotions. I began to see her meltdowns in a different light.

Soon I could see that she was carrying a truckload of stress and it was throwing her into survival mode. Her angry outbursts showed us the overwhelming fear that had a grip on her. I learnt that a child in the grip of feelings of fear desperately needs the confident warmth and presence of a caring adult who can support them while they offload those powerful feelings. With listening and support, a child absorbs the adult’s certainty that the storm of feelings would eventually pass, and all would be well.

I also learnt that the brain doesn’t fully develop until into the 20’s and this concept of neuroplasticity gave me hope.

Seeing my role as her primary carer was essential, and it provided me the impetus to change.

This reframing of aggressive behaviour gave me perspective. I could see that she was having a problem, not being a problem. Her aggressive behavior was her way of asking for help as best she could. I suddenly saw these outbursts as her bids for connection, rather than trying to manipulate me or negatively control me, and I learned to lean into them.

The Starter Class introduced tools that helped me to loosen her fear. We used play to ease the tension, and a one-on-one- time tool called Special Time to build our connection. I got better at bringing firm limits gently, and when she got angry because of them, I saw it not as defiance but as a release of her hurts and fears. I became better able to stay close as a safe container and listen through her outbursts until the moment where she calmed.

Then, it was like the sun would come out and my daughter would radiate cooperation, warmth, and thoughtfulness. Sometimes, I noticed that she would make a big developmental a leap, show us newfound confidence, and increase her ability to tolerate transitions, or even have a go at something new.

But staying close and listening didn’t come easily to me. Far from it! Faced with what I now call her “Uber Passionate Emotional Expressiveness” (yes, aggression) I could become a wildebeest lost to my own emotion.

I’d find myself unable to collect myself, unable to be the grown up I needed to be or the mum I wanted to be.

Understanding 2: Why I was struggling

The second big revelation was a linchpin moment of awareness, when I came to understand that in the heat of the moment my own memories of past hurts were being wrenched into the here and now.

This happens often for parents and stems from events or hard times at certain ages or stages that left us hurt. They are quiet whispers of times gone by that left a wound, likely untended, often unresolved, and that carry lingering pain. We tend to plaster over them and march on with the every day, and we are all survivors of many such hard times in childhood, though our parents did their very best. But as much as we’d like to think that these tender spots are out of sight and out of mind, somehow parenting brings them back.

Now, I like to think of them as a window of opportunity. They can invite healing and growth if we are willing.

The idea that I was reacting to a buried memory shone a light on why my reactions to my daughter’s aggressive outbursts felt illogical, over the top and out of my control.

I wanted to respond to her with love, with warmth and connection, yet I felt frozen when I was faced with that aggressive energy, and no matter how much I wanted to, just couldn’t shake free.

I could see that what I was learning about my child’s emotions was also true for me. I was experiencing what is known as an “amygdala hijack.” Overwhelmed by stress, my emotional mid-brain was signaling, “Emergency” Rather than engage in good thinking, I would flip my lid, as Dan Siegel says, and drop into the primitive lower brain where every action is about survival.

As I fought, it didn’t look pretty. I’d scare myself as well as my daughter, which only escalated the situation.

Maybe you’re wondering what this looked like? It could be as simple as my daughter tossing her bowl of food in frustration. I’d suddenly become “monster mum,” lifting her out of her chair to face the music. At other times, I thought I was holding it together tremendously during a major meltdown as she dragged heavy things out of the room, or threatened to throw things that might break. But as she lashed out she and made physical contact with me I’d snap! This could be considered a fair enough reaction, you may say, but I didn’t want to be this mum!

I’d always sensed I could do this differently, and it turns out I can.

I can meet aggressive energy with love and understanding.

The way to this place has been through Listening Partnerships. 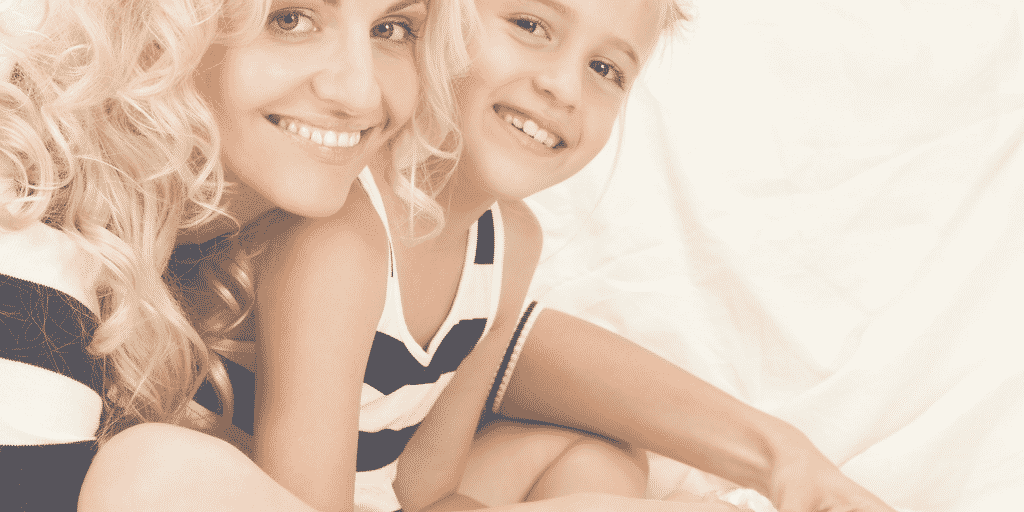 Understanding 3: Realising the Power Of Having My Own Person to Listen

To begin a Listening Partnership, you and another parent simply agree to experiment with supporting one another by listening to each other for equal amounts of time. You don’t need to know the other parent well to get started. Simply choose someone you think would be a good listener, and invite them to give it a go with you.

One person speaks for a set amount of time and the other listens, giving warm attention and acceptance to all that is said, and holding an attitude of confidence that their partner will figure things out. And then you swap. Both partners keep what was said between them confidential. No advice is given, and no follow-up questions are asked.

I found being heard like this to be incredibly empowering.

The relief a Listening Partner provides is palpable. When my Listening Partner didn’t judge me for having a day when I wanted to quit as a mum, it was a gift that helped me shed the feelings of shame and guilt about not being the parent I had imagined I would be. In my eyes, I was way off the mark in my parenting, but with my partner’s warmth and caring, I came to have compassion for myself, to recognise I was doing my best.

I remember one time when I was tackling my reactiveness to the verbal assaults my daughter forcefully and aggressively lobbed in my direction. I recalled how I had a strong sense of wanting to cover her mouth hard, to block the sound and to tell her to shut up.

I was sharing this and feeling it as though I were back in the room with my daughter when suddenly I was struck by fear. What was I afraid of? Sure, there was the fear of her growing up into some uncaring, nasty person, but that wasn’t it.

“What was I afraid of?” I asked myself again, while my partner listened.

Then it came to me – it felt like I was either covering or having my mouth covered and I could hear a warning, “Stop making so much noise, it’s dangerous!”

There it was, the hurt at the core of my reactive behavior! A flashback.

Growing up in our house, it wasn't a good idea to make too much noise or get too exuberant. Behaviors like that were met with threats and most often getting sent away from the family. That exclusion felt to me like rejection and the overwhelming sense of abandonment struck terror into my heart.

In my Listening Partnership I faced the fear and let the feelings roll out. I was tested that very evening as my daughter launched more verbal aggression at me. But instead of rising to the bait, I found my centre, and I found I could playfully bat the verbal threats away – much to her giggles and delight.

Peace was restored, and my child moved through the evening without any further combat.

When I give time to a Listening Partnership, when I reflect on what triggers me, find the hurts at the root of things, and offload the stress, my ability to sit with big aggressive feelings and outbursts expands.

A New Beginning: Free from the Grip of Aggression 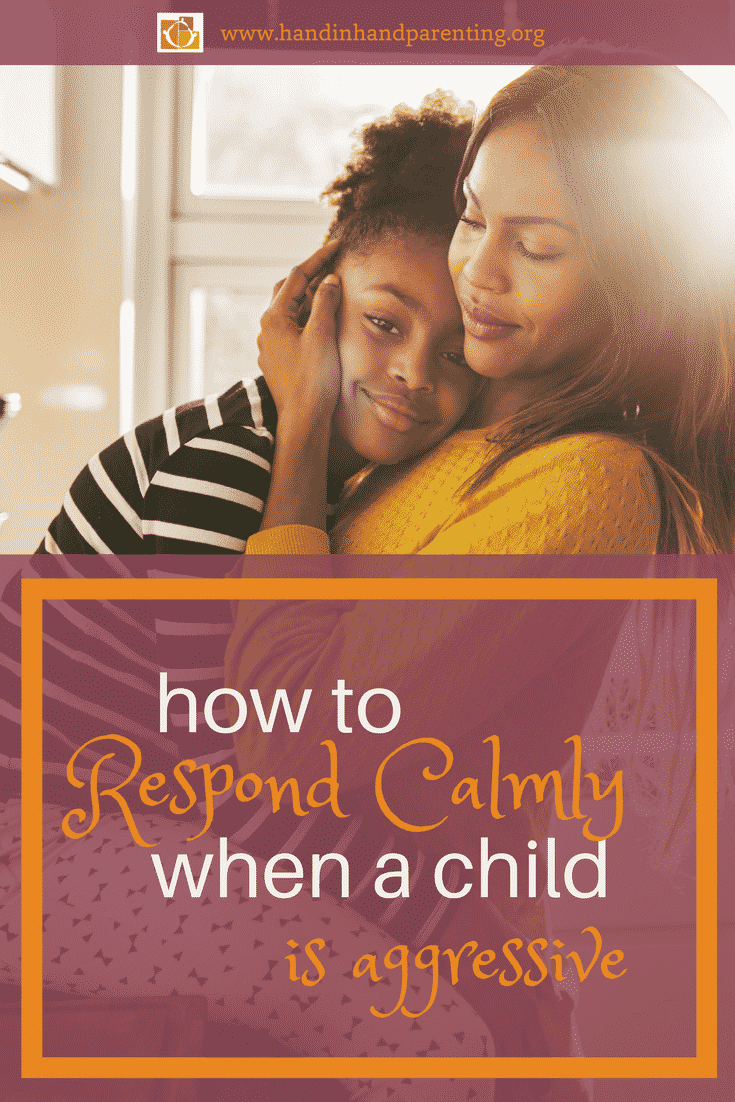 I no longer fear the fear that gets triggered by my daughter's aggression. Six years on from joining our family, the physical aggression is minimal and sporadic. The words are less hurtful and I recognise our kids have got to have an outlet for the pent-up energy fear brings on.

I still lose it on occasion and I expect to do so as I enter new ages and stages of my daughter’s development – I’m human after all.

But now I have the understanding and a way to help myself so I respond to my daughter and the needs she hides behind aggression, rather than to my inner hurt child.

More resources for responding to a child with aggressive behavior

Get a chapter of our book: Special Time builds closeness and safety for an aggressive child. Learn more about how it works and how you can run it in this chapter on Special Time from our book

Our self-guided course helps you understand what drives your child's difficult behaviors, and shares practical tools and support. Learn more about the class Helping Your Child with Aggression.