I was feeling tight and cranky in my parenting. I knew I needed to think about setting limits on screen time, and my impulse was to grab the iPad out of my son's hands and stomp on it. I was not thinking well!! 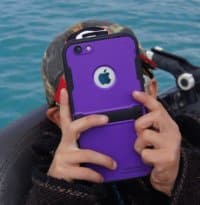 Tuesday was the last time someone had listened to me with warmth and undivided attention, without interruption or advice.  Now it was Friday, and I was feeling tight and cranky in my parenting.  I knew it was time to start thinking about setting limits on screen time for my son, and my impulse was to grab the iPad out of his hands and stomp on it.  I was not thinking well!!

I sent out an email to a half-dozen other Parenting by Connection Moms, and the Parent Rescue Squad showed up.  One Mom was available that very afternoon, so we exchanged listening time while my son was at the skate park.  Being a single parent, I have to grab listening whenever I can get it, so while he was happily occupied, I went to the car for some privacy.  I ranted and raved about how powerless I feel in the face of the force of technology in my son's life, and how tough it is for me setting limits on screen time.

That night, I was able to set a limit, and calmly put the iPad away.  He got to have a huge tantrum and cry and cry and cry about how hard and unfair his life is.  He also upended several of his toy bins, so I knew I would need more listening time about how difficult it was to listen to him while he made a mess of his room.

Fortunately, another Mom had time the next afternoon.  I took advantage of her good attention when I had a break at work.  I cried hard about how my Dad threw things when he was angry, so that when my son needs to throw something, it drags up powerful feelings from my past.  The night before my son had done some good hard work releasing his disappointments.  I wanted to be able to focus on that – not the messy room.  I also wanted to be able to celebrate that he used the toy bins, not my body, as he fought through his feelings.  He was able to keep me safe.  Offloading old fears about my Dad allowed me to do that.

Several other Moms emailed me back that they were not available, but were sending me good thoughts.  Even that warm attention buoyed me up.

The next day my son and I had a lovely time putting his room back together.  I was thrilled that there was no shame as we put the toys back in the bins.  I even got to clean out some of the dust bunnies hiding under the bed.

Because my son was able to release his feelings and tightness around me setting limits on screen time, and life in general, he was happy and cooperative for the next several days.  He didn't even ask for his iPad.  I was able to set a limit and give him the warmth and attention to facilitate that release because of the wonderful Moms who were willing to listen to me offload.  I am so grateful for my Parent Rescue Squad!