Sarah would brace herself for the onslaught of hitting, punching, and threats that usually followed her five-year-old son's glare. "He had a lot of fear and anger," says the mom of two. He'd head butt and yell. Here's what helped. 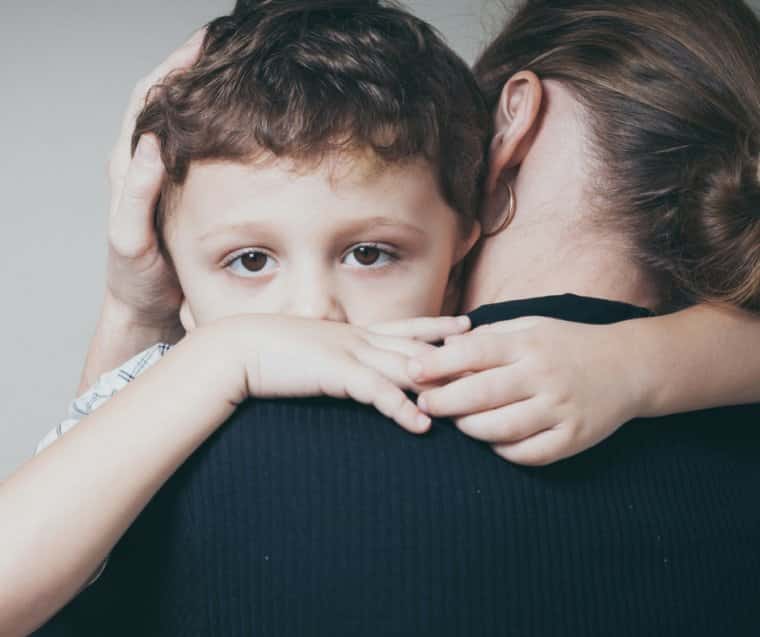 Sarah Richards would brace herself for the onslaught of hitting, punching, and threats that usually followed her five-year-old son's glare.

Her usually creative boy had stopped playing Lego or doing any kind of drawing and had become intense and aggressive since being bullied at school. His behavior was having a devastating effect on their family life.

The relationship between him and her two-year-old daughter was in decline and Sarah was straining to handle it all.

“He had a lot of fear and anger,” says the mom of two. He'd head butt and yell. Meanwhile, her daughter was not settling at bedtime and would wake frequently at night.

She enrolled in the course for parents that it mentioned, a Starter Class with Hand in Hand Parenting, and learned five tools that would come to transform her parenting.

One of the first she picked up was Special Time, a daily one-on-one time, with each of her children, where kids are encouraged to take the lead in play while the parent puts aside all distractions and enthusiastically joins in.

This confidence-boosting tool relieved some of her daughter's anxiety around sleep, and she was further helped by introducing lots of additional time each day for laughter and play.

Laughter is a known-stress reliever and can be instrumental in helping children reconnect with the adults who love them through fun, physical contact, and play. The family introduced 30 minutes of ‘family fun' every evening and Sarah says they continued giggling all through story time.

With these tools positively brightening their relationships, Sarah felt able to confront her son's aggression.

She learned that it stemmed from the fear he had carried since being bullied, and she was able to help him work through it using a powerful listening tool called Staylistening, that actually supported her son during stormy upsets and tears.

She realized early on just how much he needed these times. It was obvious in his mood and ability to cooperate with her requests.

The tool encourages parents and caregivers to be compassionate with a child's upsets, staying close to a child even if they say very little.

“Often he acted out his fear and confusion and sometimes even the exact situation,” she says. He also expressed hurt that his parents had not been able to protect him.

His outbursts could last hours, as his grief poured out. “He needed Staylistening daily. But what a difference it made!”

Even as he delved deep into his grief, Sarah could feel the change. After each big outburst, their connection felt closer.

Trust began to be restored and both children began getting along better. 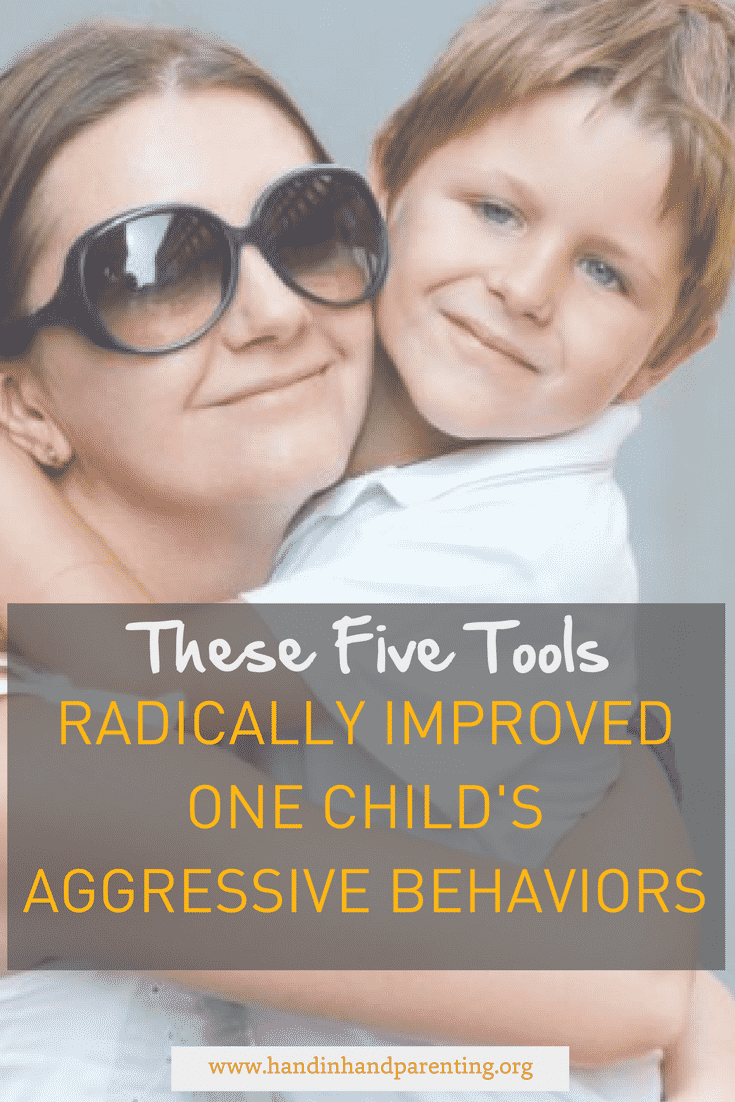 But the work with both her children was emotionally draining, and Sarah began making use of one other tool to cope: Listening Partnerships. The tool works as an outlet for parents to work through their own triggers and feelings about childhood and parenting. The tool itself is incredibly simple to apply.

Two parents agree to exchange time for a set amount of time. While one is speaking, the other listens supportively but says very little. There is freedom to talk through and explore issues that are currently troubling and chase exactly why. If a parent breaks down during their time, the listener offers simple, caring words instead of advice.

The idea is that with time to think, to explore, to express emotions and feel heard, a parent will come up with solutions that work specifically for them. They go back to their daily challenges refreshed and able to deal with them more flexibly.

Listening time has given Sarah real healing. “I've built very trusting relationships so we've gone deep. Trembling, crying, screaming, fighting, and yawning have led me to some big emotional releases nearly every time over the last 18 months,” she says.

The tools have helped her to work in play, fun, respectful boundaries, and “oodles of love,” says Sarah.

And now, her family feels reunified. 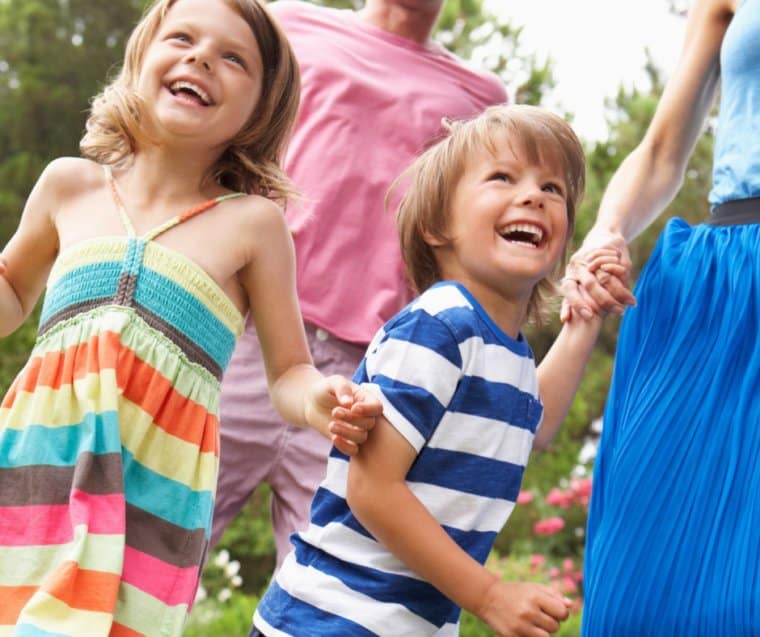 Her son's outbursts are rare. He is happily dipping into his Lego blocks, drawing again, and more content. He is confident, and happier in himself.

“The fury disappeared,” says Sarah, and “his relationship with his sister is amazing.”

Sarah took Hand in Hand's class because, she says, she wanted more for her kids. She got that – plus lots more for herself. “I had no idea that Hand in Hand would give me the opportunity to leave behind the fear, insecurity, and pain that I had carried with me my whole life,” Sarah explains.

“I've never felt more liberated and free to love and adventure hand in hand with my family. It's given us the opportunity to go after our dreams and live in a way that's true to us as a family, while having respect, and compassion for others in whatever circumstances they may be in.”

“Hand in Hand has radically transformed my life.”

Get a guide to these using these five revolutionary tools.

Do you work with families? Find out how Hand in Hand's Professionals Intensives can help you create a trauma-sensitive program for children and their care teams.

Learn more about the Hand in Hand Parenting Professionals Intensives

Who are Hand in Hand Parenting?

Hand in Hand is a non-profit organization with 29-years experience bringing five connecting listening tools to parents, teachers, therapists, and other caregivers. We offer scholarships and funding to groups and individuals that would benefit from the tools but who are not otherwise financially able to do so. Check our course calendar today, and learn more about how you can donate here.