Parenting As A Team Part Three: When to Invest, When to Deflect 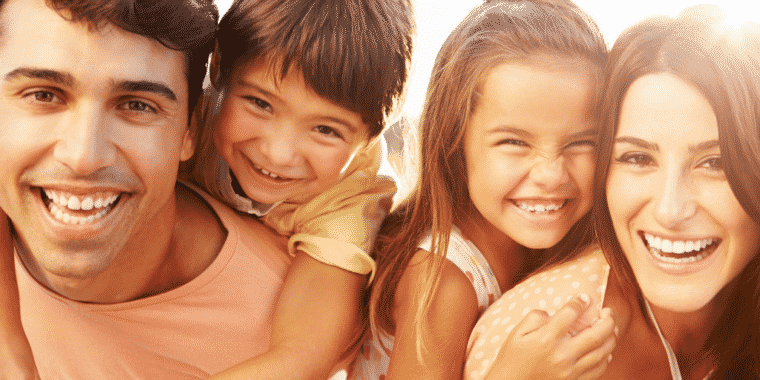 Yesterday Megha and Anca introduced Step Two: Using Humor to Diffuse Tension. Today they look at when to explain your parenting approach in a bid to get your values supported, and when to work around them.

Parenting As A Team Step Three: Invest or Deflect

When it comes to parenting, there will be times when you will be sure, despite others’ disagreement and lack of support, that your method is right for your child.

When it is clear that there is a disagreement but you continue to remain firm in your belief, you have two choices: Invest or Deflect

Before making the choice, it's important to feel calm, collected and confident in your parenting values.

What is Invest or Deflect and How Do I Choose?

If you want to explain your perspective, invest in getting to a common value through an honest conversation. First you will need to hand over the control you feel in the challenge you face. It can be hard, but assigning responsibility is key, and you may need to work through the issue with a listening partner first.

Megha was set on investing in approach to bed time with her husband:

“My husband was responsible of putting the girls to bed every night, and it was a welcome relief for me after a full day of parenting.

But after a while he began coming home late and putting the girls to bed later and later. He wanted to catch up with them, play and make up for his time apart, but inside I was fuming! They needed to sleep so they could wake and get ready easily in the morning.

After the last showdown with my husband I took the issue to my Listening Partner. I asked how I could set the limit of putting the kids to bed on time with my own husband?

After a lot of venting, I decided to close the loop of responsibility. I would assign responsibility to him. I decided that if he wanted freedom with the night then he would also need to deal with the morning.

I calmly discussed the idea with him, and he was happy to try it out. Within a week I could see his good thinking playing out. He realized what happened to the girls when they slept late without me having to tell him, and him seeing it for himself  clearly had a better impact.

I didn’t realize until then how much I was protecting him from the fallout of his parenting decisions, and it was not helping any of us.”

It is natural to feel the urge to just do everything on your own rather than to give your co-parent a chance to do things their way and risk it going wrong with your child. If you’re worried that you’ll have to step in and deal with your child’s upsets what’s the point of letting others try?

By assigning responsibility you give space to your parenting partner to create a method that works better for you all. All you need to do is provide support and encouragement for your partner as he creates this new reality. 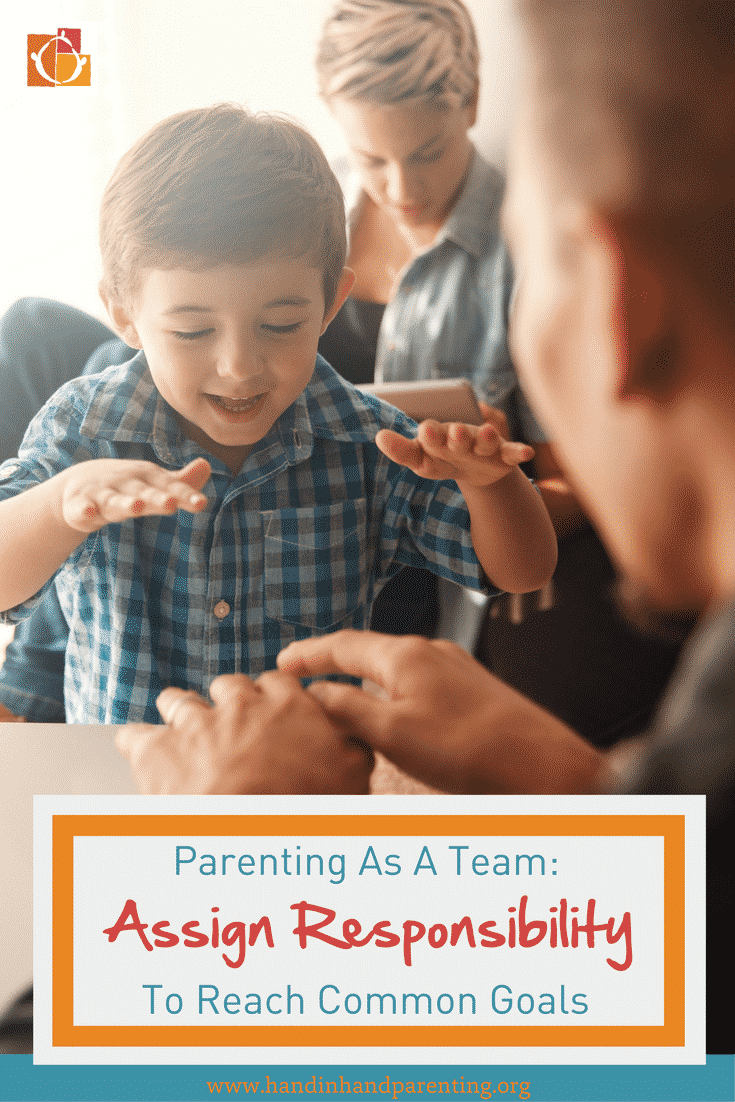 When You Cannot Invest, Deflect

It's imperative to pick and choose which values and methods are important to you and which ones you can let go of. When you deflect, you make an agreement not to have the conversation, or not to enter into the conflict.

Deflecting doesn't mean that you simply ignore or put up with circumstances you don't favor, instead, you work on the feelings you have around the subject in order to move on.

Megha deflected and helped her daughter do the same recently when their friends went on vacation without them:

“My 9-year-old daughter was very upset. All her friends were going with their families on a holiday together for spring break and we were not invited. I didn’t expect an invitation because the families had known each other since nursery and routinely made social plans with each other, but this was the first time that the whole group was going away.

She felt rejected and questioned why she was not included.

I had no control over the decision, the families had their own reasons for their holiday and didn’t feel it was my place to influence it. A part of me wanted to call them and insist they invite us along, and another part of me wanted to let them know how their plan had affected my child's feelings.

I chose none of those routes.

By the time Spring Break passed she was able to go to school unaffected without any of us appearing to have done anything.

What If I'm Not There?

Another common example of when you have to choose to invest or deflect is related to school.

Sometimes your child will mention particular challenges and it might be possible to invest. You might meet the teacher to work on a plan, or even introduce some of the ideas of your parenting approach. Other times that won't be possible. You might even have no information on what happens in the day to cause off-track behavior or an outburst.

When Anca's son came home from school recently, she had no idea about what had happened, all she could see was that he was clearly upset. Rather than try to get to the source of the upset, she deflected, and focused on rebuilding connection:

“When I picked up my son from school it was clear to me that he was not his usual affectionate, talkative and playful self. Instead, he was silent, seemed tense and rejected all of my bids for connection. Once we got home, he rushed into his room, closed his door and clearly announced that he wanted to be left by himself.

“No one is allowed to come in!,” he stated, sounding very angry.

I didn’t want to cross boundaries, but I was able to recognise at the same time, that my child, who was clearly struggling, didn’t know how to communicate. I knew that he was having a hard time finding a way to reach out to me. So I decided to gently reach out to him.

“I’ll be nearby,” I announced in a light voice, “I’ll be just behind your door.”

He didn’t answer so I figured I shouldn’t say much either. I found a piece of paper and a pencil and I drew a heart with a message inside it: 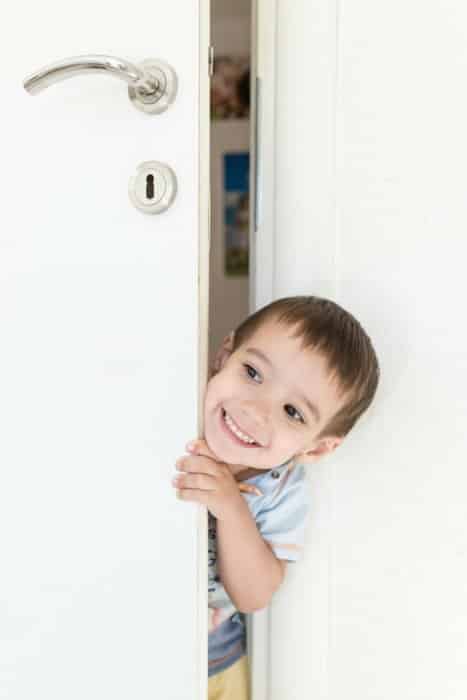 I slipped the letter under his door and waited. He angrily opened the door, made a ball out my note and threw it at me. I fell dramatically on the floor, making silly noises, and he hurriedly closed his door.

But I wasn’t put off. I found another piece of paper, drew another heart, and wrote a message again.

“I love you no matter what.”

The scenario repeated itself: I slipped the letter under the door, waited for the paper ball ‘attack’ and fell, with plenty of comedy drama, on the floor.

And just one thing changed: A smile appeared on my son’s face. That felt encouraging. So I tried one more time. I got my paper, drew a heart, and wrote a message:

The door opened and, as my son threw a newly scrunched paper ball at me, I said quickly:

“Hey! My letters want to go back to your room!”

I threw two other paper balls back into his room. The mood changed and the game changed. Now we were paper ball play fighting. He tried to get the balls out of his room, while I attempted to get them inside. I often missed my target, much to his obvious delight, and smiles and giggles started to fly high along with our handmade paper balls.

Our game worked like magic, transforming anger and disconnection into laughter and connection.”

When Anca realised that she couldn't invest with her son's teacher, she deflected, using laughter and play to reopen lines of communication and connection.

These steps and tools not only help you develop your confidence as a parent, they can also help ease conflict and bring your approach to others without tension or fear.

Ultimately, it pays to remember that our spouses, family members and community want to help us parent in the best possible way, they just may need our help in letting them know the way we prefer.

If you missed the earlier steps in this three-part series read Step One: Parenting as a Team and Step Two: Using Humor to Diffuse Tension

Watch this video and discover a 10-minute tool to help you create connection with your child.

Anca Aurora Deaconu is a certified Hand in Hand Parenting instructor. She is from Romania and is now based in Germany. This post appeared originally on her blog. You also can connect with Anca on Facebook.

Megha is trained as a certified Hand in Hand Instructor and social worker in child rights based in Mumbai, India. Contact Megha on Facebook or email her at talks@triyoke.org