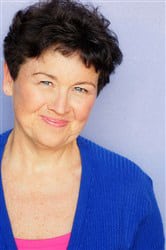 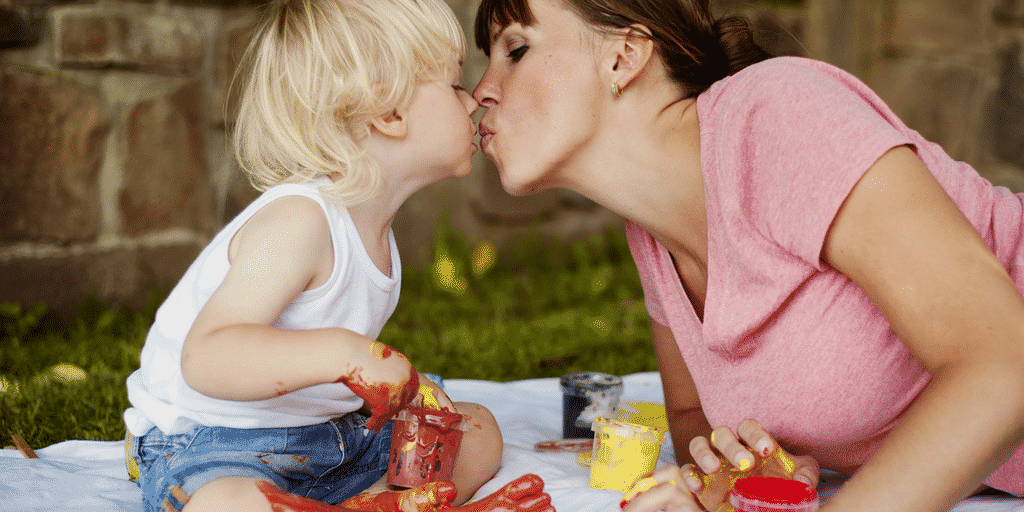 We've all had those mornings. The one that begins like nothing will ever be right again:

“I do not want to get dressed. I want breakfast.”

“I wanted toast cut in triangles, not squares.”

Behavior like this can be the ultimate test for parents trying to remain calm. And though we want to resist it can be hard not to resort to issuing bribes and time-outs or yelling to get things done.

But Kathy Gordon, a certified instructor with Hand in Hand Parenting, says it can be a whole lot easier to respond empathetically to this kind of un-cooperative behavior when parents can understand the motives behind it.

Hand in Hand is an attachment-based, trauma-informed approach to parenting that teaches parents to lovingly set limits and deepen their connection with their children, Kathy told radio show host Laura McMullin, PhD, on a recent episode of the Upward Parenting podcast for conscious parents. “It's based in brain science and brain science tells us that human beings are most likely to cooperate when they feel safe and connected.

“The Hand in Hand perspective is that if a child is not cooperating then there is something that is preventing that child from feeling connected.” The parenting non-profit, founded by Patty Wipfler, offers parents five connection tools that help to restore connection, which in turns fosters cooperation.

“Throughout the day, little dings, disappointments and disconnections tend to clog up our thinking and clog up our ability to connect with each other. This creates an inability to cooperate,” says Kathy.

How To Tell When a Child is Disconnected

What might disconnection look like? Whining, attention-grabbing, teasing or taunting siblings, an unwillingness to fulfill simple requests and aggressive behaviors, from kicking and hitting to biting can all show parents that a child has gone off-track.

If you think about it, kids aren't the only ones that act up when they are feeling insecure.

“Adults are the same way,” Kathy says. “If we are in a job where we don't feel safe and we don't feel connected, we're reluctant to do what someone is asking us to do.”

So your daughter complaining about the way her toast has been cut, or your son demanding that he wants oatmeal not cereal in the morning isn't necessarily about them actually wanting those things. It's much more a signal for help.

“This complaining is their way of signaling you,” Kathy says. “There's some kind of tension that's stuck in the emotional processing part of their brain.”

It's like a child is saying, “I'm feeling disconnected, I need some help.” 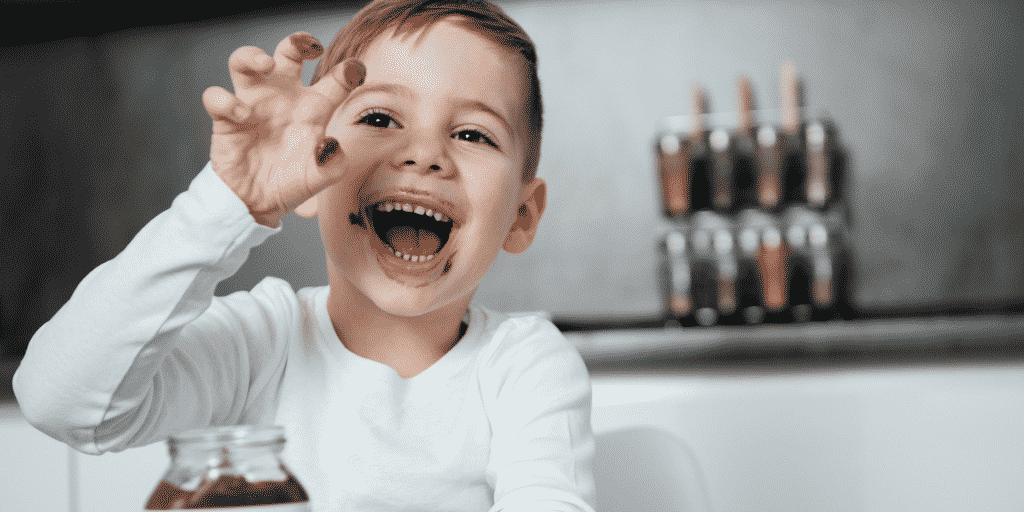 How To Stay Calm When The Kids Are Going Crazy

Hand in Hand offers several tools to respond. Playlistening encourages playful responses that help ease the tension, diffuse a power struggle or even pre-empt a bit of aggression.

Your son might stomp his feet and tell you he won't brush his teeth.

Parents using Hand in Hand tools might take the brush and make it talk to the child, or they may say they'll help brush their teeth and then begin by playfully attempting to brush the child's ears. The laughter that follows brings connection. The child will giggle, and often will “show,” his parent how to brush his teeth correctly.

Even aggression can be responded to playfully. When a child roars and goes to scratch, a parent might gently take the child's hand, and then pick him up and playfully swing him around, saying, “Is there a little lion in this house? This lion looks angry. I have 100 kisses for him.”

If this looks like rewarding bad behavior, it isn't. 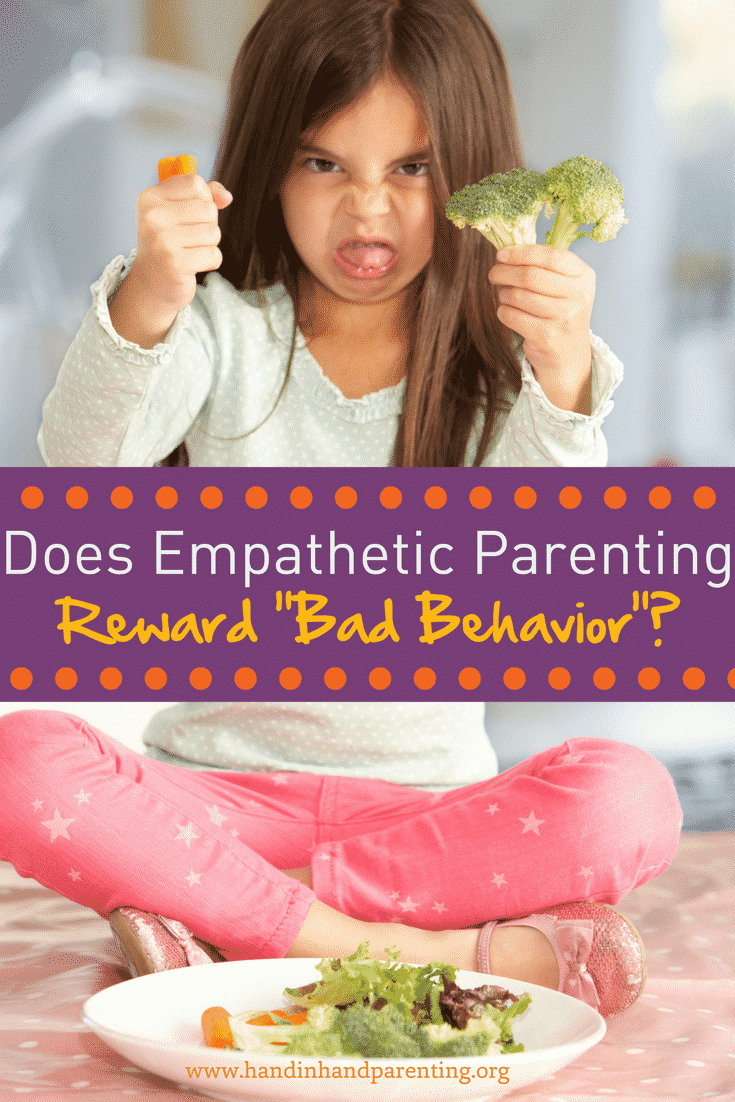 “We don't see it as bad behavior, we see it as a little chunk of fear that's causing a child to lash out,” Kathy says. By coming in and stopping the behavior and providing connection you address the fear that is the underlying cause of the behavior.”

In fact, setting limits is seen as both vital and necessary in the approach and the tantrums, tears and meltdowns that often follow are just as important.

“You might see your child have meltdowns that may seem completely unreasonable for you,” says Kathy, but this is the body's way of removing fear out, she explains. Crying helps shift stuck feelings and restores a child back to his calm, caring and cooperative self.

A child that is allowed to cry, without being shushed, or distracted into another activity or getting overwhelmed by his parents panicked responses, are often the ones who are able to take a big breath, dust themselves down and go back to their play.

A child who is shushed, or halted somehow during a cry, has to tamp down the feelings about whatever scared him, but those feelings don't simply disappear.

The fears play out in what parents see as unreasonable behavior.

These fears can be completely unconscious. A child might be outwardly pleased about the arrival of a new baby, for instance, but inside full of turmoil over the change a new baby brings and his place in the family.

In our example, with a child whining about his breakfast choices, it could be he woke up and felt separation anxiety, or is worried about being dropped at daycare soon.

Most often parents won't be aware of these feelings.

But, for humans, the natural healing process is to get those feelings up and out, using the warm presence of our person. So children will look for a way to connect in order to empty their emotional backpack. In other words, they signal, through the complaining, whining or refusal, that they need a good “emotional poop.”

“We call that a pretext,” says Kathy. “The way the emotional processing part of our brain works is that when we don't want that stuff in there we look for an excuse to offload it.”

Our child’s signal that they need help, is often our cue to bring a limit to stop the off-track behavior, but allow for the feelings that are bubbling just beneath the surface.  We can bring a limit in the form of a nice warm no without any explanation, reasoning or teaching. Five words or less is good. “No sweetie, I'm not going to make you a new piece of toast” is fine, says Kathy. “Then we LISTEN, understanding that the feelings and upset that ensue are part of that natural human healing process.”

Get more ideas on setting limits in five words or less.

The pattern is: Notice the signal, move in close, bring a limit and listen to the feelings.

“The Hand in Hand approach helps parents understand what is driving the whining, refusals and aggression, so that we don’t take that behavior so personally. Instead we can see it as a disconnection, tension and cry for help,” Kathy says.

“Then we can pull out one of our Hand in Hand Listening Tools. We connect, listen and on the other side of that tantrum, we get our sweet cooperative kiddo back.”

You can listen to Kathy talk to Laura about Listening Partnerships, and the kind of emotional support parents need to be able to parent with connection here.

Kathy Gordon is a Certified Parenting by Connection instructor in Los Angeles. She is also the wonderful moderator of the Hand in Hand Parent Club parent support group. You can read more about her here.