My impression was that Joey was in need of having a huge cry to release his pent up feelings, but he couldn't get to tears very easily since her was conditioned to repress them at home. 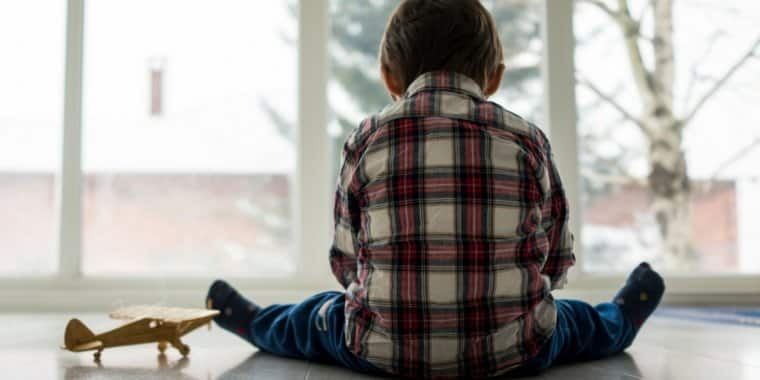 I had a student who exhibited lots of aggressive behavior towards his classmates in the form of hugging too hard, bumping into them on purpose, speaking loudly up close to their faces and excluding kids from his games.  The other children felt intimidated by this boy and some commented that he was “mean.” I'll call him Joey.

Joey's mom had a hard time listening to his feelings at home. My impression was that Joey was in need of having a huge cry to release his pent up feelings, but he couldn't get to tears very easily since he was required to repress them at home.

One morning at school, Joey pushed another child.  I didn't manage to get there in time to prevent the push, but I did decide that today was the day to set a limit and get more physical with it.  I gently came over and wrapped my arms around Joey and said, “Joey, I can't let you hurt other children.”  I pulled him into my lap with a firm hug and kept him there.

At first, he laughed and thought I was going to let him go. I held on, gently but firmly.  He tried to get up but I held him in my lap. I was working at helping him get to tears. When he realized I was not going to let him go, he began to struggle and sweat and yell.

I reassured him that I would let him go soon, but for now, I really wanted to keep him close. I told him he was safe, and that I loved him and I couldn't let him hurt others.  Within only a few minutes, he began to cry in a way he usually didn't.  He continued to struggle and sweat and cry for about five minutes.  At this point, I told him I was going to let him get up and that he was safe and I was his friend.  After moving away from me, he said all kinds of angry things like he would never be my friend and I would not be able to come to his house to play.  I stayed close but did not touch him or restrain him. I just watched and kept good eye contact and lots of warmth in my voice.

After a minute or two, he turned to the children who were playing nearby and said, “Can I play?  I can help you build that tower if you like.”  There was warmth and lightness in his voice and demeanor that had never been there before. The kids agreed and the rest of the day went so well for Joey and the others. He was more relaxed, more cooperative and more gentle than he had ever been.

– A Teacher in California

Discover Hand in Hand's five connection tools in Listen Launch Series: The Five Tools, What They Are and How They Work