We started setting limits with cartoons about two years ago. My son would ask for just one more cartoon, and I would stand my ground and simply tell him, “Not now,” or, "You can watch some more tomorrow—but not now.”

We started setting limits with cartoons about two years ago. My son would ask for just one more cartoon, and I would stand my ground and simply tell him, “Not now,” or, “You can watch some more tomorrow—but not now.”

When we first started this, he would show his upset in really loud ways: he would 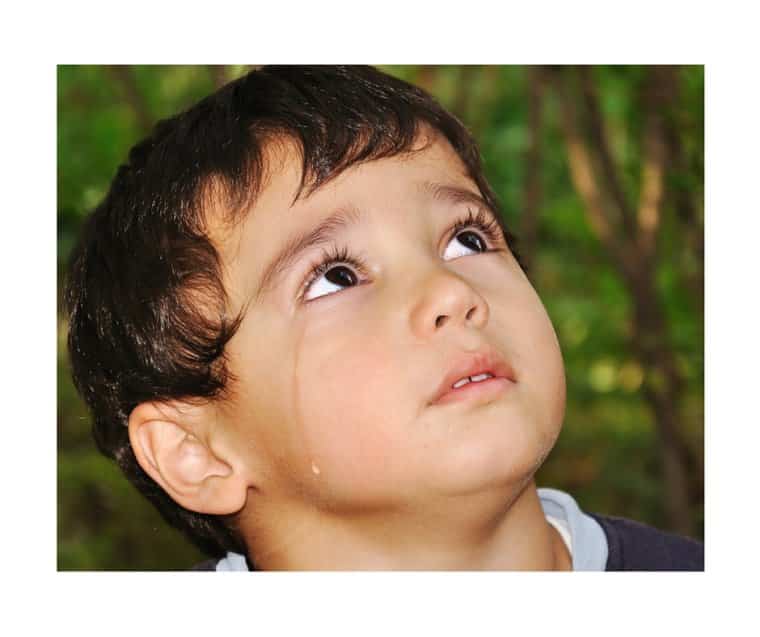 scream, cry, and tantrum for what seemed to be rather long periods of time.

I would move in close and really listen to him.

“I know it is hard for you,” I’d whisper every now and then. “But I will not leave you alone with all these feelings. I’m right here. You can look at me if you want.”

And he would cry even harder, releasing all his tension, frustration, and hurt.

Then, things changed. My son started switching off the TV by himself as screen time ran out and I thought that cartoons were no longer an issue.

Until one day, in a very polite tone, he told me this:

“Excuse me, mommy, but you are EXACTLY like Mr. Popescu!”

And who’s Mr. Popescu, sweetheart? – I tried a clarification.

“You know him! That Romanian guy, who lived a long time ago, when you were young.” (Thank you very much, buddy! )

“That guy who never let anybody watch TV!”

Ahh! And then I finally got it! He meant “Nicolae Ceausescu,” the former communist dictator. And it is true that we barely had any TV during his regime.

I felt like laughing, as his reply was rather funny and clever. But I couldn’t help noticing the frustration that was present in his tone, too. I am—more or less—running the show for him. I get to make lots and lots of decisions that impact him directly.

Hmm… so I wondered about approaching my so-called “dictatorship” with a sense of humor. I thought we could try to have a bit of a fun about it for a while.

“You know what, son?” I told him with a smile. “I actually am a dictator! You can call me Mr. Dictator if you want! And guess what?” I joked. “Today I would like everybody to stop walking normally and jump up and down instead! Start now!”

He totally got the joke! And then, lots of laughter and giggles followed, as we established this new game.

Now, after finishing his TV time, my son looks playfully at me…waiting for the signal to play. I respond by inventing silly requests that we both have fun putting into practice.

I overheard him speaking with my mother the other day.

“You know, grandma…mommy doesn’t allow me to watch more than two cartoons at a time,” he said.

“Oh… that must be hard, honey,” she answered. “And why do you think that she does that?”

“What do you mean why?” he laughed. “Because she loves me—and she loves my eyes, too!”

Yep, that is right!  That is exactly why!

Try the tools Yourself!

Our Setting Limits & Building Cooperation class helps you set limits your children will listening to, without the need for yelling, bribes of threats. 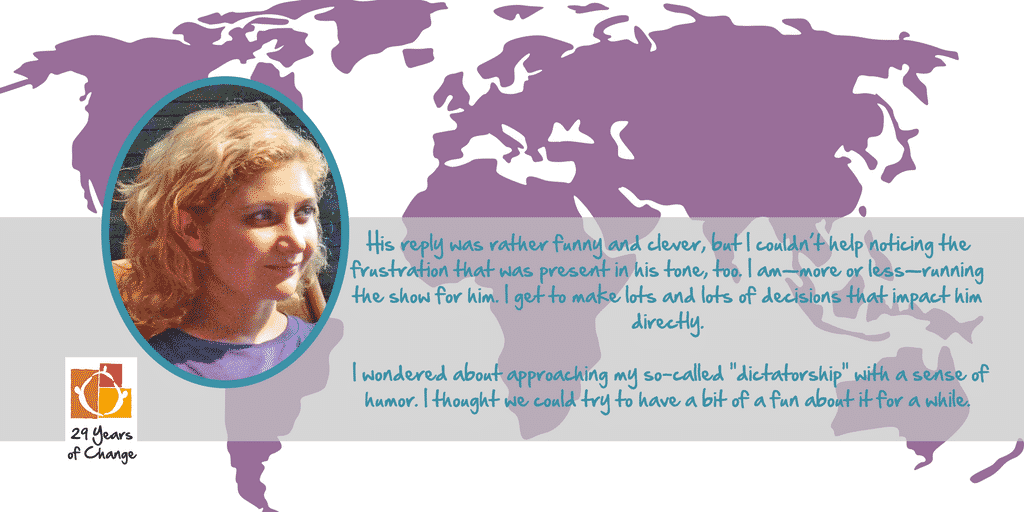