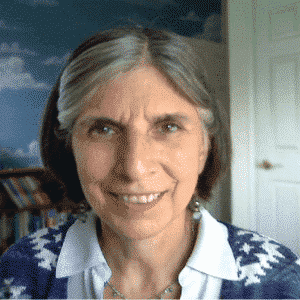 One thing Shelley Macy likes to avoid is being called as an expert, despite the fact she has worked for decades training teachers. 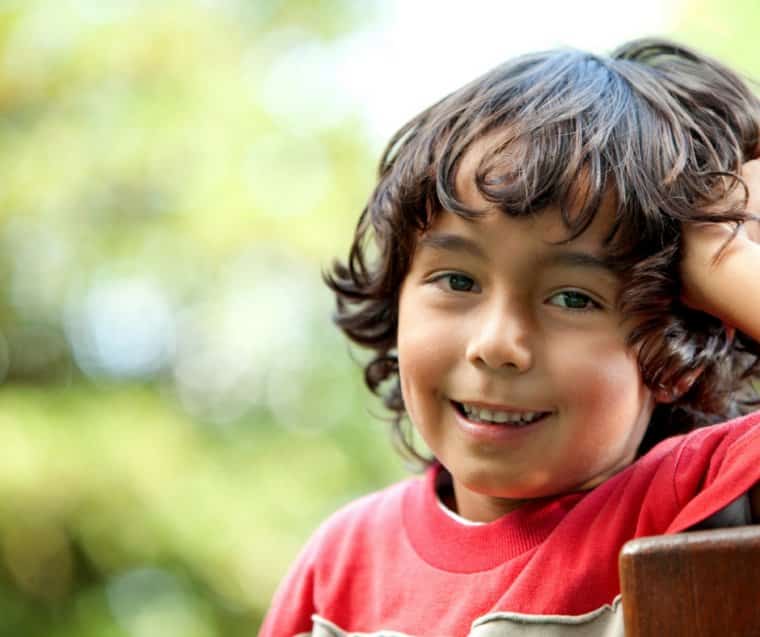 Shelley is an early childhood educator working with tribal early learning programs in Washington State and Idaho. She has native heritage but was raised in the white community. “That brings a white perspective, and white patterns of behavior,” she says. “One of the ways that comes a cross is that “I'm the expert.”

She wanted to get away from the notion that a white person comes onto reservation land and dictates what should happen.

That's why, when she is sharing Hand in Hand tools with parents and caregivers, she uses envisioning processes that help guide them towards their own goals and visions.

“I wanted to emphasise that these are tools you can use so that you could be the type of parent you want to be within your community, in your culture, within your family's values,” she says. 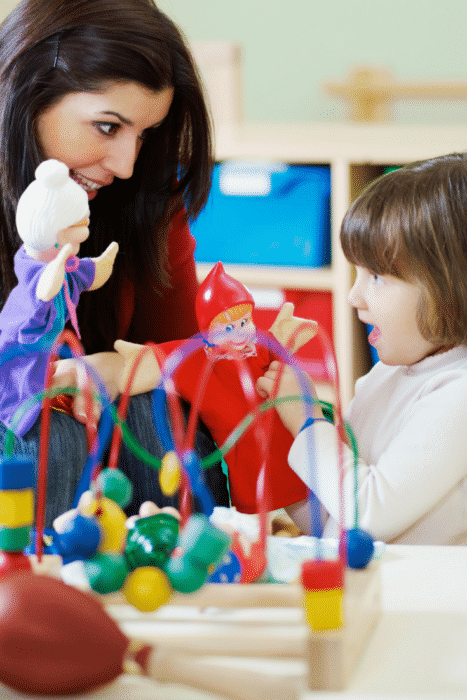 During the process she asks what's known or understood from elders about parenting and children's early learning in pre-contact times. Next they discuss how that changed for children and families when Europeans arrived, ask what's challenges there are currently, and finally – crucially – what vision exists for children and children's learning going forward.

“One thing that was always lovely was that the vision for the future often referred to the values of pre-contact times to be applied in contemporary times,” she says.

Hand in Hand's listening and connection tools serve this ideal remarkably – that children are cherished and at the centre of the community.

“Tribal children will always be known by many people in their preschool or in the community besides their moms and dads,” Shelley says. “They can be playing with cousins that they've known since birth and that they will know their whole life. That creates a sense of community that's just a given.”

The Hand in Hand tools fill a gap in emotional learning and handling that is not present in the textbooks and curriculums Shelley uses in class.

“I love Early Childhood Education. There's so much that's good about how children learn, how they grow and absorb knowledge as a whole, rather than in course subjects,” she says. “The big exception is when children have struggles with behavior and emotions.”

And, as anyone that has raised children knows, tantrums come with the territory.

“Tantrums are so often put in the same category as hitting and biting,” says Shelley. “Not so, they are healing,” she says. 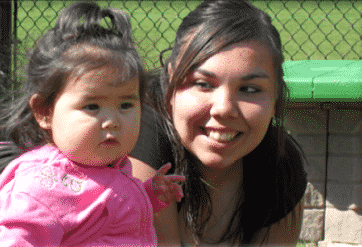 “Hand in Hand does such a beautiful job of helping us understand what crying and tantrums and laughter and trembling and sweating do to allow a child to expel frustration, hurt, disappointment, grief. And that we can feel good about ourselves and them and that we have tools to build connection.”

In the last four years, all the teachers in our on-campus childhood centre learned the Hand in Hand tools for at least a quarter. She also teaches, through videoconferencing, the classes for teachers in other areas, and with those working in mainstream schools with tribal students.

Not all of them are won over immediately, she says.

“It's about four weeks of scepticism and then by the fourth week, when we get to setting limits, the “aha's” start to come,” she says.

Setting Limits is at the core of the empathetic approach. Limits provide children and much-needed guidance framework useful when their behavior is moving toward anger, frustration or upset, but are given calmly.

“As [Hand in Hand founder] Patty Wipfler says, “You don't give up, you don't give in, but you give yourself,”” Shelley says.

She recalls one teacher recently learning the approach and it transforming her attitude. “She had been so sceptical, and then she says, “I'm really liking this! I don't have to be the heavy anymore.”

This term that teacher told five others to take Shelley's class.

After years of oppression the tools offer non-judgment and support for the whole family, and help them embrace their strength.

When one tribal boy had been taunted by kids in his class for having long hair, his family supported him by holding an assembly on diversity at the school, Shelley recalls.

‘The mom was in a Hand in Hand parenting class and so she had a place to vent and be supported and it was a part of a strength of the family – it wasn't the only thing – but it supported that pro-active stance to assist her son and all the kids in the school,” she says.

Now Shelley would like to see the same kind of support extended to families and caregivers for longer than a college quarter. “That's my dream,” she says.

Join us for a free call with Patty to learn how the tools can work with highly stressful situations like medical emergencies, homelessness, domestic violence, or the loss of a family member. Get practical tools and coping strategies for your family or families you work with. Sign up here to join or get the replay.

Shelley Macy teaches and talks widely on Early Education Childcare and is a Certified Hand in Hand Instructor. You can read more about her here.