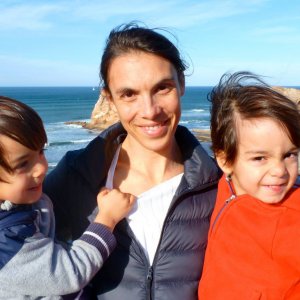 Does it ever feel like your kids are just waiting for an excuse to start fighting? Family busyness, school stress, and changes in routine can all uproot a child's sense of security. To get it back they need your warm attention, and you can be sure that they'll start to signal that need in less desirable ways – like defiance, whining or fighting their siblings – as this story from Hand in Hand Instructor Chloe Saint Guilhem shows. She shares why her sons started fighting, and how she stumbled on a playful response that helped them move past their tension and into play.

We were at end of a stressful week and I was not feeling particularly relaxed. I'd thought about my sons on the way over and decided that when we got home, even though it wouldn't be early, I would spend some playful time with them, giving them my undivided attention before I started preparing dinner because we had really missed it over the last few days.

As I arrived to pick at their kindergarten, I even told the caregivers my plan.I guess I was somehow ‘programming' myself to carry it out, but we didn't quite make it that far!

My Kids Begin Fighting in the Backseat

As we were arriving home, one of my sons negotiated that instead of parking and walking to the house together, I would drop them off in front of the house and then I would go and park the car.

I agreed to that request.

Then, as we passed the bakery, my other son decided that he wanted a chocolate candy. We had just parked by the house and so I told him that instead, I'd give them a square of chocolate at home. He insisted on the bakery chocolate candy, and when I held my limit and refused, he burst into tears and had a tantrum right there, in the car.

I Stumble on a Playful Response That Transforms My Kids Fighting 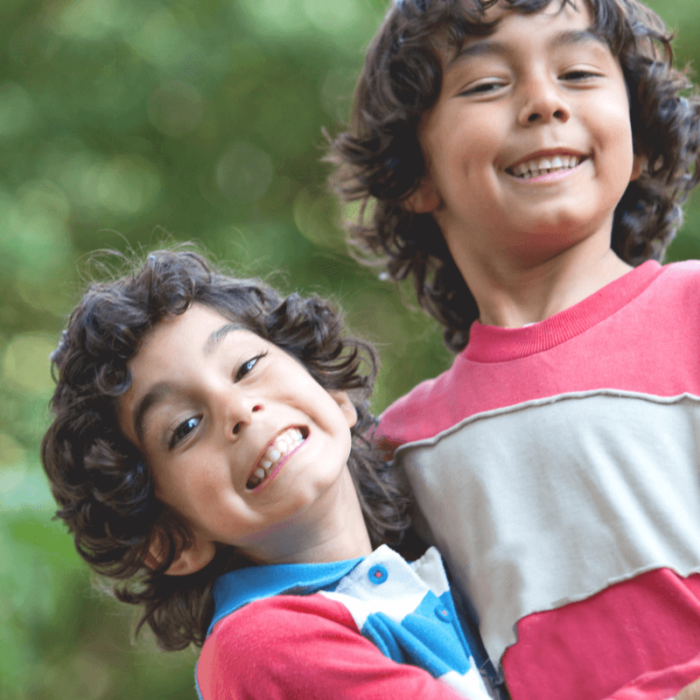 At that moment, this twin brother began shouting and hitting him. I quickly reacted to protect them from each other physically, but at the same time as I felt a rush of panic. “What was I doing? How would I stop them?”

And I don’t know where the idea came from, but as I was surrounding Lucas to protect him, I said, in a really light and powerless tone, “Please Diego, don’t hurt Lucas!”

It really was a light tone!

And since Lucas was also trying to hit his brother, I then surrounded Diego and told Lucas in the same tone, “Please Lucas, don’t hurt Diego.”

They started to laugh!

In fact, the more powerless and desperate I looked in front of their anger, the more they seemed to enjoy it, so I repeated this move, surrounding one of my sons while begging the other not to hurt his brother, several times.

Pretty soon, they were laughing hard.

After just two or three minutes of this real joyful laughter, I suggested that we should get out of the car and walk back home and they easily accepted.

Peace Remains for the Rest of the Afternoon

Back home, I took my usual five minutes to tidy up the bags we had and settle down, I then saw that my sons were playing calmly and quietly together in the living room. Since they seemed to be doing so well, I decided to change my plan to play and prepare dinner instead.I guess, they'd also been planning on getting some of my attention, and beat me to it! The play had happened, quite unexpectedly, in the car.

I still feel surprised when I think about that evening because they actually kept playing together cooperatively for almost an hour. I had all that time to take care of dinner and even relax a little myself.

A while later, and feeling reenergized, I was even more willing to spend some fun moments with them, as I had initially planned.

All it really took to gain this peaceful evening was those few minutes of responding playfully to their aggression, listening to their emotional expression, before coming home.

Have you seen the powerful effects of play like this at your house?

Why Play Heals Children's Rifts and Stops Them Fighting

It can feel hard responding to children's aggression with lightness. If you have trouble, try offloading with a listener before and after things get tense. Noticing what comes up for you can help clear space to stay playful.

There is also three things Chloe did that helped her keep playful when her kids started fighting.

Expect Tension When LIfe Has Been Busy

Chloe had expected and allowed for the fact that a busy week kept her occupied and not as playful and close to her boys. Because she sees how her attention fosters warmth, she realized that without that connection, her boys might be feeling adrift. 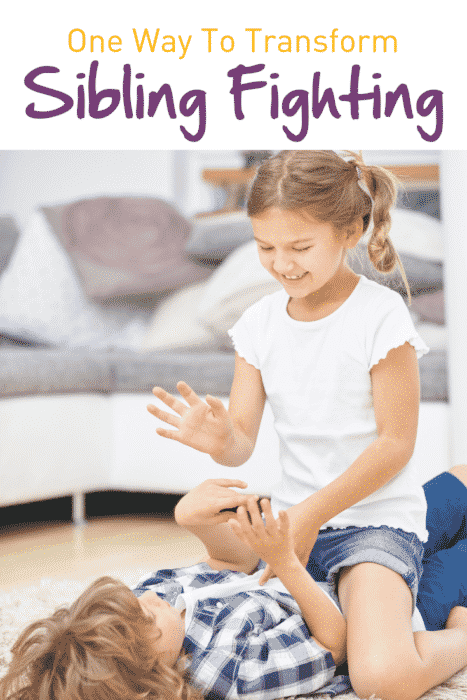 Step Into The Role of Safety Manager First

When challenging behavior shows up, Chloe is not surprised. Rather than reacting to their sibling aggression, she becomes the safety manager when fights and tears break out on the back seat. She makes her first move by shielding her children, physically setting a limit on hitting.

Chloe feels herself getting caught up thinking when she asks “What should I do?” but she is present enough to put that aside when she sees her son's reaction to her less powerful position and she moves to play. She continues to follow those giggles by acting more inept, by being bumbling and powerless around her kids fighting. The more she played it up, the more they laugh.

If we act playfully when children start fighting, we can ease the tension and melt the big feelings causing the challenging behavior, without ever asking “Who did what?” The Playlistening Chloe did, and laughter it produced, connected the three of them so much so that the boys played well together, while Chloe was able to fix dinner.

You can also set limits with humor. Read how here

For more ideas on dealing with your child's aggressive behaviors, watch this three-part video series and stop aggression breaking out in your house today. 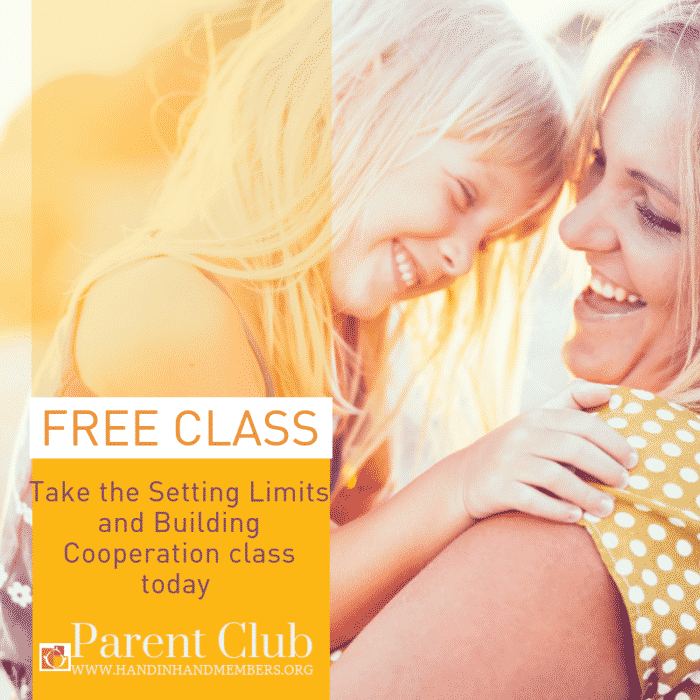