How A Gentle Approach to Aggression Made Our House a Home

I was so sad when they were not getting along and my oldest was hitting and biting, particularly because I had read so many books and was from the beginning practicing attachment parenting and positive discipline. 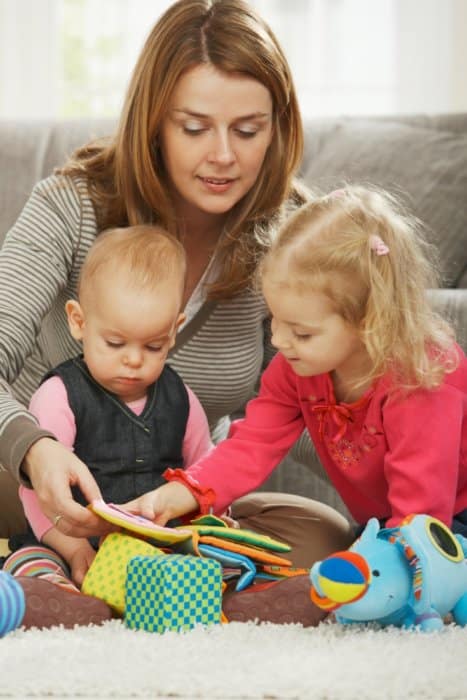 I have done four different parenting courses and have read somewhere in the ballpark of 70 plus parenting-related books, but my oldest was hitting and biting, and I was so sad that my children were not getting along.

I thought all the work we had put in “should” make it so those kind of behaviors would be rare occurrences. I was devastated when they became routine. I felt like a failure.

I was beginning to crack and stray from the positive discipline methods I had so avidly been learning, and I found myself yelling, resulting in my daughter bursting into frightened tears.

What a contrast that was to Hand in Hand Parenting.  The five listening tools that makes up the parenting non-profit's approach seemed to make fast sense to me. They were easy to implement, empathic, and still allowed me to set limits. Finally, I saw a way out of yelling.

My first try using these tools with my daughter happened over a fort she had built that her sister knocked down.  She wailed that it was ruined.  I tried the Staylistening tool. Instead of talking her out of her upset, I held her as she cried about her sister ruining and taking her things.

Mostly, I listened and told her I knew it was hard.

At some point, I told her that her sister may take her things, but that she could never take her place. Shortly after that, she stopped crying. Then she looked at me and said, “I know! We can build it again!”

I asked her what would happen if her sister knocked it down. She giggled and said, “That would be fun because then we can build it AGAIN!”

Now when my daughter hits or pushes, I look at her and she just knows what is about to happen.  She says some odd things while I hold her and she cries, but invariably after it is over she will thank me for helping her feel better. Yesterday after a rough patch at the park, I held her and she told me that she just needed to cry.

She is no longer associating her behavior with anything bad or wrong about herself, instead she is thinking that she is having a hard time inside and needs to cry.

I cannot imagine what a difference this is going to make over the course of her life. She was heading down a path that could have caused her to perceive herself as a “mean” or “not a nice” girl.  I wonder how that would have influenced choices she made in the future.

Our life has changed so radically that even people who visit us are beginning to ask questions.  Our nanny was stunned at the difference in behavior and has passed along the course information to her sister.

My father who works with therapists, has been sharing Hand in Hand's Website with board members and any one else who will listen. And a couple who stayed with us last week passed the information along to their parents and are saving it for when their baby comes along!

But the best gift for me is watching the girls giggle together and be generous to each other and has been so heartwarming.

At last, my house has become a home.

You can find out more about the online video class “No More Hitting!” Helping Your Child with Aggression and change things at your house too.